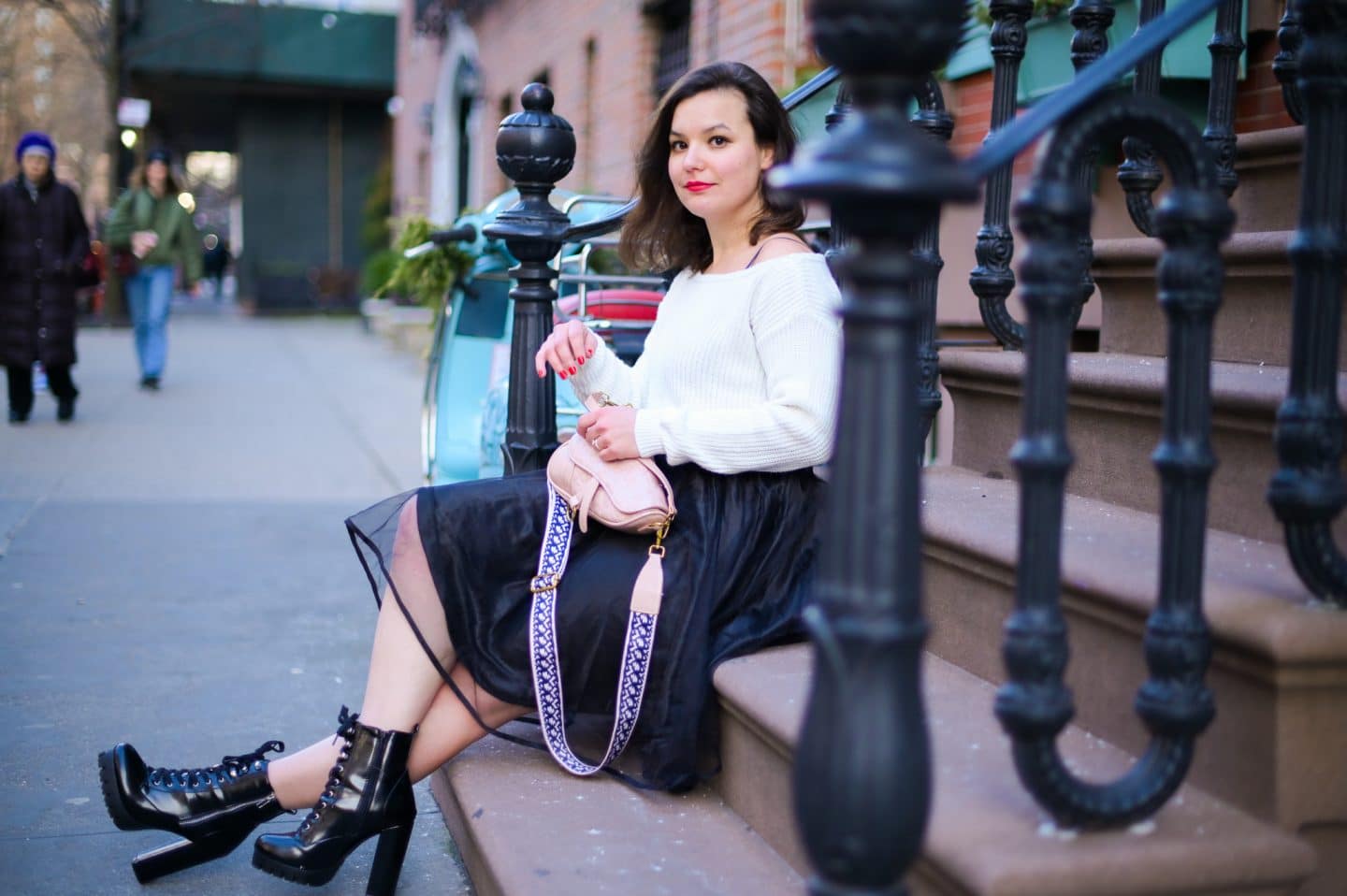 When I was 9 years old, my first migraine hit me. Back then, I did not know what happened to me. I did not realize I was having a migraine. My vision blurred, obstructed with flashing waves. I could no longer feel my left hand and arm. Upon going to the toilet, unable to grab the toilet paper, I realized that something was happening. Immediately, I told my mum and that’s how I got a taste at what migraines actually feel like.

My mum panicked, of course. The symptoms were very close to a stroke’s: weakness in the arm, trouble speaking and understanding speech, trouble seeing, lack of coordination, headache. My mum called my grandfather, a doctor, who told her to drive me to the hospital immediately. I was nine. I did not know what a migraine was. And I had no clue what was going on. Every single adult around me was panicking, which probably meant that something very serious was happening to  me.

How migraines form the pattern of my life

We drove to the hospital. I did some test, gave blood samples. The doctors thought I had an epileptic seizure. Yet, the symptoms were not right. They did not think that I could have a migraine at first. Why would a nine years old child have a migraine?! That’s way too young. After another series of tests, I was sent to pediatrics in another city to find out that indeed, I was having a migraine. It is an MRI scan that told them that.

There was more fear than pain. After all, a migraine is not life threatening. It is debilitating in many situations, however. Migraines also remain a mystery for the medical community. Few people understand migraines, many think they are headaches. That is why I wanted to share my story. And explain what actually happens to my body when a migraine hits me. I also would like people to stop qualifying a strong headache as a migraine. Indeed, considering the impacts a migraine has on your body, it should be considered a disability.

Many things can trigger migraines. To this day, I still have no clue what triggered a migraine in a nine years old child. However, I know what triggered them later on: lack of sleep and stress. Migraine triggers may also include hormones, the weather, your diet, etc. When I was in junior high school, I was quite the party girl. I attended sleepovers every other weekend. Obviously, I did not sleep much. During that time, I had a lot of migraines. When I stopped partying, the  migraines stopped.

When I was in high school, my English teacher terrified me: he was not kind to me, always gave me bad grades even when English speakers proofread my homework, did not give me the clemency he gave other students, etc. The mere thought of his class was enough to trigger a migraine. Later on, at university, and during my first exchange abroad, it was stress that triggered most of my migraine. The silver lining is that I had to learn how to manage stress and cope with anxiety. I became really good at it. Thus, migraines became scarcer and weaker.

Until last week. I had four migraines in a row in just a week. Some were very strong and knocked me out for a day each. Others were weaker and although they exhausted me, I was still able to function at work the following day. But I can confirm that the increase in responsibilities at work, my involvement in social media and everything I do outside of work, contributed to increasing my stress levels. It seemed that I reached my limits.

The stages of a migraine

Now, let me tell you what migraines actually feel like. After all, it is the point of this blog post. Migraines are different for each person. The intensity, the symptoms, the auras, the length, the strength, they all change from one person to another. My migraines always start the same way: weakness takes my body over. That’s the first aura. I feel weakness in my whole body. Then, my vision starts to blur. Usually, half my field of vision blurs. I only see half faces. Then, the waves starts dancing in my eyes. Once I see those, I know I am done for.

Then, my mind starts giving up. I have difficulties speaking, thinking clearly, I can’t synchronize my thoughts to my mouth. I am no longer able to write down my name. That is one of the most frustrating aspects of a migraine. I am not able to articulate what is happening to me… and witnesses to a crisis tend to panic, which contributes to making it even more stressful for the person having a migraine.

Something very scary that also happens to me is that I am no longer able to  work out where in space and time I am. I may have been walking every single day for a year along a particular street. When I am having a migraine, I will not recognize that street. My memory and reflexes momentarily switch off when I have a migraine.

At this point, I can’t see, I can’t talk, I can’t think, I can’t function. And then, start the paralysis. Half of my body will be numb, paralyzed, unresponsive. The sensation will go up and down my body a few times until it eventually goes away after a few hours. When it does, the sensation is the one of burning under the skin. The longest migraine I ever had, lasted forty-eight hours and the shorter a couple of hours.

Usually, that’s when I am finally able to fall asleep. Because a migraine proper knocks you out for a day. I would sleep a few hours and awake because of an urgent need to vomit. Which would signal the end of the crisis. However, the migraine is not really over. After vomiting, a very strong headache hits and marks the beginning of the migraine hangover. Then, I would still have a very weak stomach, my head would hurt a lot. Plus, I would be very sensitive to light, I would not be able to focus on anything and basically, I am just as unable to function as during the migraine.

Even when the migraine is “officially” over, the auras are gone and the hangover fades away, I still feel the effects of it all. I am tired for at least a day or two, hyper aware of anything that may trigger a migraine or even remotely look like a sign that a migraine is coming. To sum up, it is not fun. It can really have a big impact on your life. Because so few people are actually aware of what migraines entail, and are most likely to think they are headaches, I always feel very awkward telling my boss I can’t make it to work because I have a migraine.

Why are migraines still a mystery?

Unfortunately, since migraines are not lethal, they were never a priority. Furthermore, like everything that is remotely associated with feminine health, migraines were dismissed as something intimate that should not be spoken off. Migraines are  one of those little inconveniences in a woman’s life like her period or menopause and thus, never given proper attention. Which in part explains why there are still so few information on migraines, what causes them, how to treat them, etc.

The thing is, migraines are not specific to women. And they also can really impact a life. Both my maternal grandparents suffered from migraines. My mum does too. And as a result, most of her children do too! So there is a genetic component to it. However, each person will experience migraines differently. Thus, you cannot generalize what migraines are. One thing that every single person suffering from migraines will confirm however is that they are a f*cking pain in the *ss and that we could all do without! 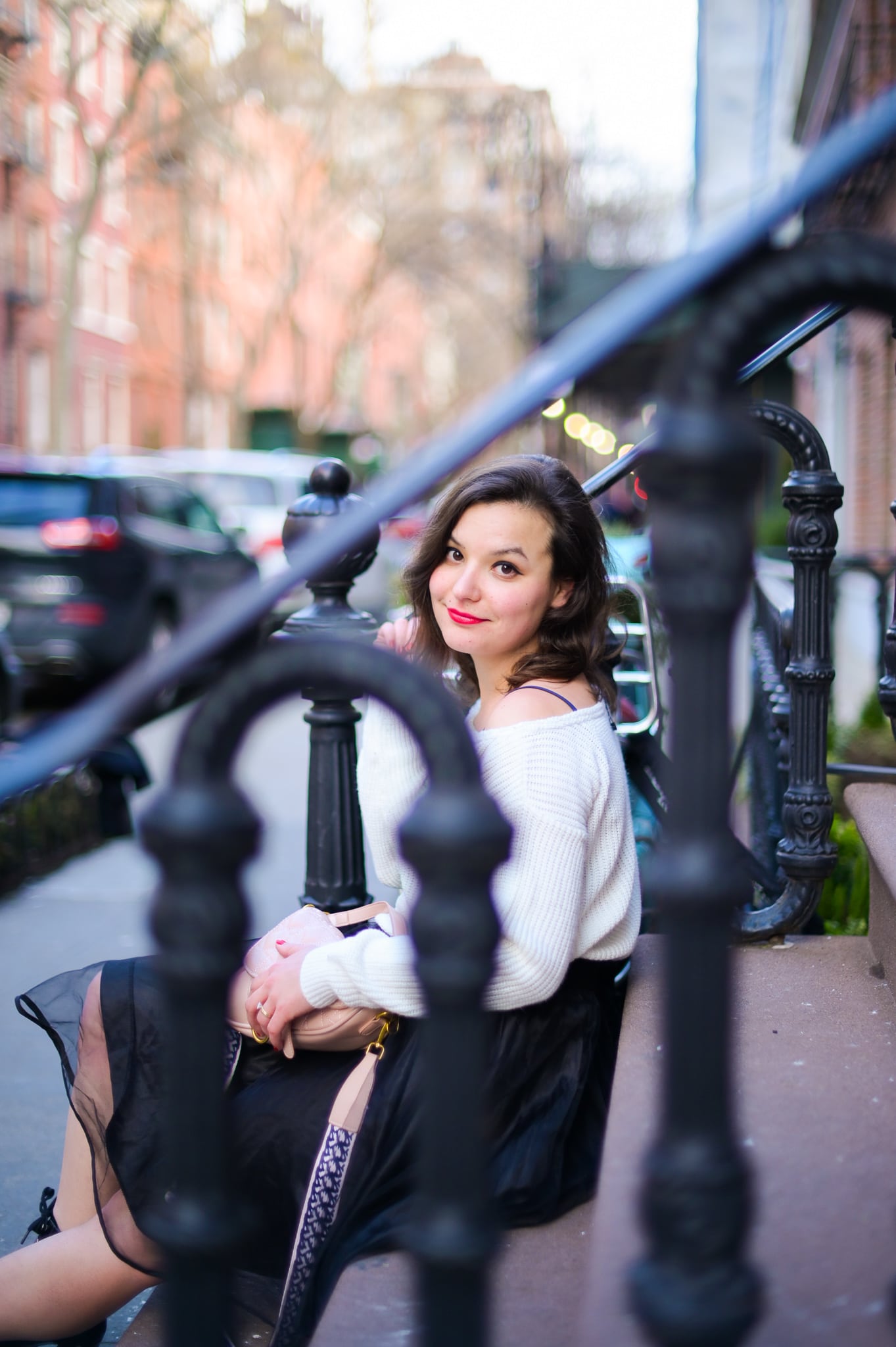 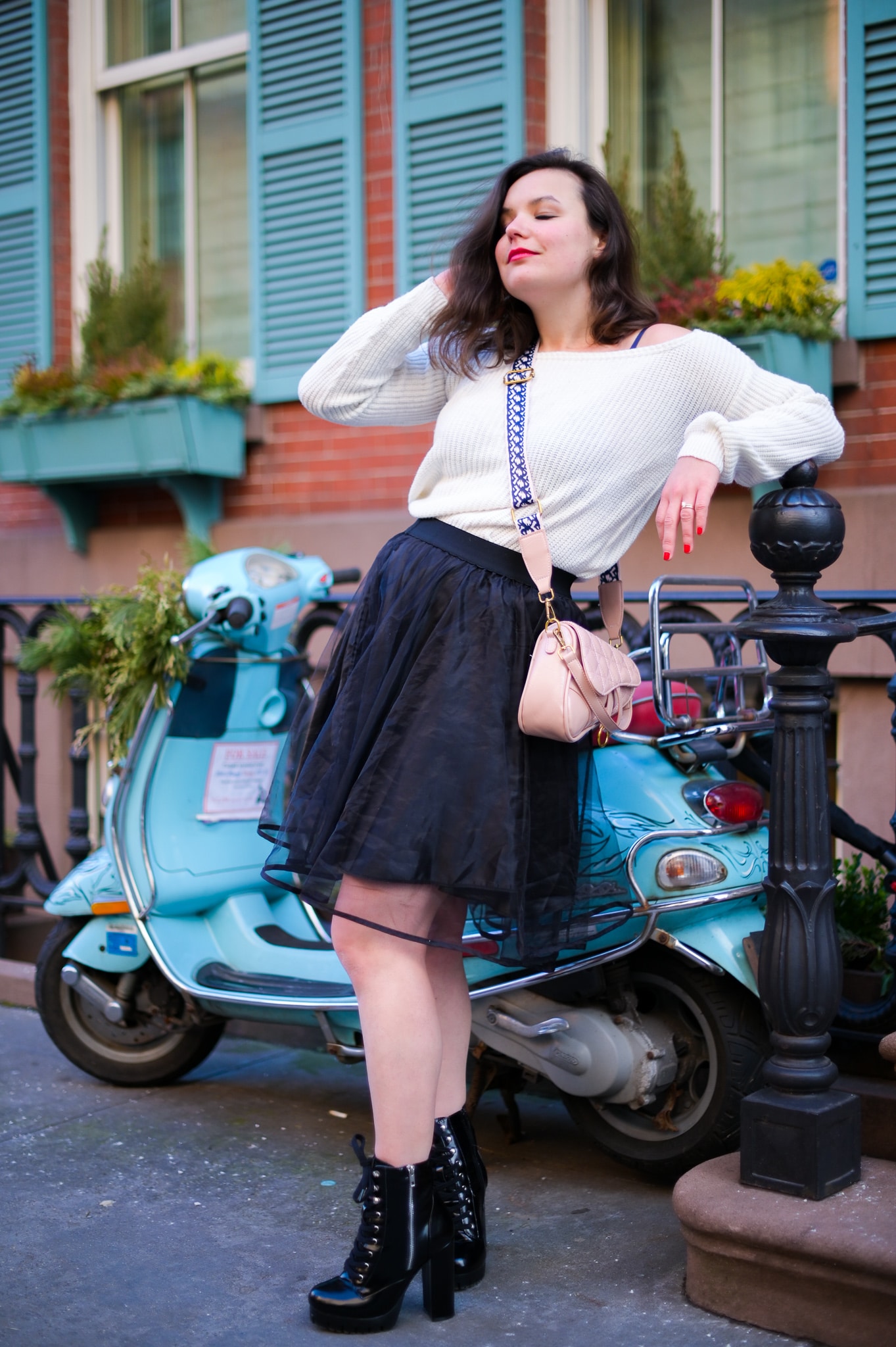 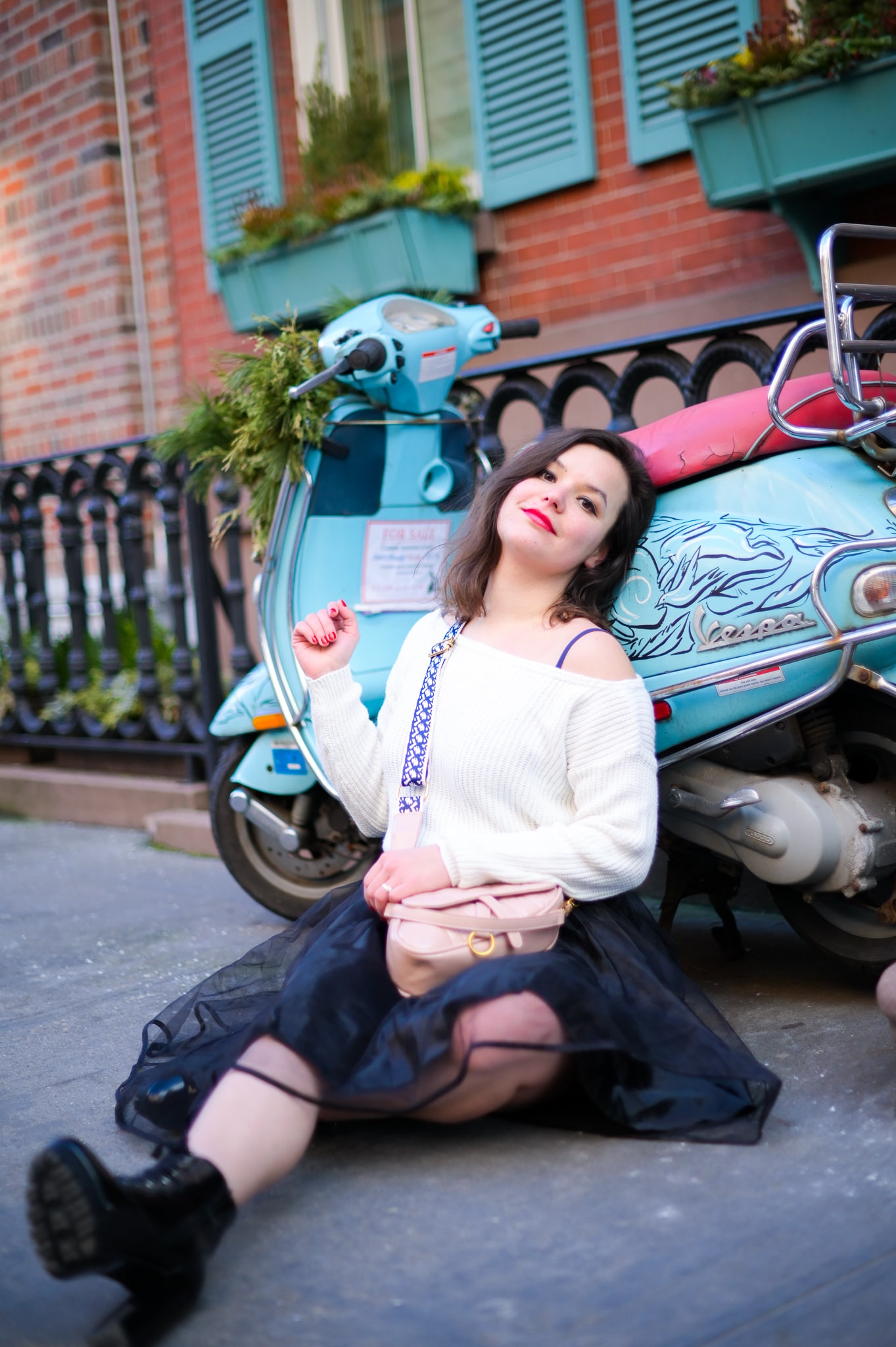 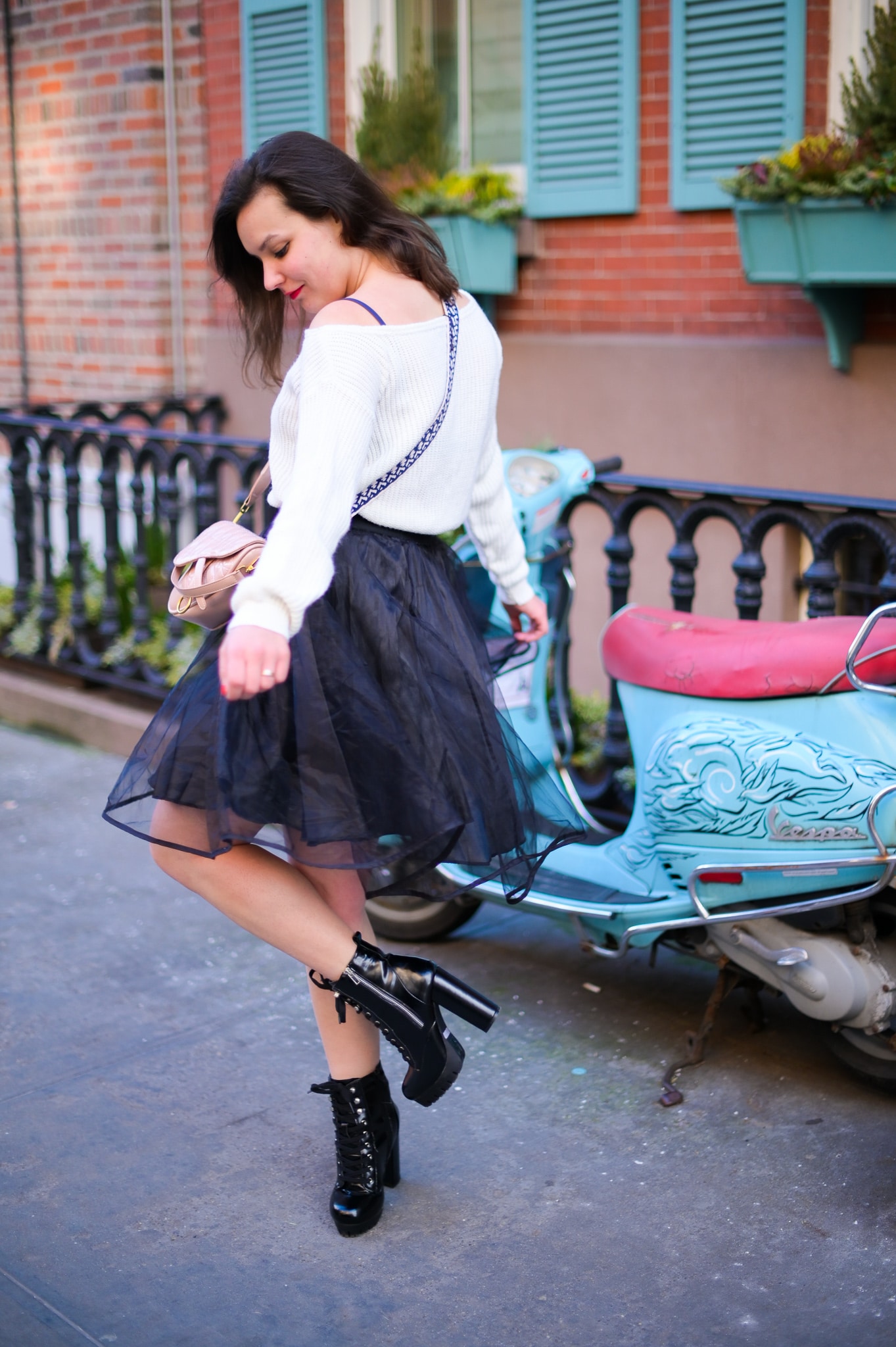 Do you suffer from migraines? Have you ever had one? Are they frequent or rare occurrences? How do you cope with migraines? What triggers them for you?