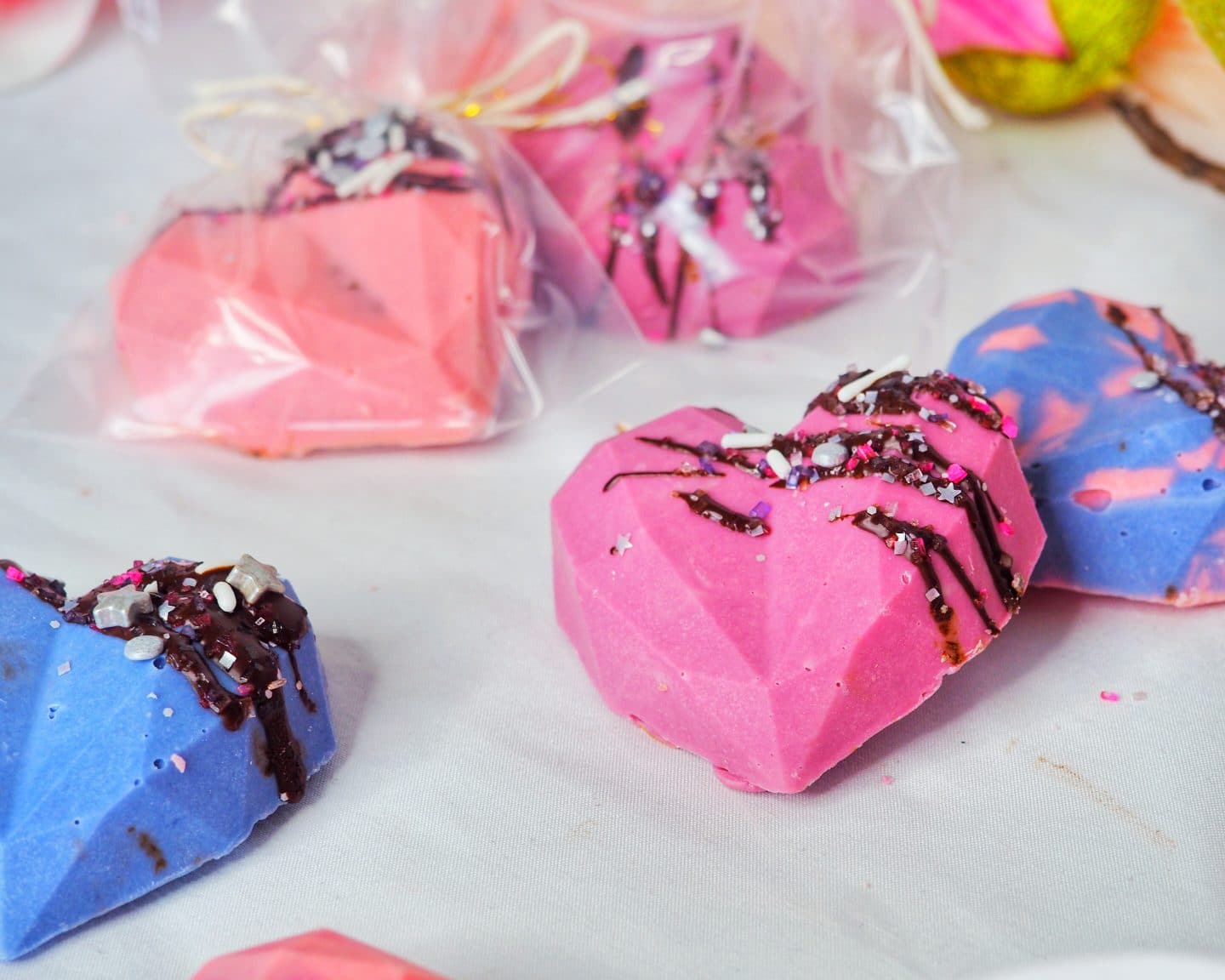 I have periods where I bake all the time and others where I do not bake at all. It comes and goes. It is weird is it not? To be fair, the previous two times I baked, the results were not as expected. Big failures, that is what they were. So, I did have a break after that. I am not gonna go further on what I tried to do. Maybe it was a bit over my skills. However, those geometric diamond chocolate hearts are not.

Lately, I have felt like I could bake again. And try some new recipes. Biscuits, mini loaves and cupcakes were at the top of the list. But you know me, I have very bad luck with cupcakes. I did try to bake some but, although they tasted great, they did not look good. The batter brimmed over the baking cases so there was no way I could add buttercream atop.

However, nothing is ever wasted. I recycled the cupcakes. As part of this geometric diamond chocolate hearts recipe. To be fair, they are so easy to do yet delicious and so Instagrammable! So here the recipe should you like to give it a go too! 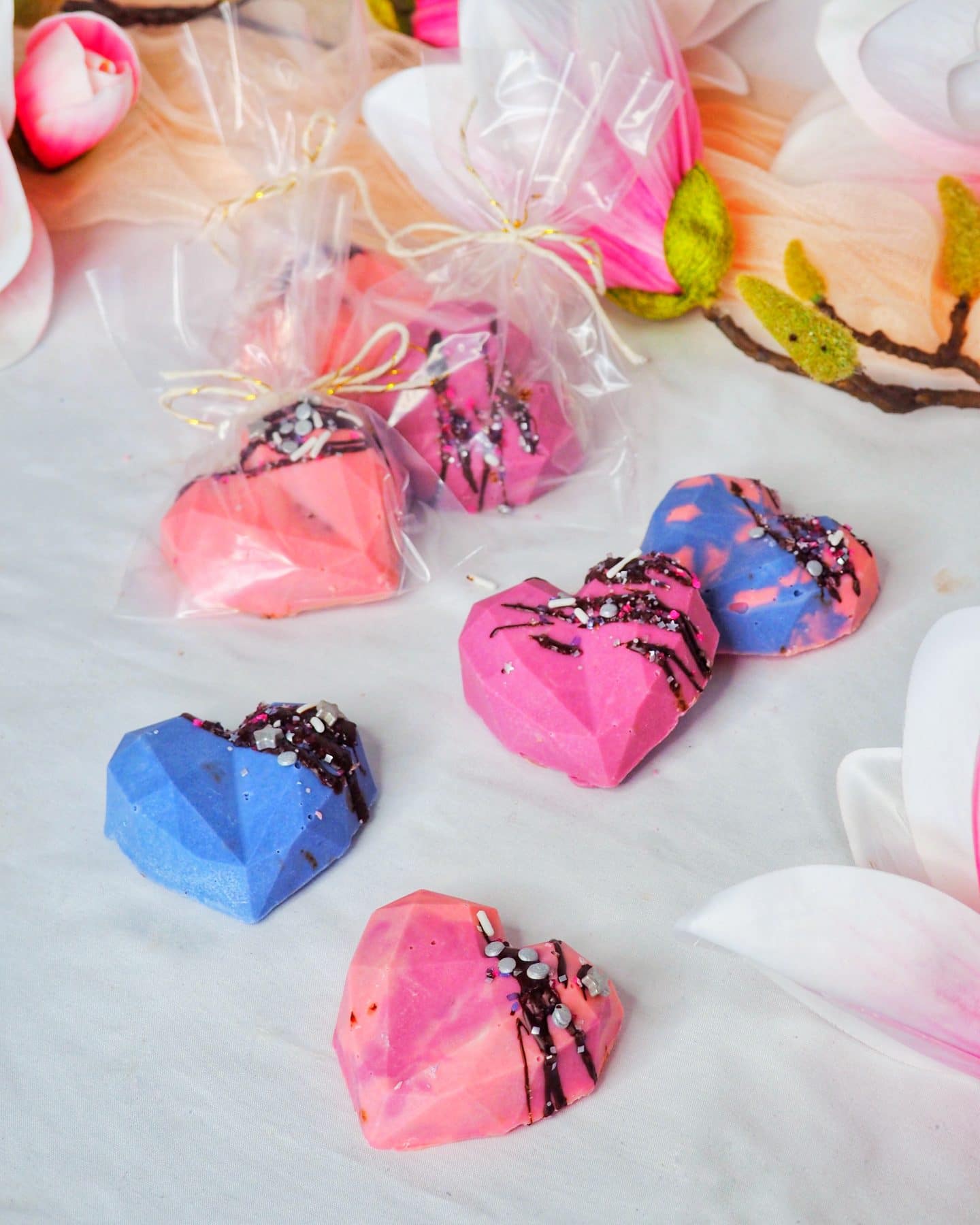 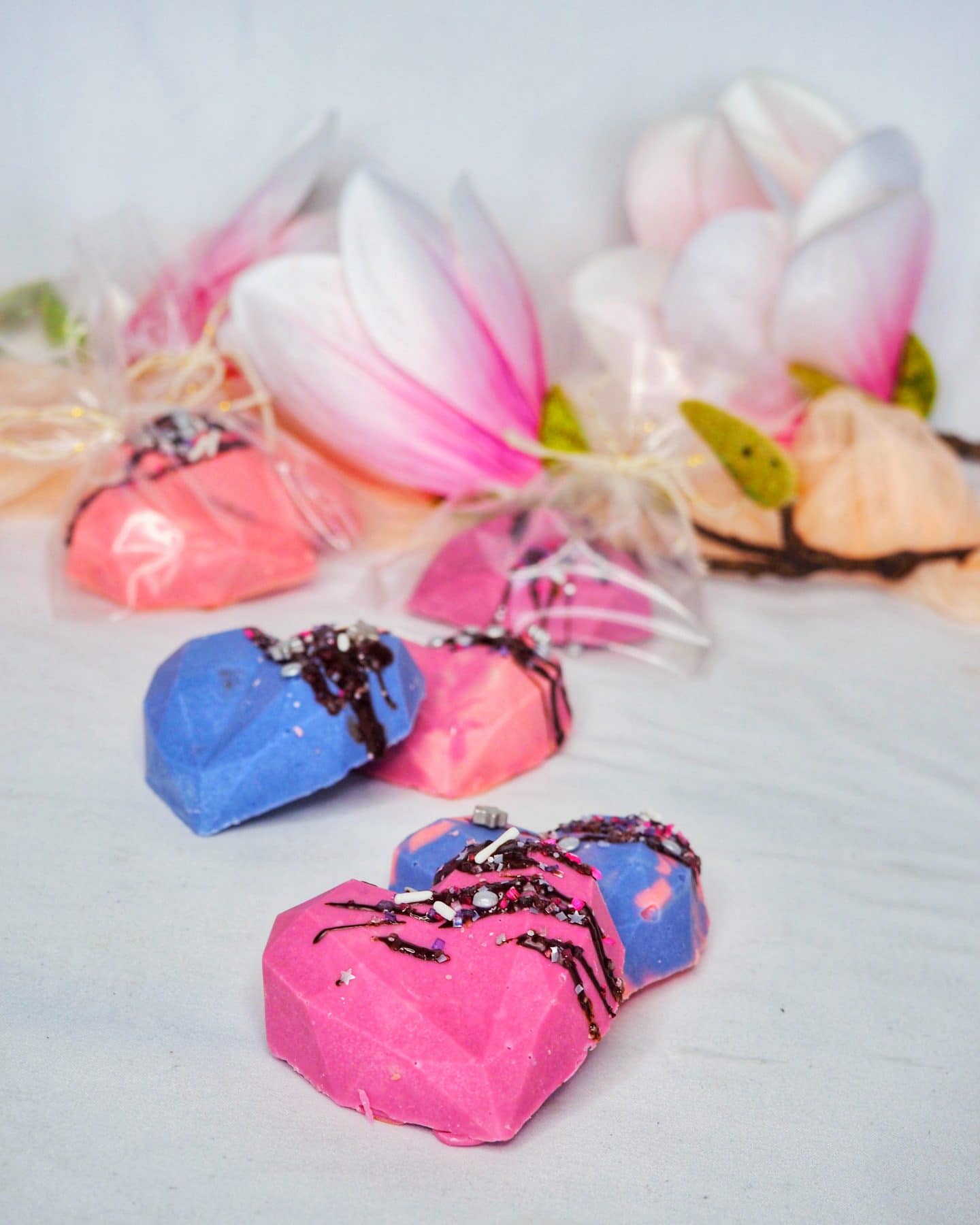 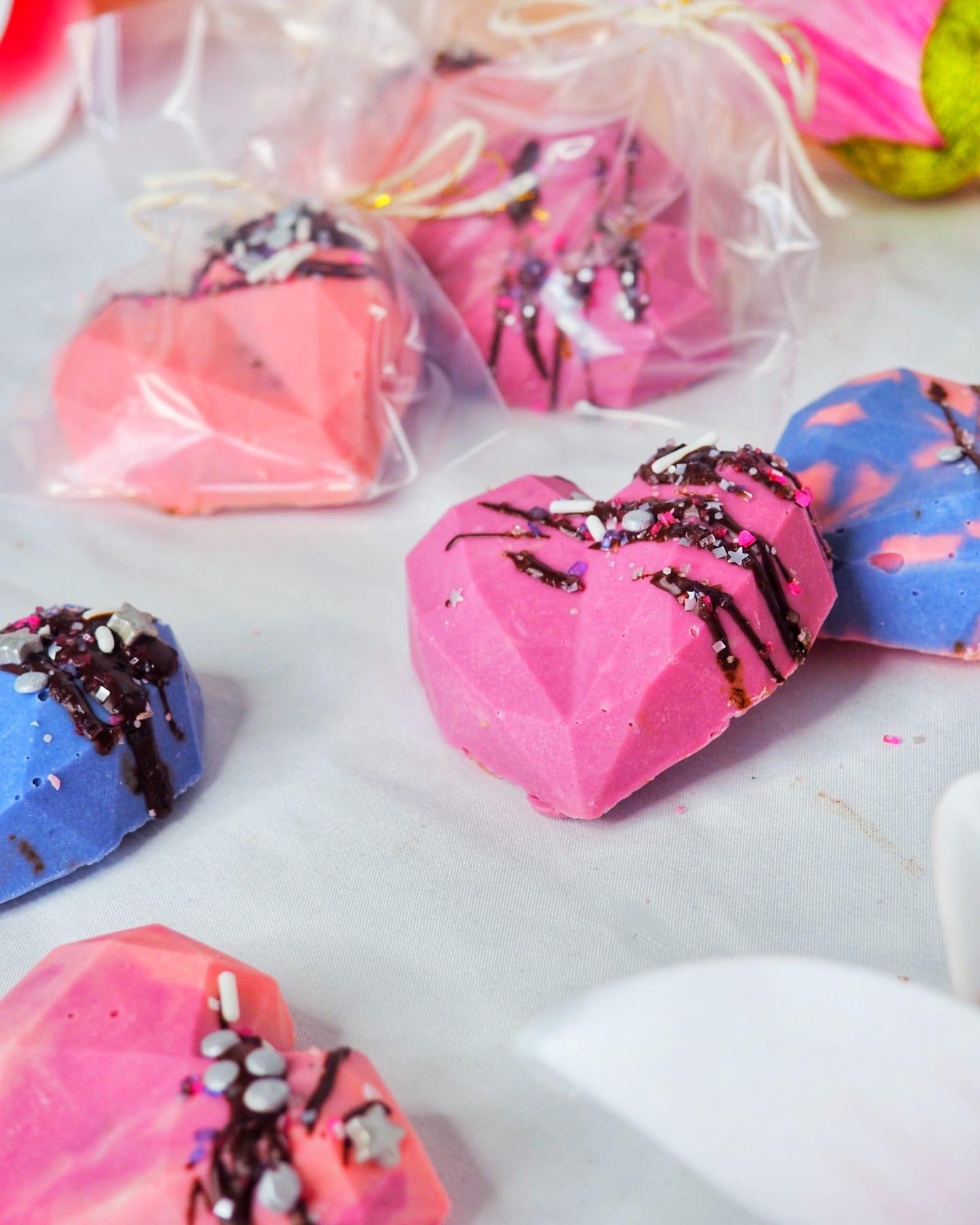 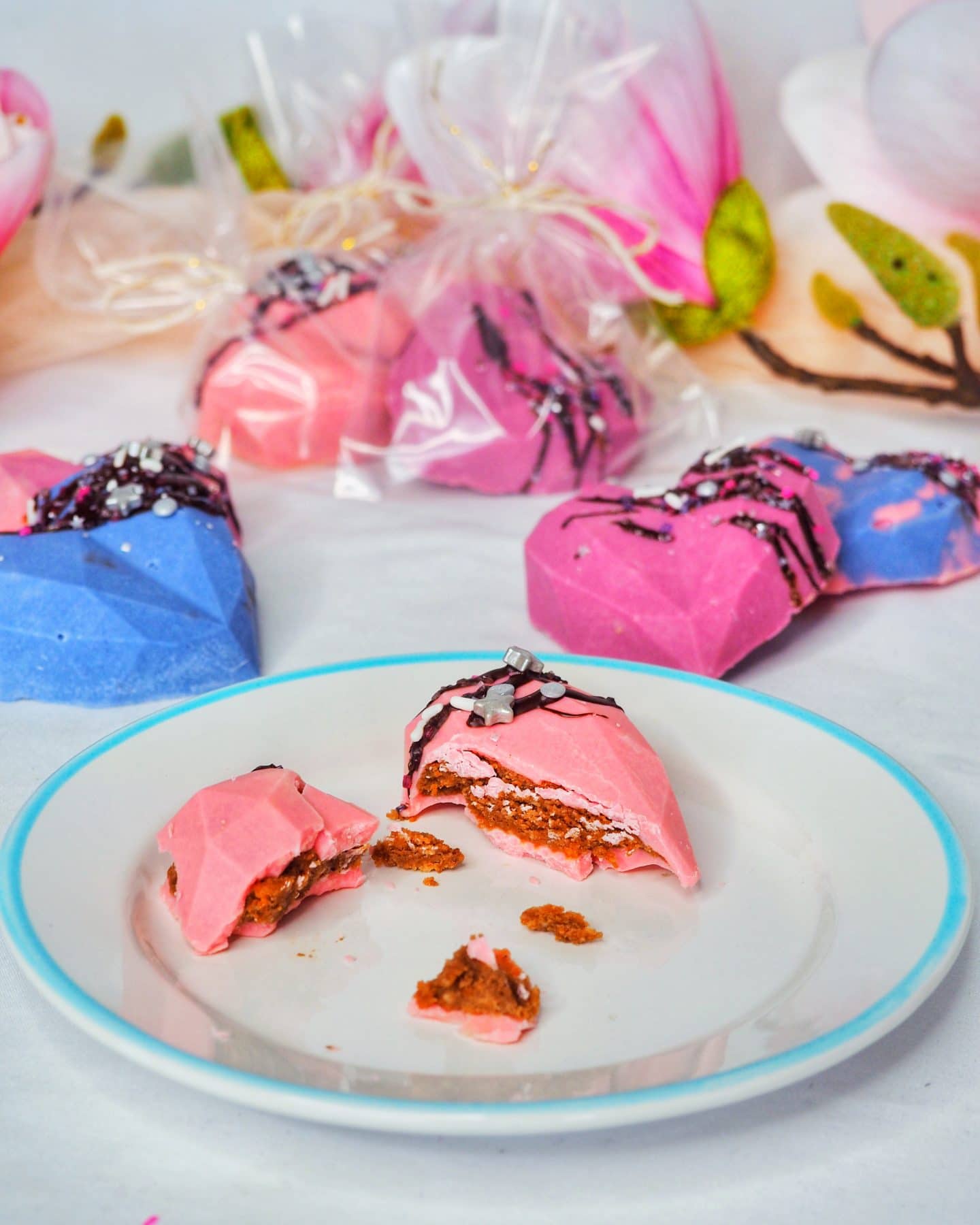 What do you think of those geometric diamond chocolate hearts? The shell is made of white chocolate and the filling of cupcake and buttercream. Quite fast and easy to make, it is also a very pretty treat!

Will you try to make it too? Let me know in the comment! Add some photos should you bake those geometric hearts!