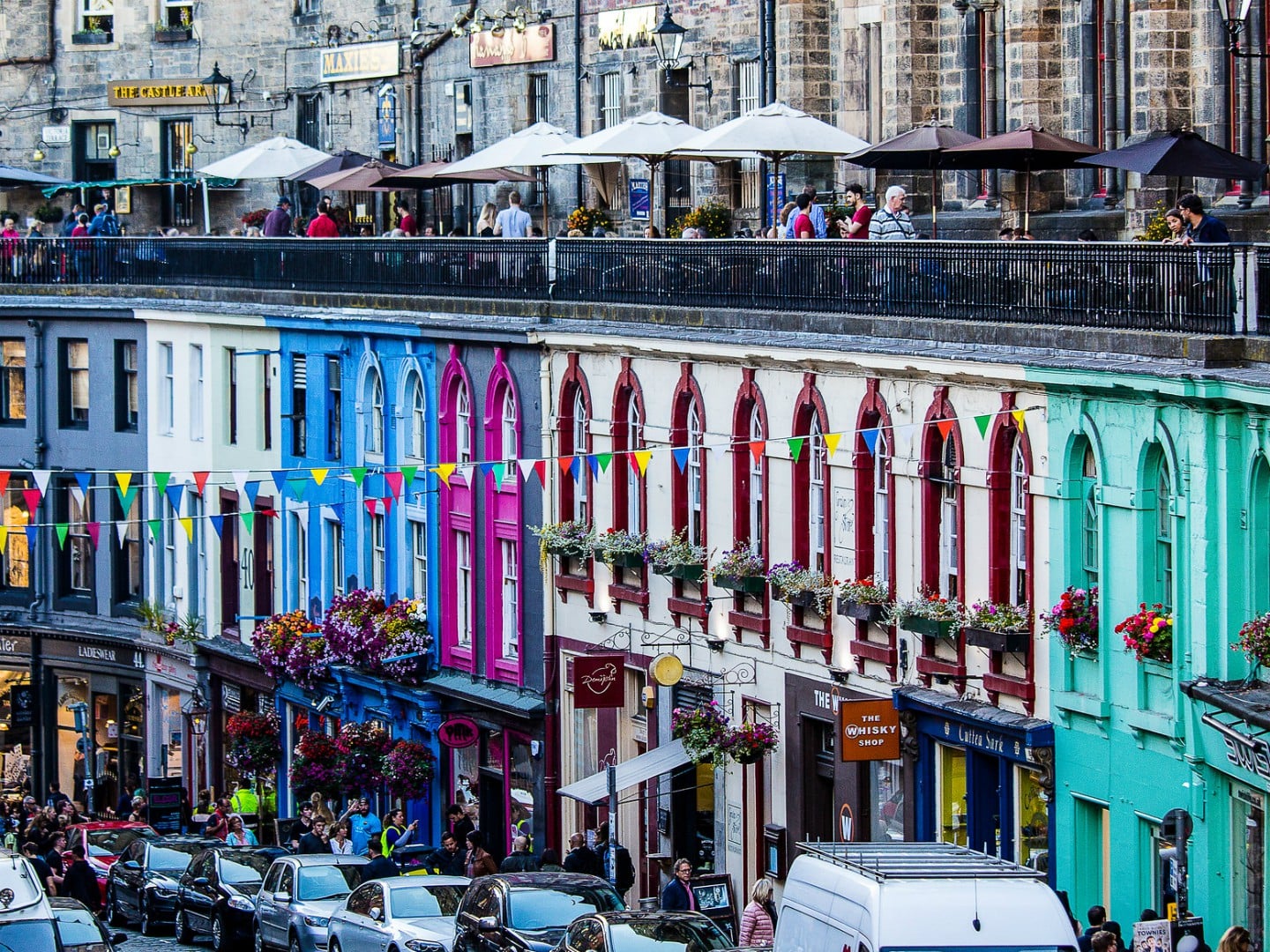 I moved to Edinburgh back in 2016 for my master’s degree. I mostly studied, sometimes also partied, often drank too much coffee. That year also gave me the opportunity to try out different foodie places in Edinburgh. I also explored the city and found some of the most Instagrammable places in Edinburgh. Back then I was an aspiring blogger, barely starting and mostly doing flatlays. Yet, I still did like the occasional colorful Instagram photo of this gorgeous city!

Actually, to be honest and transparent, I had done a little bit of research even before moving to Edinburgh. While I was doing an internship in London, I was already browsing Buzzfeed for the best Edinburgh places to visit and things to see. Now, they are not the most Instagrammable places per se. Especially because things may have changed since. But, they are my favorite Instagrammable places. Because some of them are just about food and that Instagrammable food that looks pretty but tastes either blend or horrendous is not worth your time! If you are looking for some food places in the Scottish capitale, head over here!

6 Instagrammable places in Edinburgh that are worth it

The Meadows, n°3 of Instagrammable places in Edinburgh

The Meadows are a long park located behind the university and marking the end of old town. Once you cross the park, you end up on Bruntsfield, which has a lot of super cute cafés and other places to relax. The Meadows is one of the most Instagrammable places in Edinburgh during spring! Why? Because the lawn gets covered in hundreds of daffodils and crocuses that blossom early spring and stay there until summer. It’s a great spectacle of colors and makes it worth the visit. I used to go to the. Meadows for a run, just for a chill or even for a pick-nick. The park indeed as some barbecue spots. The Meadows Festival takes place in June and offers a lot of activities, street food or performance.

I am not gonna lie, it is not the most Instagrammable place in Edinburgh but it is a great place for breakfast and brunch. The inside is cute and cosy, with wood tables and blue tea sets. The food is absolutely delicious and 100% Instagram worthy. You got it, I love this place and I think it is amazing. It is also fairly cheap and offers a wide variety of food. My favorite is the Kili breakfast which is a typical. Scottish breakfast with haggis, sausages, and so on.  The vegetarian option is also delicious and it is the version I often ended up going for. Trust me, you are gonna love it! Make sure you go there early though, as it is not a big café and spots get filled up pretty quick! Not one of the most Instagrammables places in Edinburgh maybe, but still a most-do! 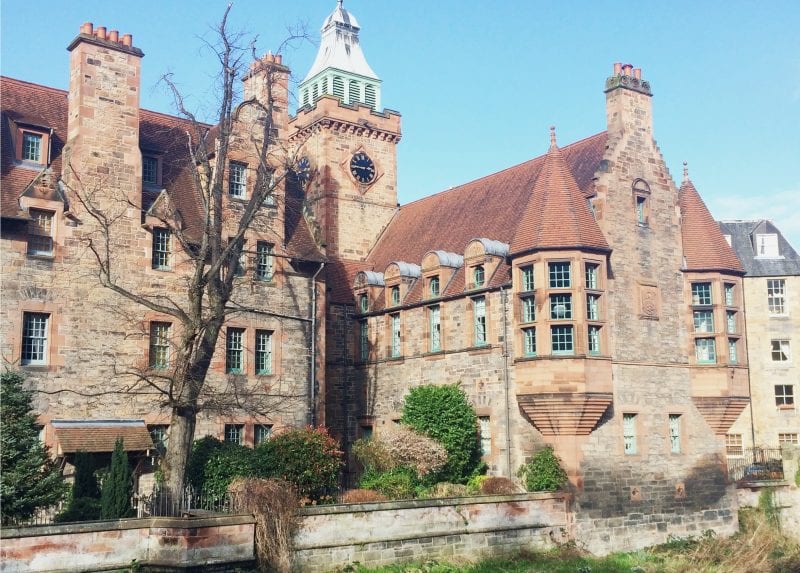 Dean Village, not Dean’s Village. That’s how I used to call it. But it’s wrong. It’s Dean Village. It is a former medieval village located northwest of the city center. It used to be a grain milling area and you can still see some remnants of old mills along the Water of Leith, the main water body crossing Edinburgh. You got it, the village is very old. But it is also super cute and very Instagrammable. You have yellow houses, flowers climbing up walls during spring, gorgeous architecture and overall, it is a great place for a nice walk. You can follow the river until Stokebridge then walk on Kerr Street before getting back to the city center. It is quite small so the visit won’t be long but it is still a sight to see.

Wanna learn something today? Edinburgh was built on seven hills. Just like Rome. However, the city is called the Athens of the North? Why? Because it became a major center of education and knowledge center but also. because its architecture recalls ancient Greece. Although the most popular hills are Arthur’s Seat (an old volcano) and Calton Hill, my favorite is Blackford Hill! First, it offers the best view of the city: a full panorama. Second, it is the nicest walk back to the city,: you’ll get to walk through the forest. It is so quiet and peaceful, yet so close to the city. Just amazing! Make sure you wear appropriate shoes as the paths become quite muddy and slippery with the rain. I do believe Blackford Hill belongs to the list of most Instagrammable places in Edinburgh although it is a different kind of “Instagrammability”. 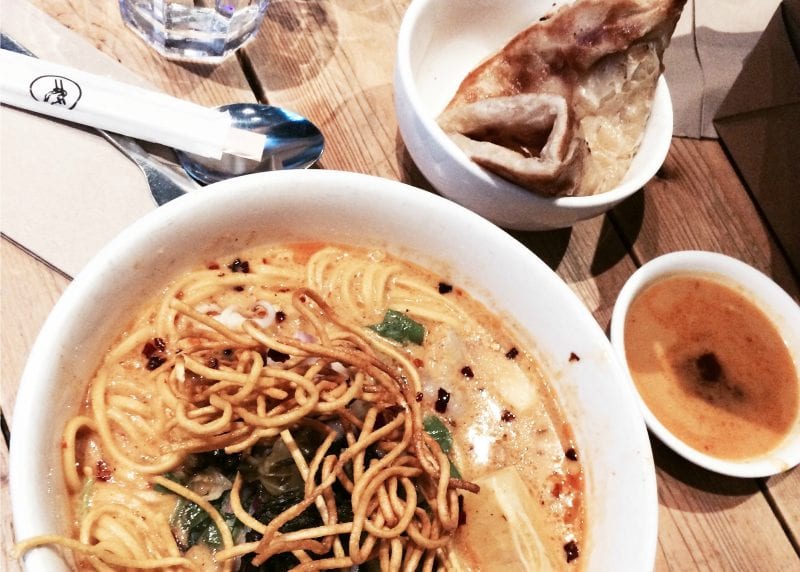 Again, the place itself is not that Instagrammable although it is cute and rustic. No, what makes this place so amazing is the food. No need to give away of lot of hints about what it does, am I right?! Thai food! And the best in town at that! In my opinion. At one point, I was going so often with my friends that it could have become our official canteen. The restaurant is incredibly well located by the university and a few minutes walk away from old town. The place is rather small and due to its popularity, it is always packed. Thus, make sure you either come before 12pm or after 2pm to avoid the crowd and make sure you get a table. Because they do not offer reservation. First-come, first-served basis. But I guarantee it is worth it.

Yes, Victoria Street is that street in the first photo of this post. With all the super colorful houses. I bet Notting Hill is jealous. The street is not only famous for its vibrant buildings but also, and rather important, for being the inspiration behind Diagon Alley! You know where Harry Potter and co go to buy all their school supplies before the year at Hogwarts starts! The street is on two levels. You can access the second level via stairs on Victoria Street or via the Royal Mile.

You will find there, a lot of bars, cafés and shops but also Harry Potter shops! If you walk down the street, you will end up on The Grassmarket, which also has a lot of pubs and hosts a Vintage Weekend each April. The square is right below the castle so should you want to visit it, you would just need to climb some stairs. It is a really cute square and a must-see in Edinburgh. One of the most Instagrammable places in Edinburgh for sure!

What are your top Instagrammable places in Edinburgh? Or your favorite ones? Have you already been to Edinburgh? If you’re planning on visiting or moving to Edinburgh, where would you go?

Thanks for reading, I hope en enjoyed it.