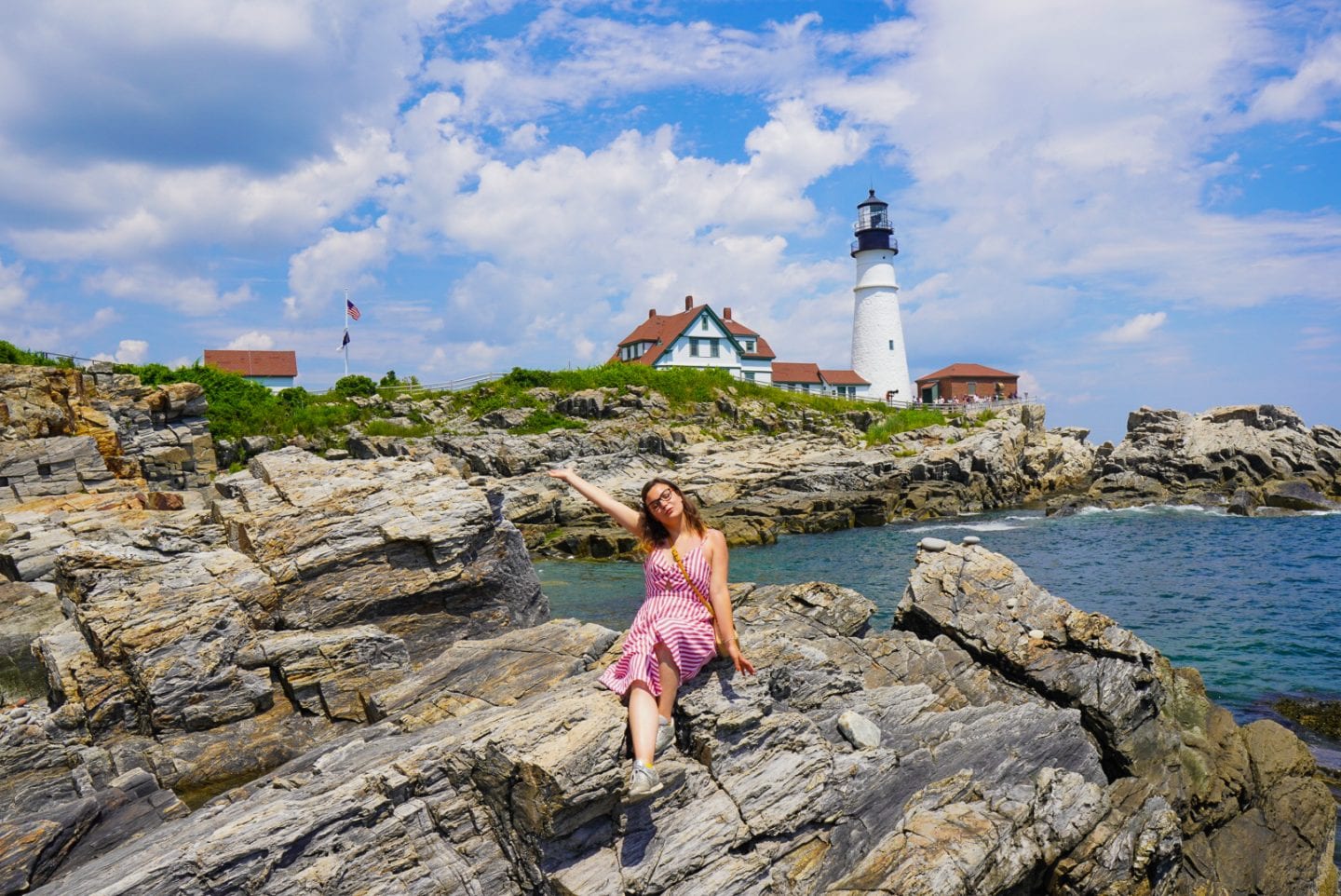 If you’re not from the US, maybe you know, maybe you don’t. BUT, the 4th of July is Independence Day and therefore a Federal Holiday in the States. Which we totally forgot about my husband and I. More than thrilled with the idea of a 4 day weekend, we did not have any plan. Thus, while Philip decided to go to the lab on Friday, I decided to go on a road trip with my blogger friend, Colette.

That was our goal. An ambitious one, that we managed. We got to see 4th of July fireworks, a bit of the north east coast of the US, so get ready for our road trip itinerary!

Our first destination was Newport in Rhode Island, which actually is on an island. We left New York on Wednesday, after my German class and drove up north till really late at night. We got stuck in traffic, so here’s why, and stayed at an AirBnB just 5 minutes walk away from the city center. Just so you know, Newport isn’t a very big city, with roughly 25000 inhabitants, but as a seaside town, it is very touristy.

Our day in Newport was the busiest day we had of all four. First of all, even though it is a small town, it stretches quite far on the coastline and we did a fair bit of walking. Second of all, there were quite a few things to see! We woke up around 9.30am as we were so tired from the drive and walked around town for a bit to get lunch. Then, we headed over to the coast and Cliff walk. Cliff walk is a sightseeing walk on the cliffs. One side you have the ocean, the other side you have holiday villas and old mansions.

We walked along the cliff walk till half way before heading over to the old mansions that date from the gilded age. It is a time of US history with a very rapid economic growth in the late 1800s to the beginning of the 1900s. If you want to visit the mansions, you need to buy a ticket and they are not cheap. So choose wisely. We decided to go for The Breakers ($26) which use to belong to the Van Der Bilt Family.

The Breakers was built according to Italian palaces, especially when it comes to the inside decorations, with gold mold, paintings on the ceiling, indoor fountains, etc. The house if absolutely beautiful and faces the ocean. The garden was a bit underwhelming as I was expecting more flowers and colors. 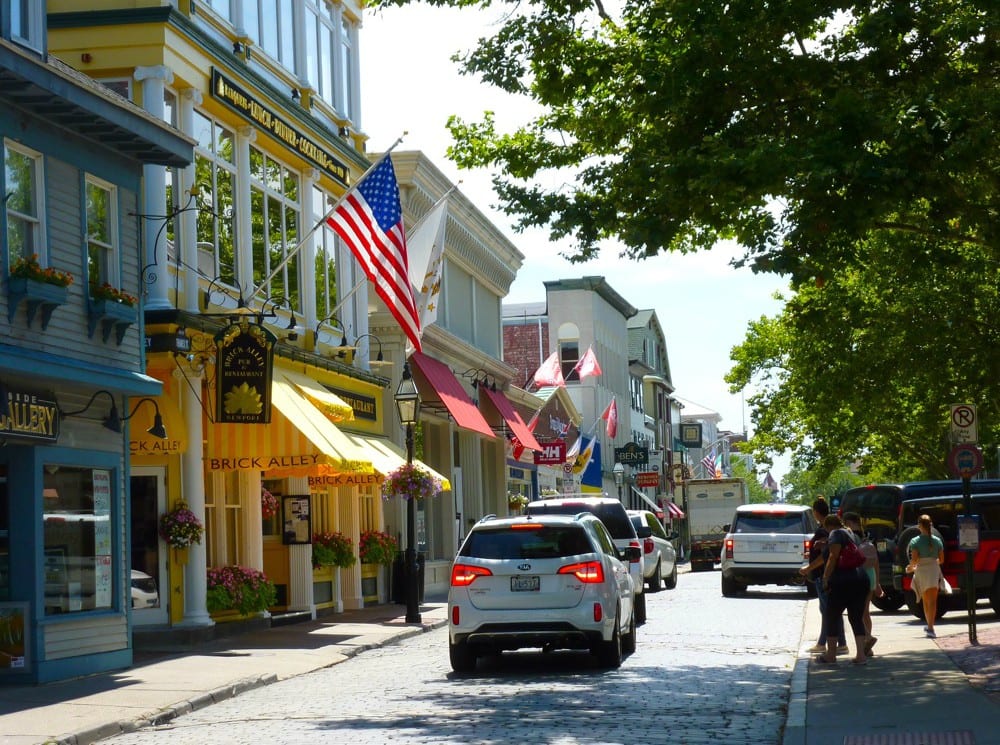 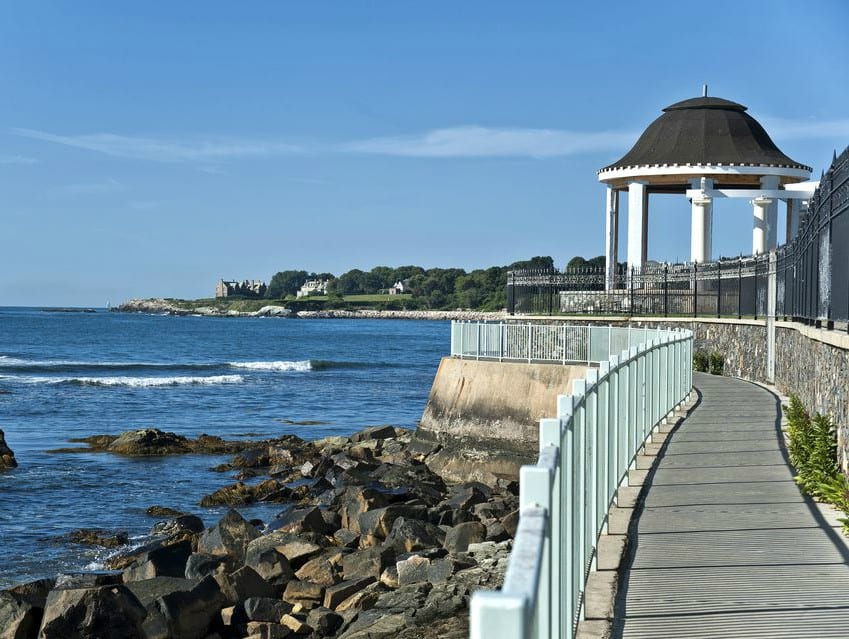 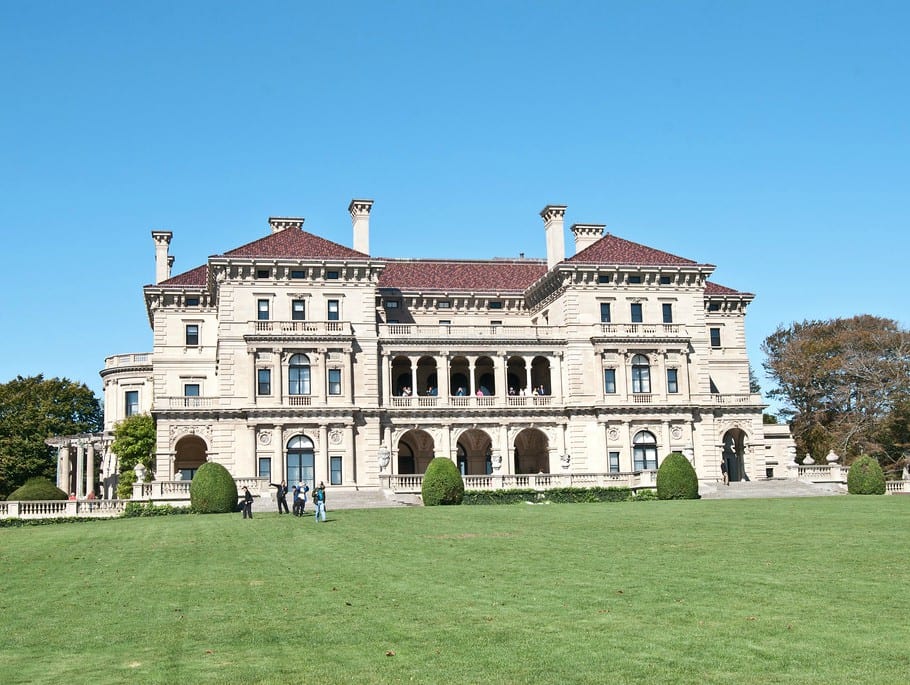 We left Newport not so late in the evening to drive to New Bedford, MA, where we had our AirBnB for the night. That’s where we watch 4th of July fireworks from. We did not often sleep in the next city we were visiting as the trip was quite last minute and there was not many lodging options left.

We left New Bedford and headed over to Woods Hole to get our ferry to Martha’s Vineyard. The ferry is very cheap if you do not take your car with you and does not require reservation. However, there is no parking at the terminal so you need to pay a parking inland and take a free shuttle. The crossing is 45 minutes and there are ferries once an hour on average, either to Oak Bluffs or Vineyard Heaven. We decided to go to Oak Bluffs.

Upon arrival, we walked over to the Gingerbread cottages which used to be Methodist camp meeting houses. Laced with fanciful gingerbread details in an array of shapes and colors, they are the cutest to look at and the perfect background for photos! There are quite a few of them in many different colors along with a museum.

Once our photos done and the area explored, we headed to the beach for a swim. The water was not too cold and it was so hot outside that it was of course perfect! Around 7, we went for dinner, still on the island, and then headed back to the harbor to take our ferry. We arrived rather quick back on land however, the shuttle took so long to arrive, we lost an hour and thus had to drive very late at night.

It was also my first time driving in the US… and the highways and main roads are not lit at night, which made it very hard to see anything. Signaling is not always accurate or there at all, so sometimes exits arrived a bit suddenly. Drivers pass you from both left and right, making it quite an intense experience if you’re not used to it! But that’s part of the adventure, am I right?! 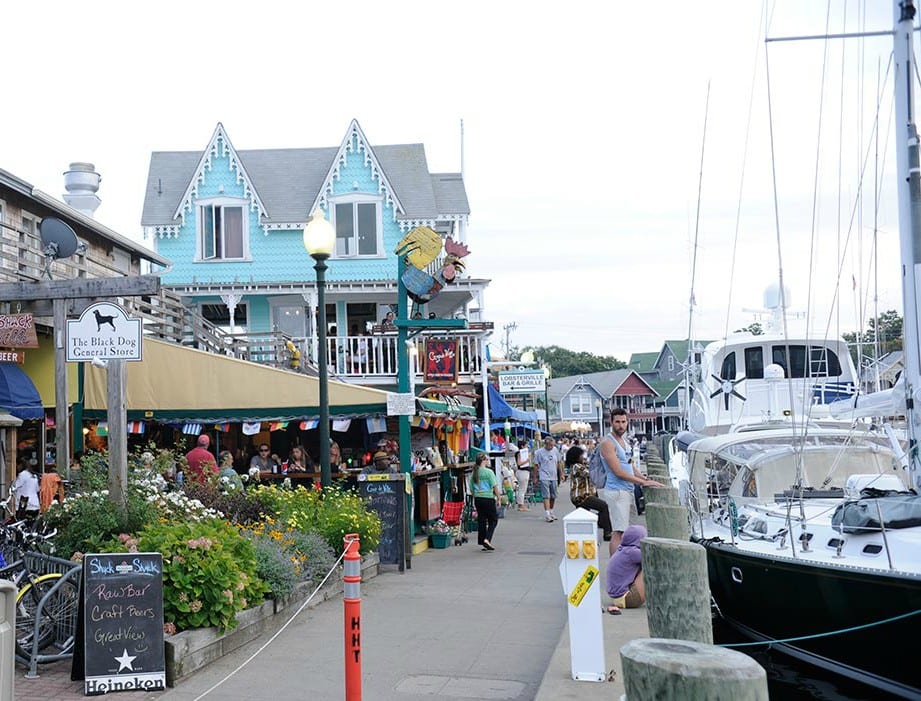 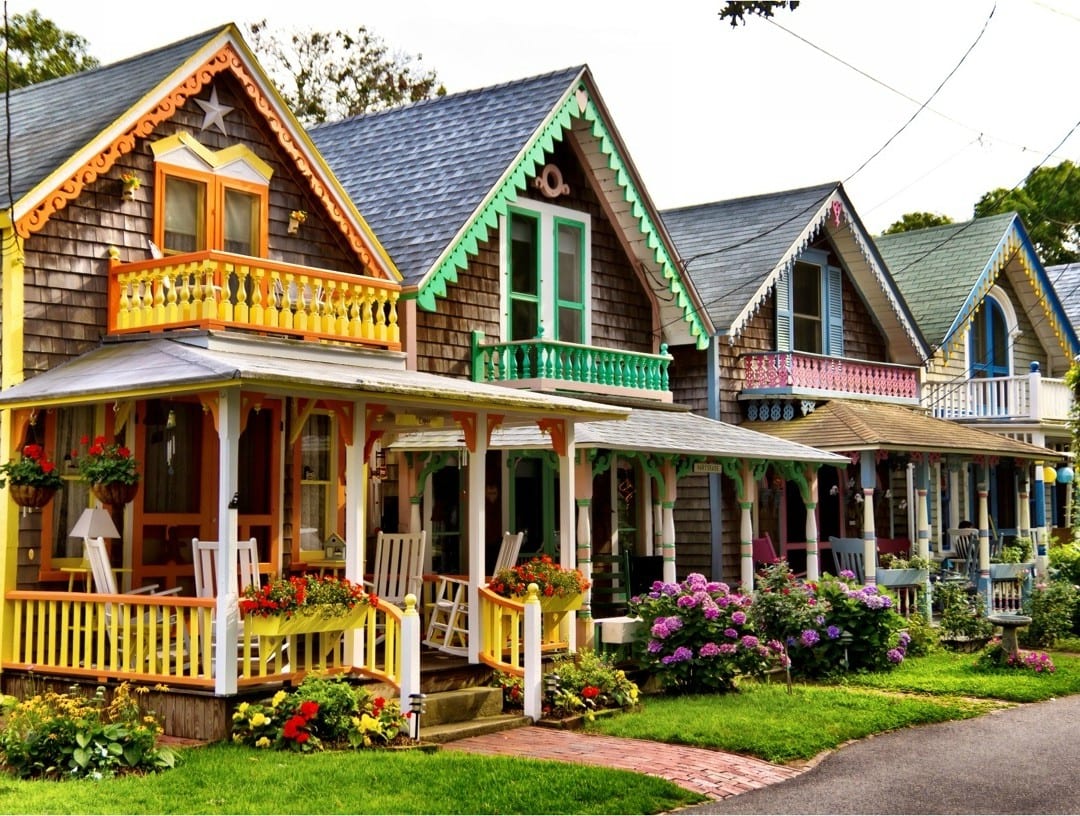 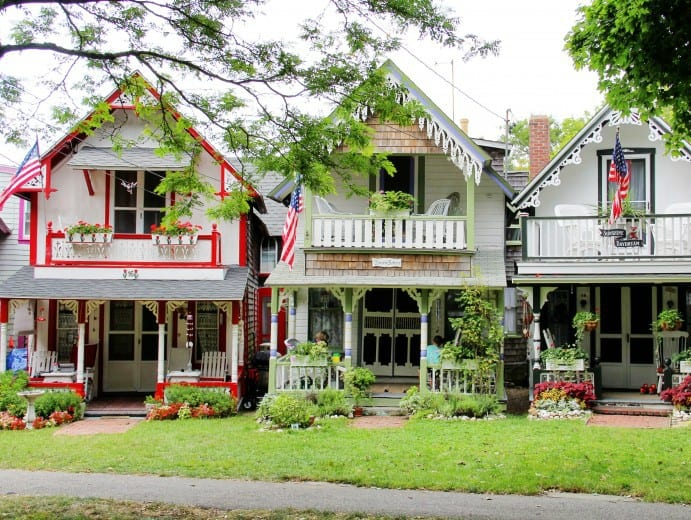 This road trip was not my first time going to Maine. When I was a high schooler, I did an exchange with a student from Milton, MA, and spent quite a few summers with her family. We spent a few weeks in a cabin in Maine, deep in the forest, around the lakes. And it was an absolute blast! We did not go that far into the land this time but saw quite a few of the coast still.

We stayed in Bath, an hour drive north of Portland, for the night and drove back to the city in the morning. As, we had arrived at our AirBnB at 3am, we were quite tired on that day.

We drove first to Portland Head Light, which is a lighthouse. The area is very pretty, with low cliffs made of rocks and rocky beaches. It is actually located in Cape Elizabeth, south of Portland. After walking around and taking photos, we left to reach Portland.

We had high expectations about Portland. People told us it was very fun, with a lot going on, so that’s what we were expecting. And seeing photos online, it seems very pretty. A seaside town like Brighton or Newport. But it was not, to be honest. We walked in Old Port and along the harbor, grabbed lunch not far, then walked around a bit more. However, there was not much to see beyond that.

We were also exhausting from the drive from the night before and might not have been in the mood to go downtown explore more and see if there was more to see. After all, Portland is the biggest city in Maine. Maybe, had we stayed longer and explored more, we’d have seen other places in the city. 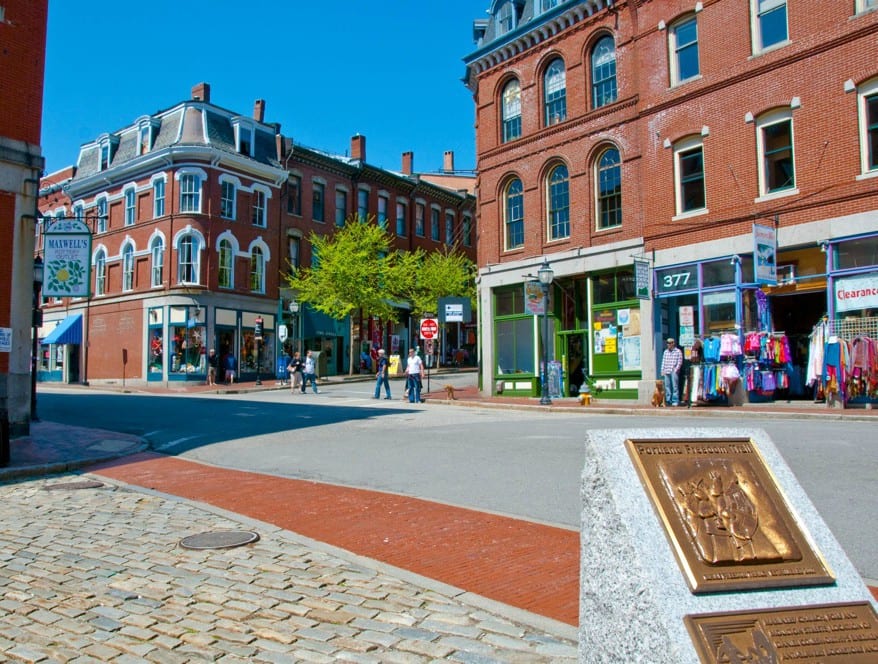 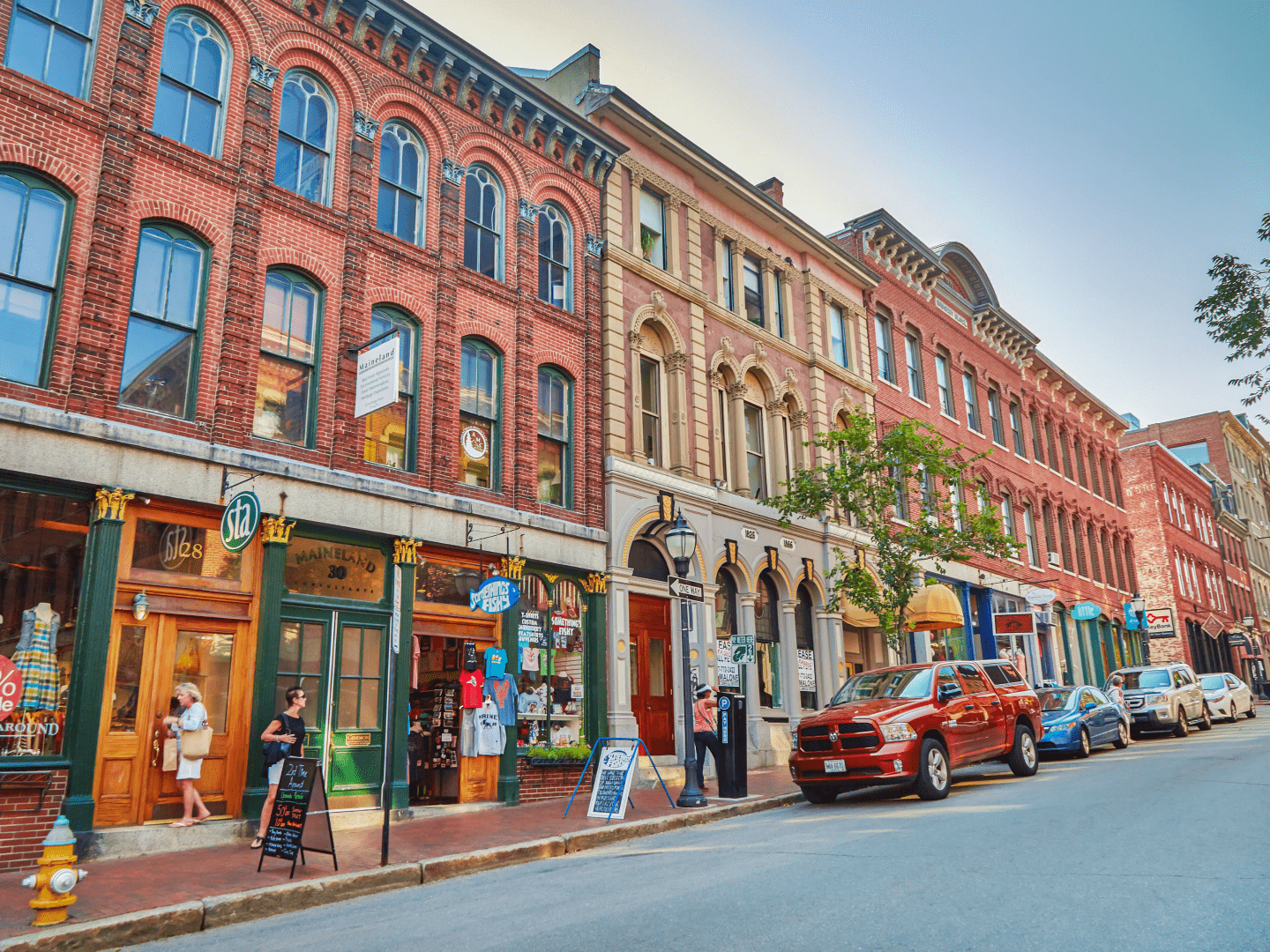 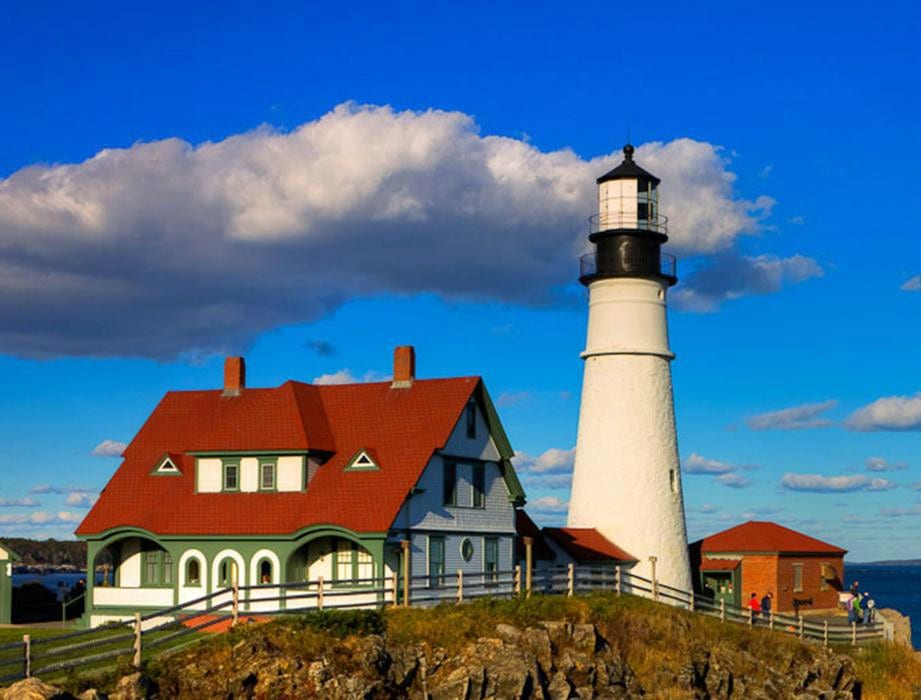 As we did not stay that long in Portland, we drove quite early to Ogunquit, still in Maine, which is where our AirBnB for the night was. The city is a seaside town that is rather popular and very touristy, which surprised us and bit. But it’s very cute.

We drove to Portsmouth, NH, in the morning, which was just a 25 minutes drive. Just like Newport, Portland and Ogunquit, Portsmouth is a seaside town. The neighborhood around the old church was the busiest with a lot of cafés, shops and restaurants. That part of town was really cute, with a few colorful buildings. We then walked alongside the ocean, where a lot of restaurants were and finally went up to Memorial bridge to get a wider view of the town. We did not cross however.

Then, we walked along the Love Wall with a view on Memorial Bridge, in Prescott Park and up some street around to find the perfect spot for photos. Blue, yellow and purple houses, just like in Notting Hill! But bigger, quieter and actually nicer! We walked back to the city center, grabbed lunch and did a few more photos and then decided to drive back to New York a bit earlier! 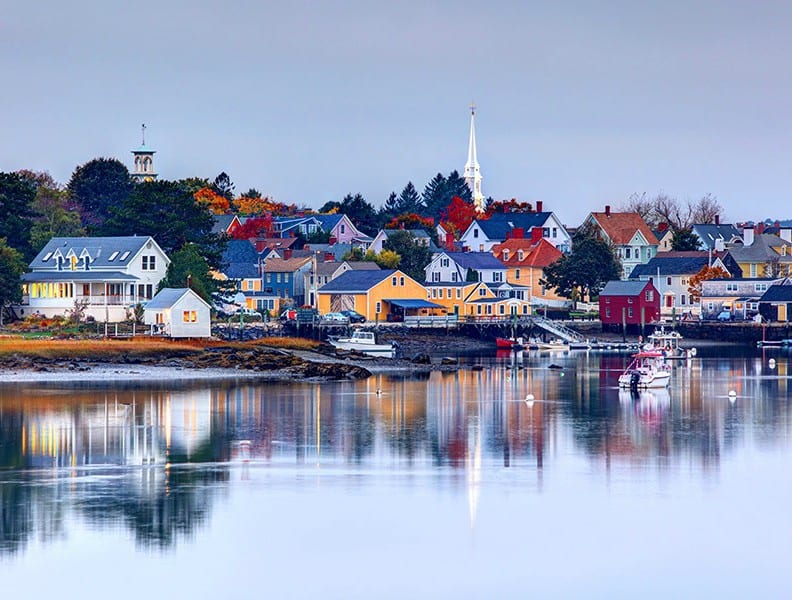 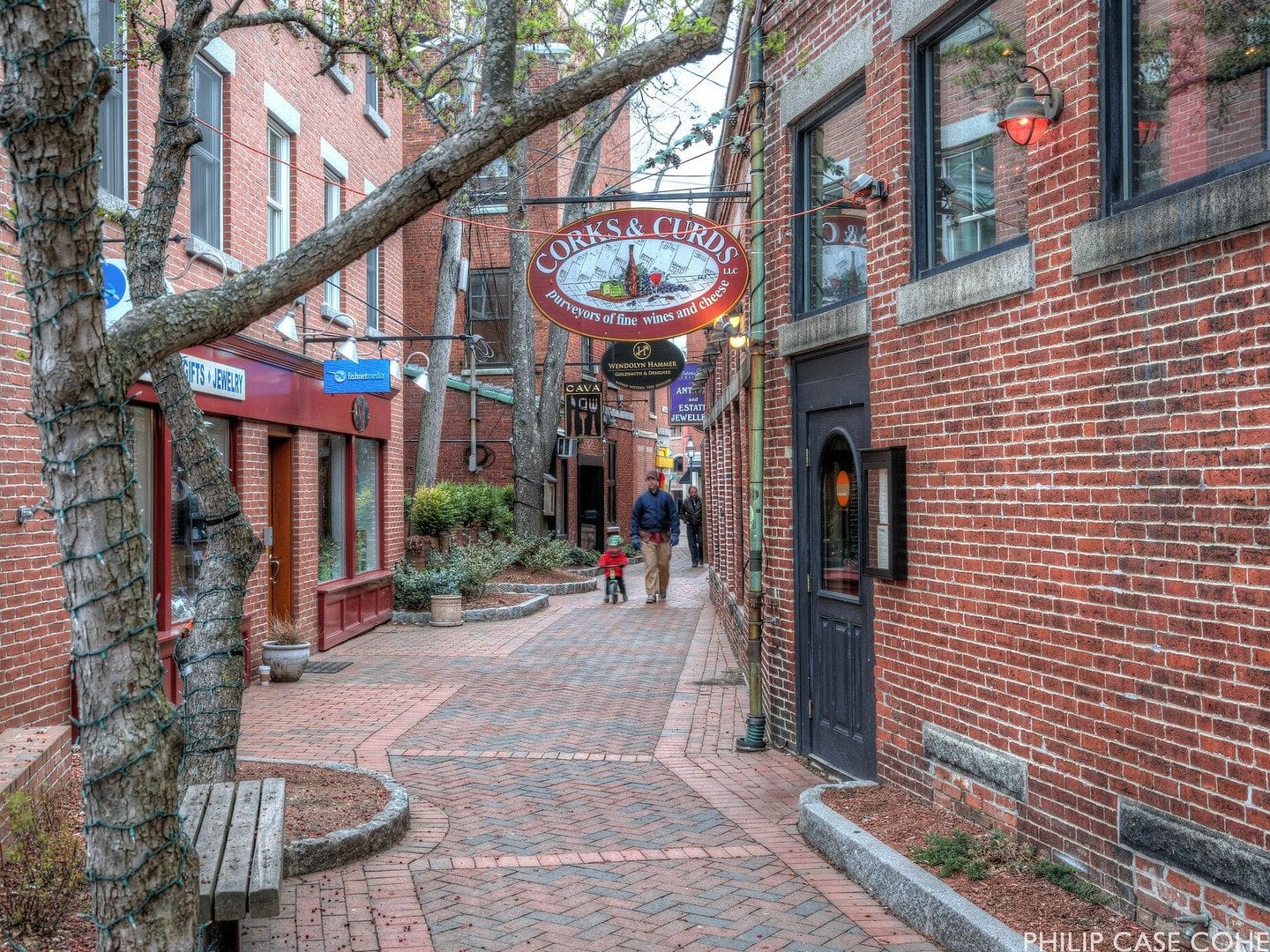 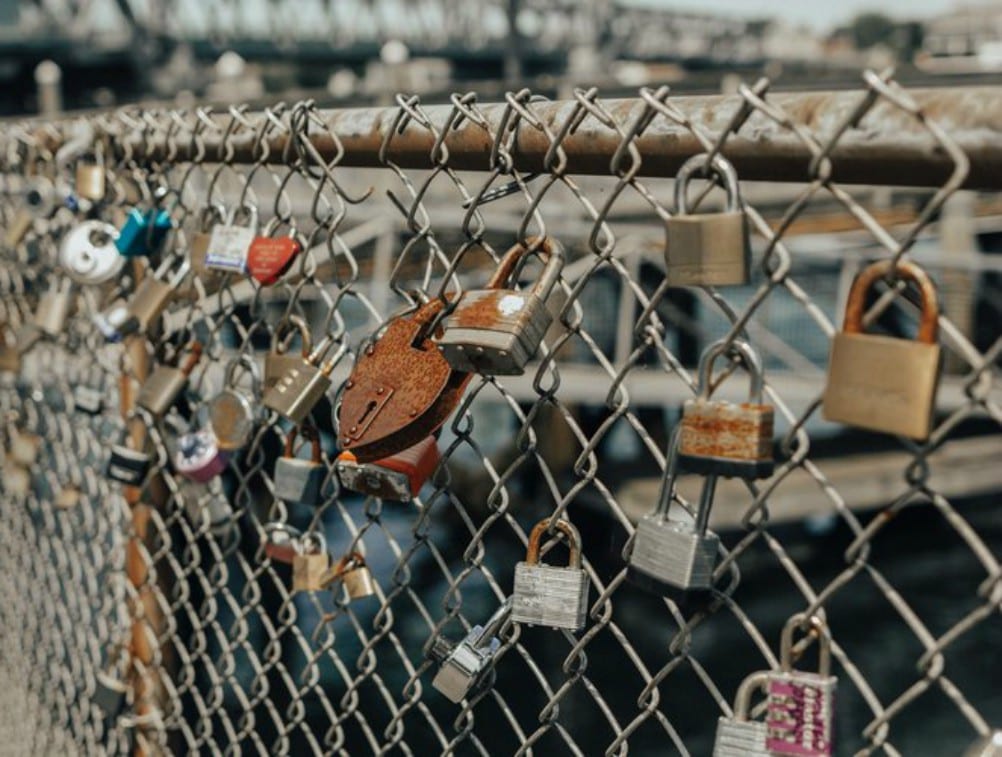 After thoughts of this road trip itinerary

Those four days were packed and rather intense as we were doing one state a day. The US is a massive country, and so are distances. Thus, should you decide to go on a road trip, do not plan a thousand things each day. One city, or two if they are very close, are more than enough, especially because you won’t spend more than 3 hours per city.

Looking back at the trip, we based most of our decision on what we had seen on Instagram. Beautiful places and street in each state and town we were interested in. Of course, Instagram and reality are often very much afar so keep that in mind.

Although we did drive through four states, we cannot really say that we indeed did four states, as we just limited ourselves to one city in each. Considering the size of Maine, sleeping in Bath and seeing Old Port in Portland is not even 1% of the entire state. Thus, no, we did not “do” that state, even if I spent holidays in the lake regions!

But it was an absolute blast and a really nice trip!

Where next? Not sure yet… But I am quite tempted by an Atlantic City, Philadelphia, Baltimore and Washington road trip, as all 4 cities are not so appart! And just before I finish this blog post, below is a small preview of my 4th of July Road Trip lookbook that will be up next Sunday! 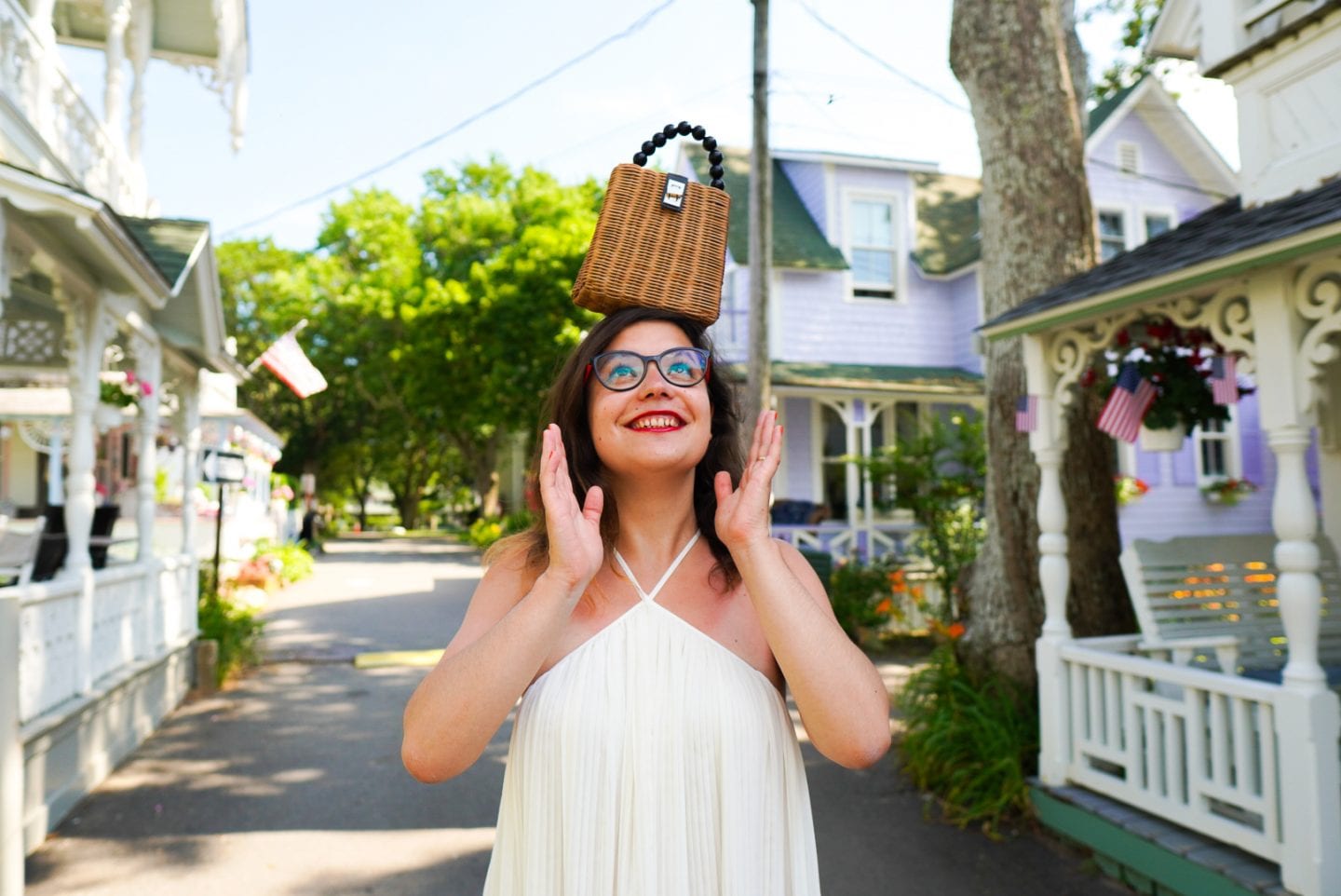 Have you ever done a road trip in the US? Where did you go? What states, what cities? Planning on having one? Where would you go? Have you been to any of the places mentioned in this post?

*All the photos, except for the first and last one, come from Pinterest.