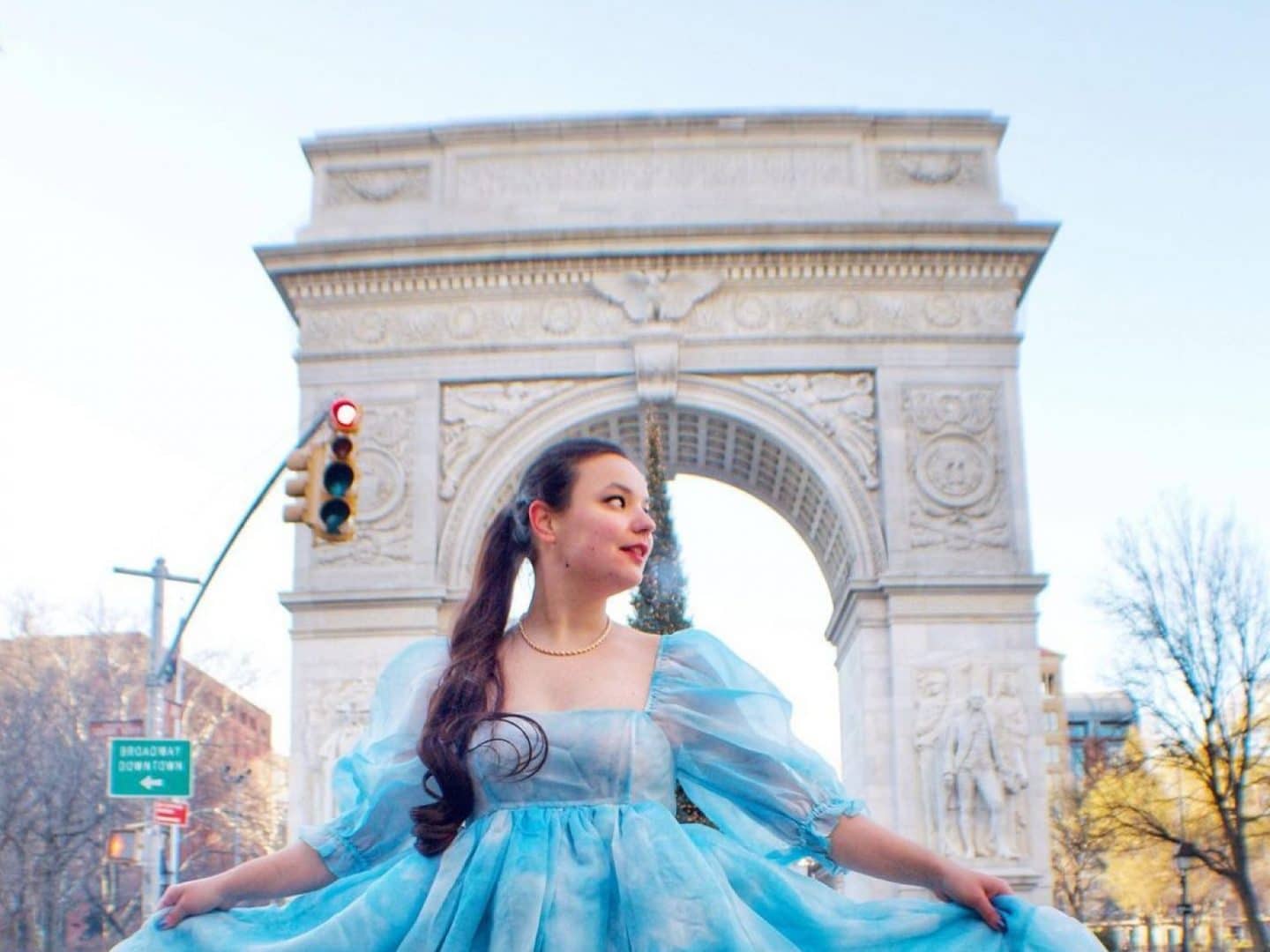 One thing that comes with blogging and Instagramming is finding Instagrammable places to shoot at. In London, it was a piece of cake. Literally every street or so had some cute shops with gorgeous floral displays. You’d be able to spend your whole photoshoot on one street or in one area. Elizabeth Street and Chelsea, I am looking at you. In New York City, well, the floral displays took some time to catch on.

It basically took a pandemic and outdoor dining with little street sheds. Literally. It is the expansion of the outdoor dining program in New York City and sheds popping out on sidewalks everywhere that caused such a boom in floral displays. Let’s say it is at least one reason. Maybe New York City decided it was time to catch up with London. And did they catch up fast!

The Flatiron Building, Soho, the West Village, Greenwhich, etc. Floral displays are everywhere and I am here for it. Finding Instagrammable places has never been easier, especially as they are now everywhere. I mean, there already were plenty of cute photoshoot backgrounds in the city before. The skyline and some other places are iconic after all, i.e. Central Park, Empire State Building, Flatiron, vintage subway stations, etc.

However, it had more of an urban city vibe. We had buildings, skyscrapers and architectural wonders. Not floral displays. I do like a mix of both, not gonna lie. Now, with so many floral arrangements everywhere and other beautiful backgrounds, it can be difficult to know where to go. Fear not, been there, done that. If you are planning to visit the West Village, I’ve got a list of 12 Instagrammable places that I am sure will provide the perfect photo backgrounds!

Let’s try to build an itinerary in the West Village so that you can visit each Instagrammable place in the West Village, one at a time in a day. First thing first, is this beautiful brick house with blue blinds and matching vintage blue Vespa. No need to say more, there is everything you need: old bricks, some contrasting colors, stoops and a cute Vespa.

Two blocks down from the cute Vespa is Washington Square and its infamous arch. No need for explanation here either. Washington Square is quite a famous place, in the heart of the New York University campus and a perfect shot for some beautiful photos. You probably have already seen the arch everywhere on social media anyways!

Sullivan Street is one of those Instagrammable places in the West Village that is not so well-known. Just because they are not publicized that much, but it is a street that is super worth it. Simply because it has a lot of colorful houses, just like Nothing Hill and Primrose Hill have! I am telling you, they make the best photo backdrop!

In the same league as Sullivan Street is Minetta Lane. Unless you’re scouting the West Village using the street view on Google Map, you would not know this little alley exist. It is good news though: not many people will shoot there and overall, the footfall is very low so you’ll be on your own taking pictures!

Where: Minetta Lane, between 6th Avenue and MacDouglas Street

Now, let’s move onto more famous Instagrammable places in the West Village. To be fair, Gay Street is just one of them in the area but the whole neighborhood looks great on pictures! I do live the brick building and white painted houses. The blue and yellow truck is always parked there for some reason but adds some color to the picture! In the spring, you can also catch some wisteria climbing on the walls!

Where: Gay Street, between Waverley Place and Christopher Street

If you walk on Gay Street towards Christopher Street, you will see La Petite Boucherie. It is a French restaurant and a chain in New York City. The food is nice but it is really always the decor that is amazing. La Petite Boucherie is often decorated with roses and floral displays which look great as a photo backdrop.

Obviously, La Petite Boucherie is not the only cute restaurant in the West Village. Cocu, too, does belong to that list of Instagrammable places. Now, I am not so sure about the name because in French, it does mean “cuckolded”. But in terms of providing a cute floral backdrop for photos? Yes, for sure, that place works like a charm!

I am not 100% this place is still there because for a time it was question of closing it down. Do I have any update? No. The Upper Rust was one of the first locations I went to for pictures. It is an antique shop that uses the sidewalk as space to display more items. Which is great in pictures. Anyways, if it is still there, know that it is an institution!

Let’s move away from 7th Avenue and get on Bleecker Street. Not only is this street in the heart of the village, but it also has a lot of Instagrammable places all together. A bit like Elizabeth Street in London. Anyways, Lingua Franca is a fashion store that changes their floral display each season so you can basically come back many times to get pictures!

Walk down Bleecker Street from Lingua Franca and you’ll get to LoveShackFancy. This store is also one of the locations I went to on my first ever photoshoot in New York City. I have never stepped foot inside the shop but the outdoor decor is always super pretty. And changes with each season!

Across the street from LoveShackFancy, you will find The Last Line. I have not been inside the store and just randomly spotted it while on a walk in the West Village. Anywho, the Last Line belongs to this list of Instagrammable Places first because it does have that cute floral decoration and second because the display changes as the seasons go!

Last but not least is one of the most famous and Instagrammable places in the West Village. The title said it all but just in case, yes, it is the Friends apartment building. Not that I have ever watched the show, but I find the location to be super cute. If you are a fan of another famous NYC-based TV show, know that Carries’s apartment from Sex & The City is not very far either!

That is all for this list of 12 Instagrammable Places in the West Village of New York City. Whether you are looking for photoshoot backdrops or just to walk somewhere super pretty, the West Village is definitely the place! Of course, there are many more, especially as the season changes. Bleecker Street has a lot of cute shops and beyond that, the neighborhood dons amazing decorations for Halloween or Christmas!