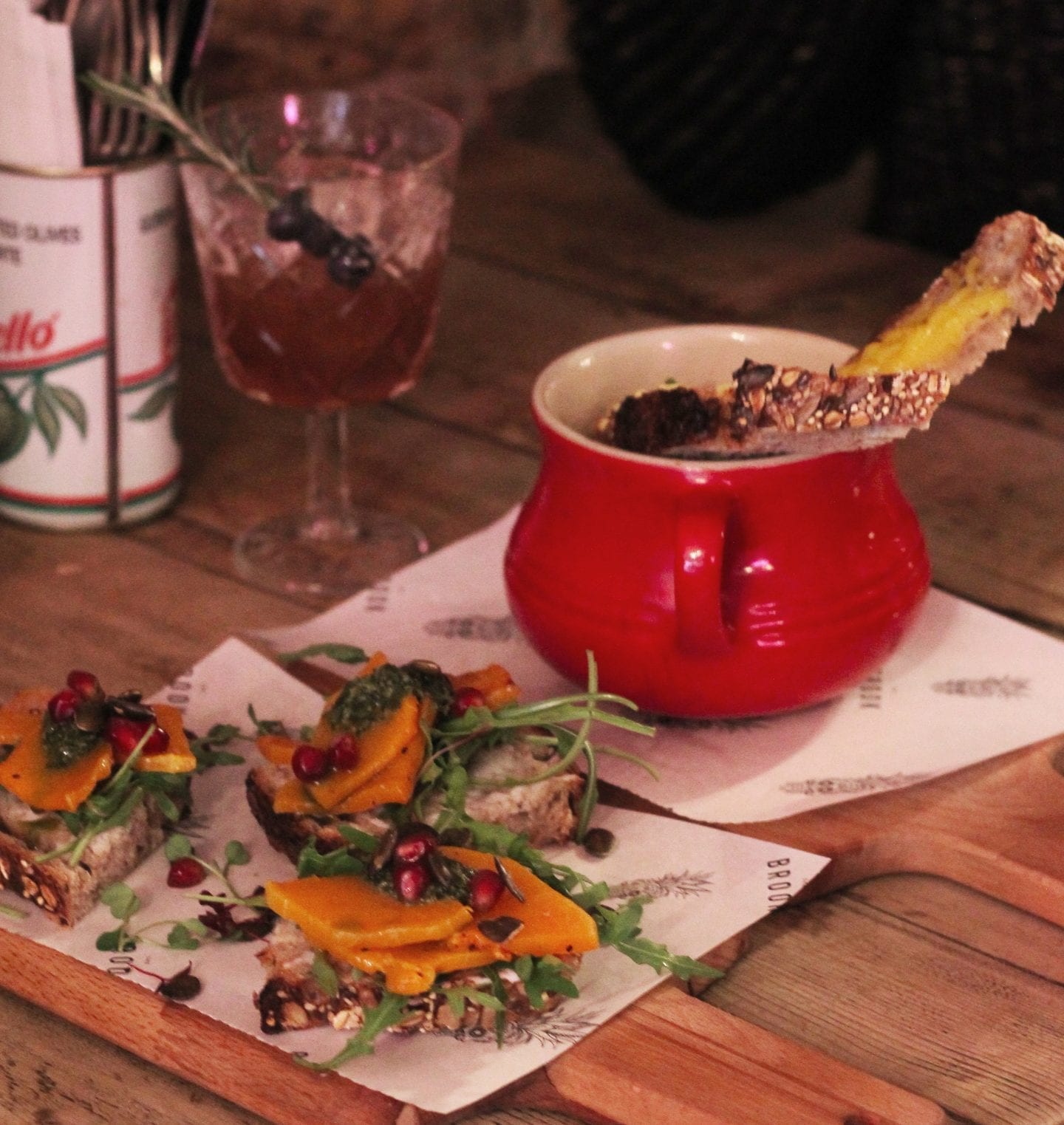 A few weeks ago, Ana and I went to The Brook for lunch. She had told me it is a vegan restaurant. I am not a vegan. Yet, that does not mean I can’t eat vegan. Or find anything interesting on the menu. Meat eaters can ditch meat for one meal you know. Not vegan nor vegetarian but I don’t eat meat often anyway. Not naturally I mean. If someone cooks it for me, I will eat it. But I won’t buy meat. Except if I have a very precise dish idea in mind.

What makes The Brook attractive to vegan, vegetarian and meat eaters alike is that the menu is made to please them all, while remaining 100% vegan. Confusing? Let me explain. Obviously, we all like a cocktail or two. They put you in a good mood. And in a excellent mood Ana and I were after a few! King Louie II, Sweet Rogue, Pomberry Punch, Satan’s Little Helpers, etc.

Comes the time to order food and that’s where it becomes interesting. First thing first, starters! We both ordered a French onion soup, which was absolutely fantastic! Served in a little red jug with cheese-covered crostini, the soup was delicious. I had it once in Paris before but I have to admit, this one was better. Aside, we also ordered squash crostini: lime & sesame pesto, rocket, cream cheese & pumpkin seeds. PER-FE-CTION!

Just so you know… we had cocktails in between meals, not all at the beginning!

While Ana chose a Sunday roast as main course (it was Sunday after all), I went for a cajun fillet burger: caramelized onions, ranch dressing, sliced tomato, gem lettuce, slaw & sweet potato fries. I am a sucker for burgers. They come second in my go-to food after nachos (because… nachos!). The vegan substitute of the meat in the burger made it rather light and easy to eat. No need to take a break. But what impressed me most is…

…the beer battered tofish. As you may guess, no actual fish there. Just a vegan substitute. With homemade tartar sauce & crushed minted peas. But the taste… It tasted exactly like fish. While it was not. The taste of fish was there but the dish was 100% vegan. You understand now why I said that that meat eaters will love The Brook?

And also because the food is amazing generally speaking. I had never eaten vegan before going to The Brook and I can tell you I’ll be back. I was sending pictures of my food to my boyfriend who is not a vegan either and he really wants to try The Brook now!

And I mean… just look at the pictures of the food… 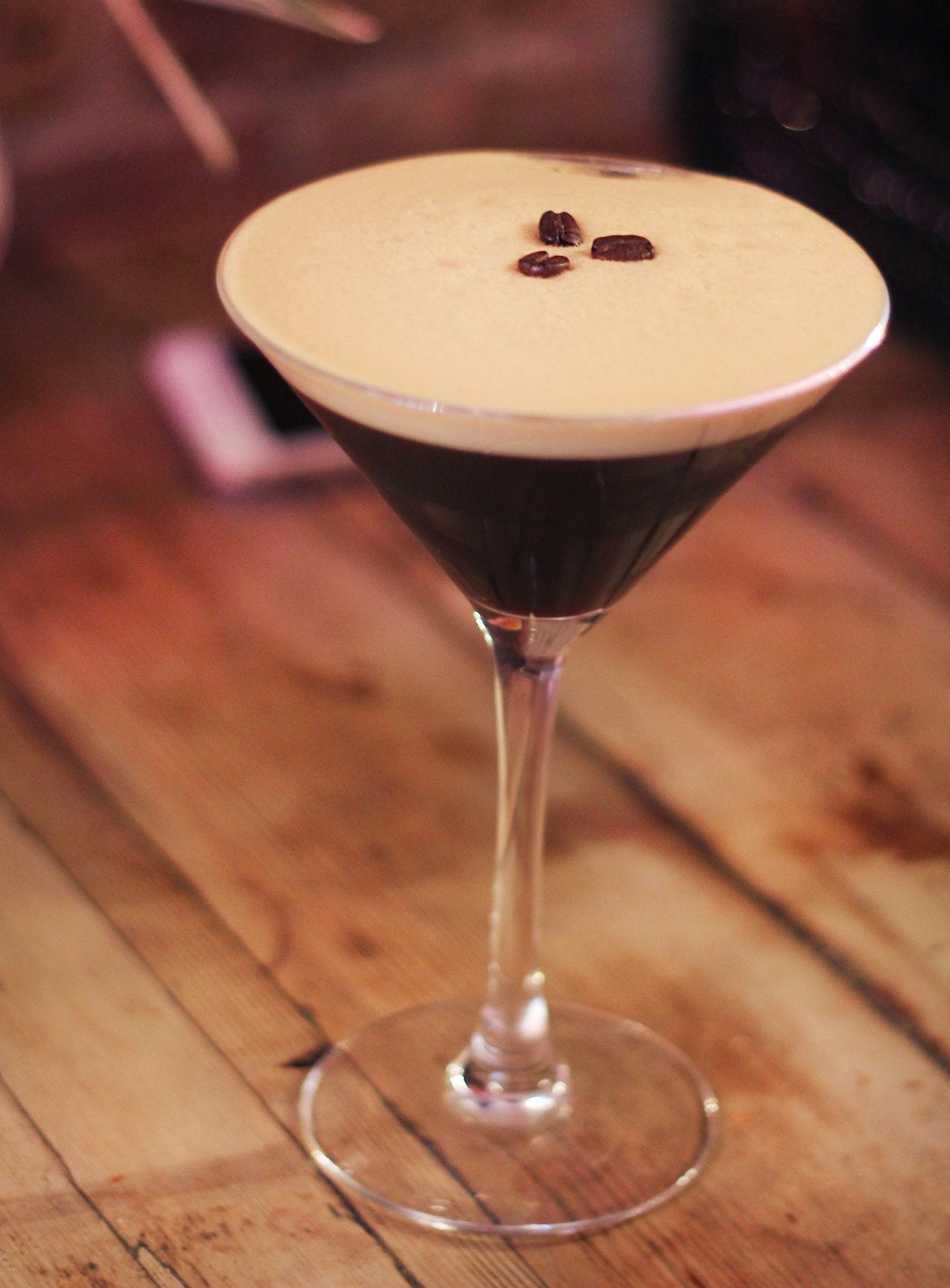 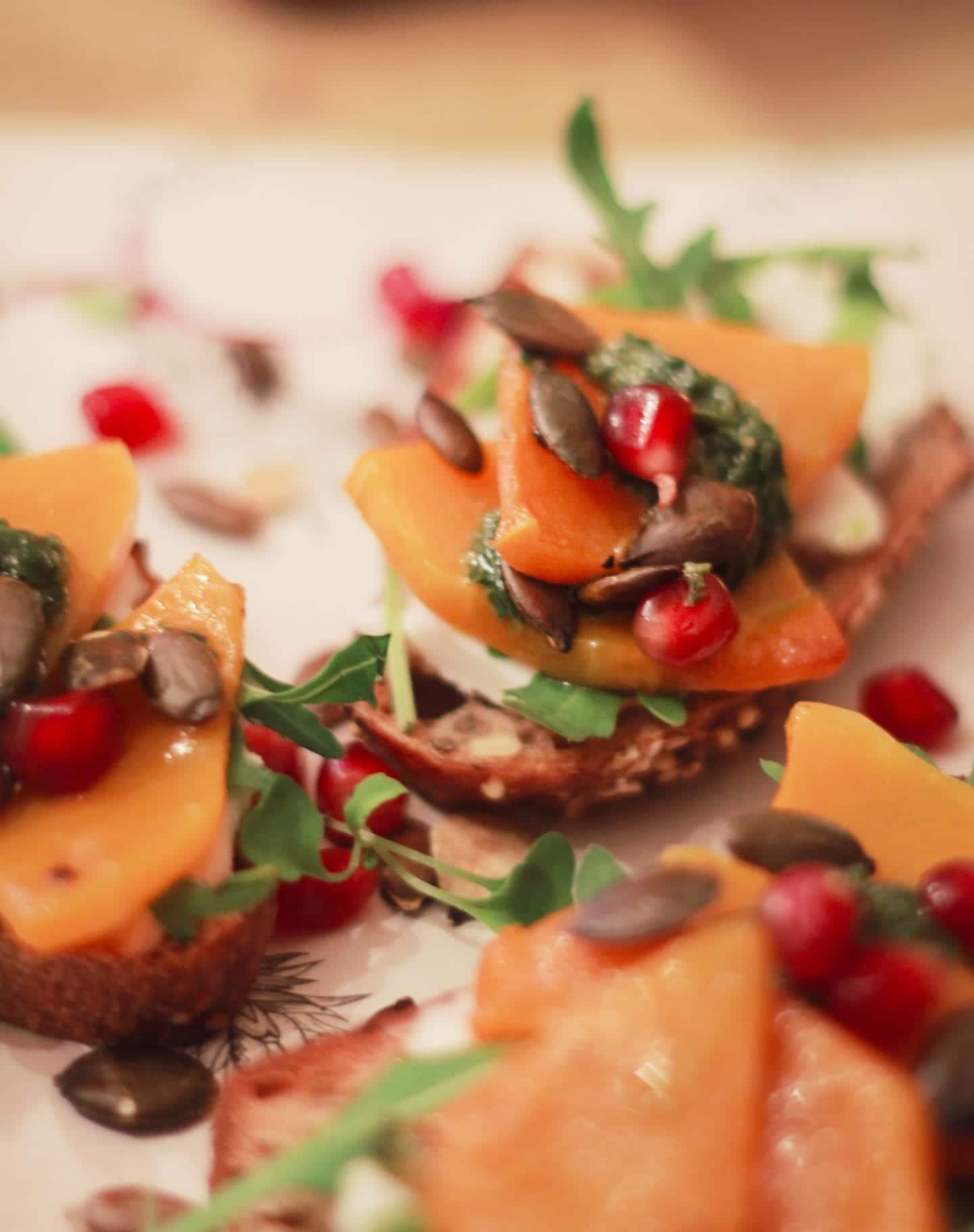 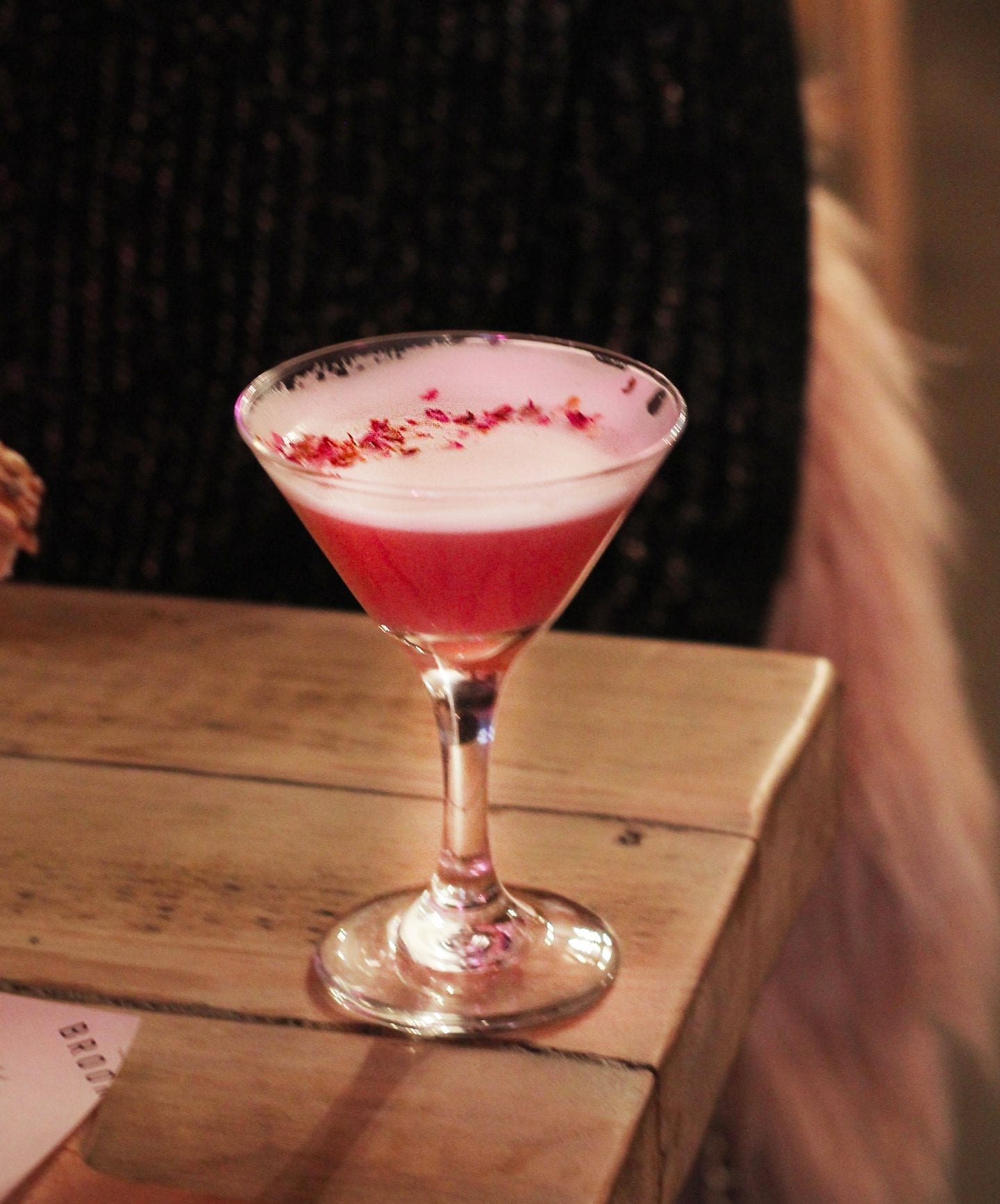 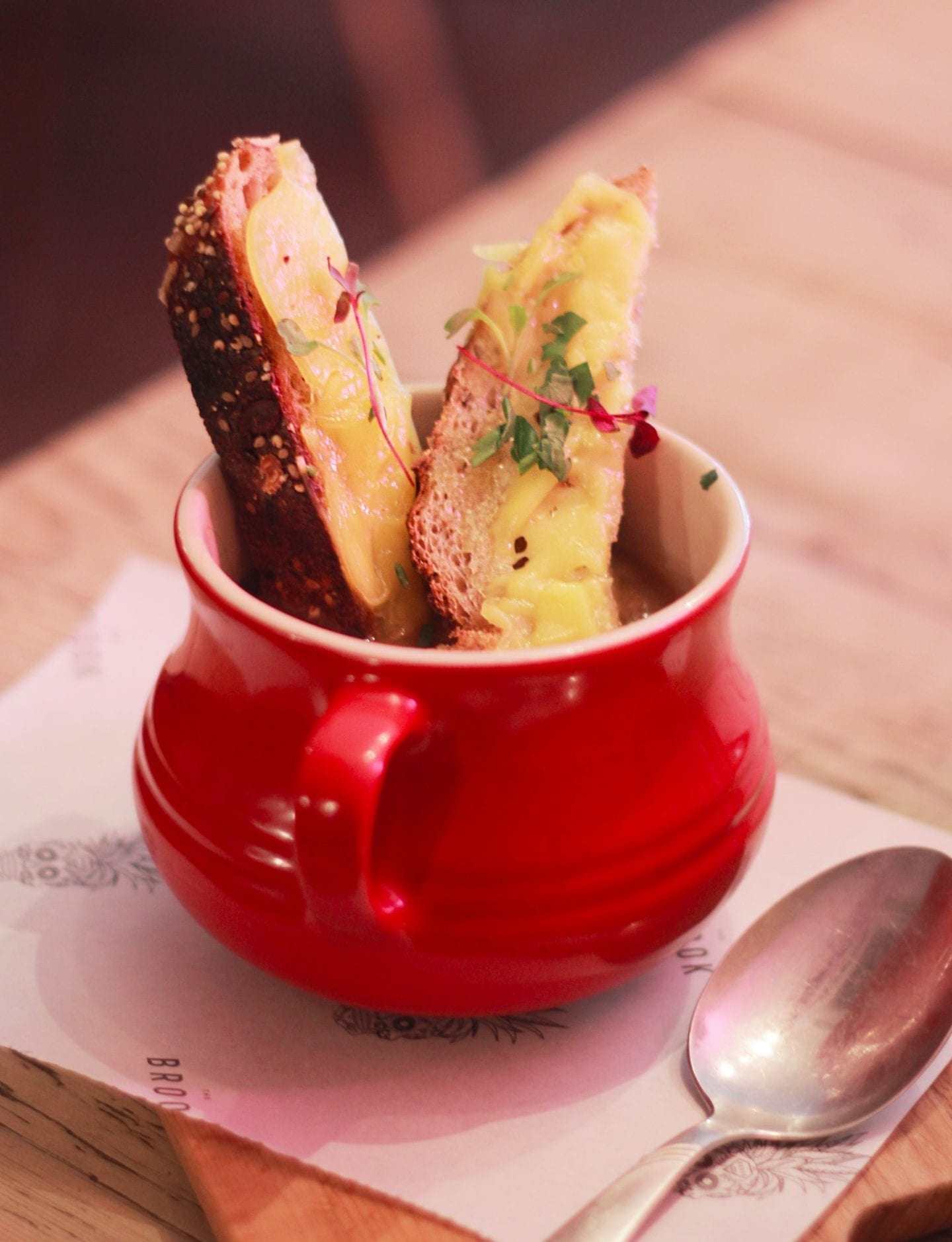 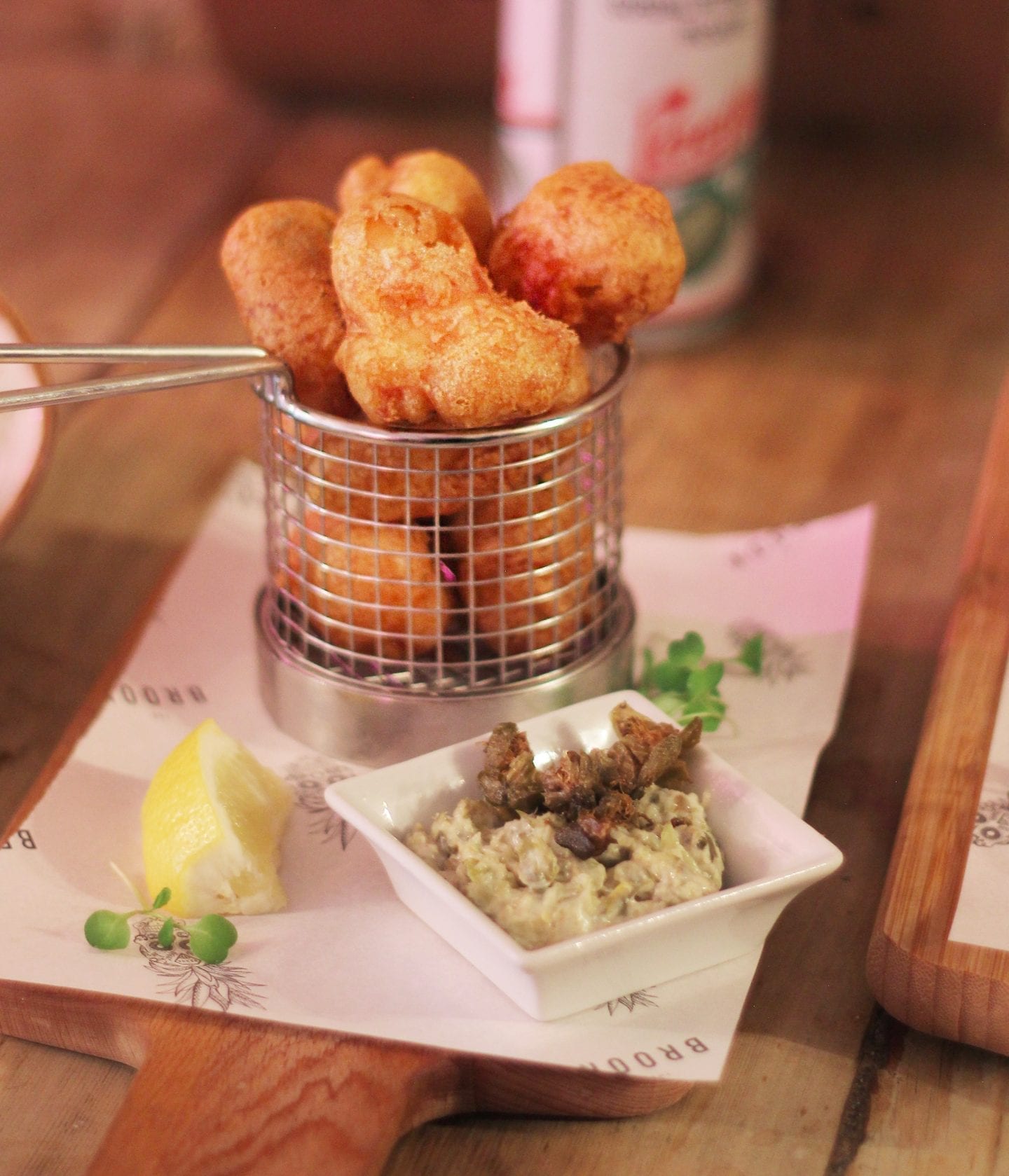 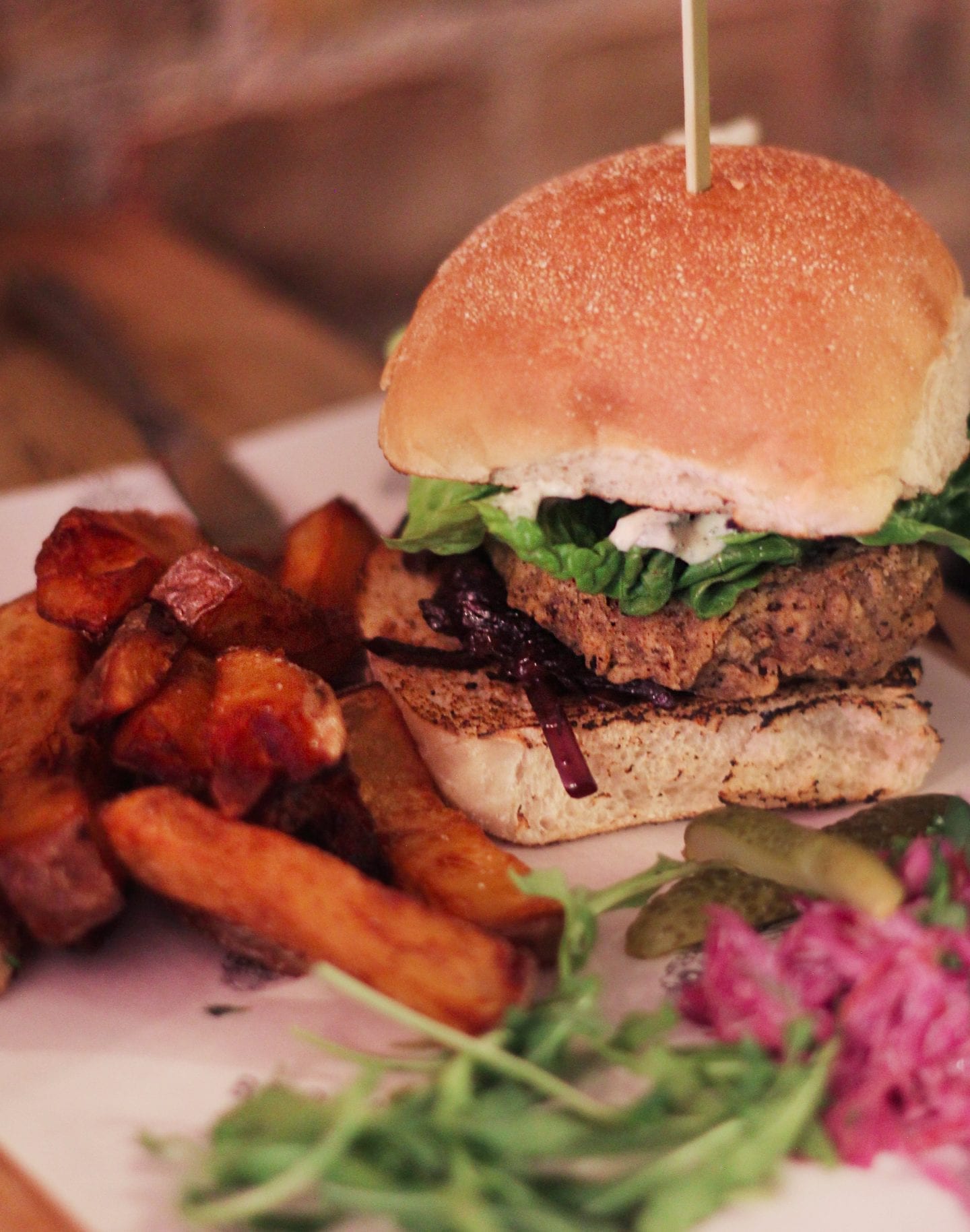 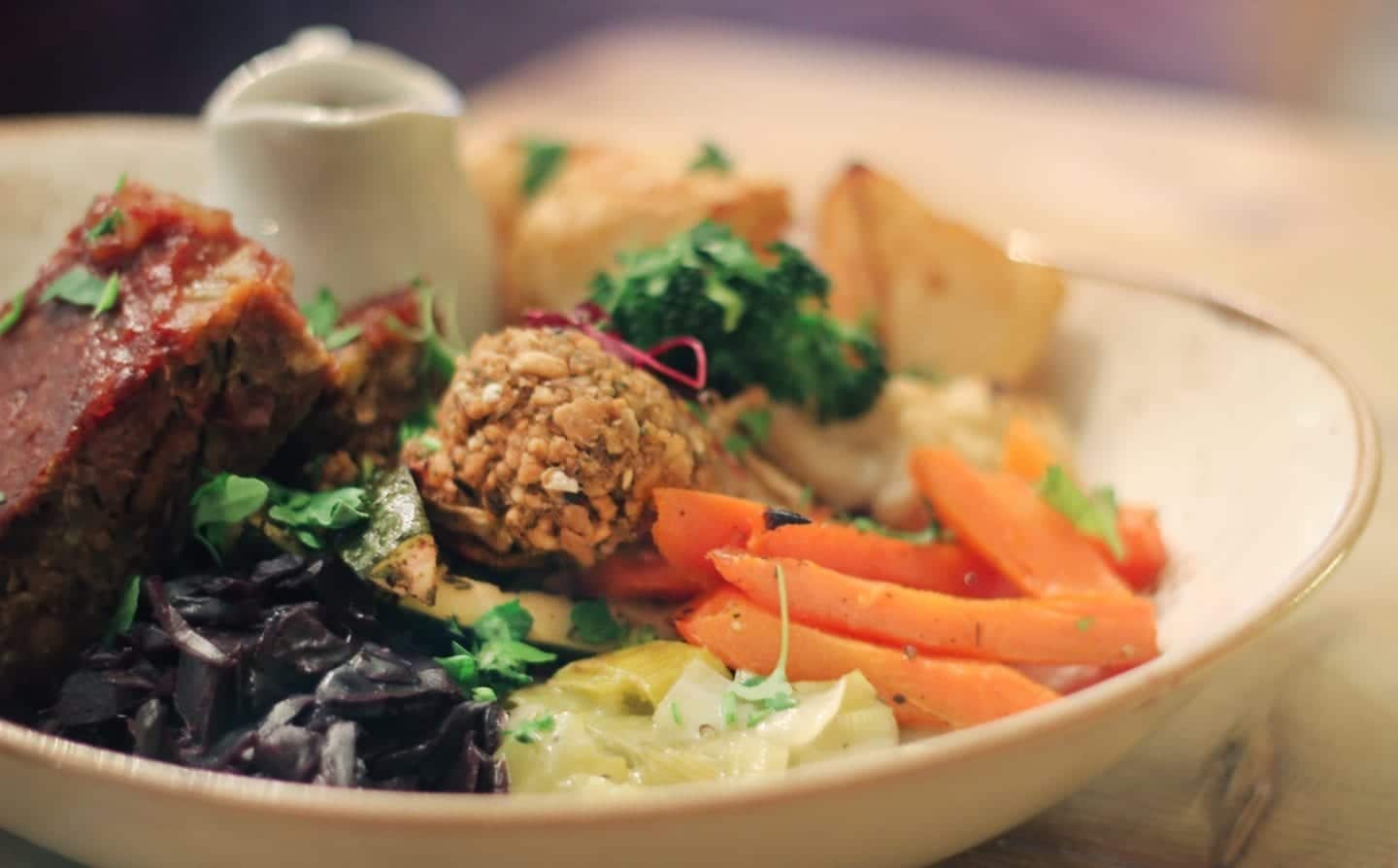 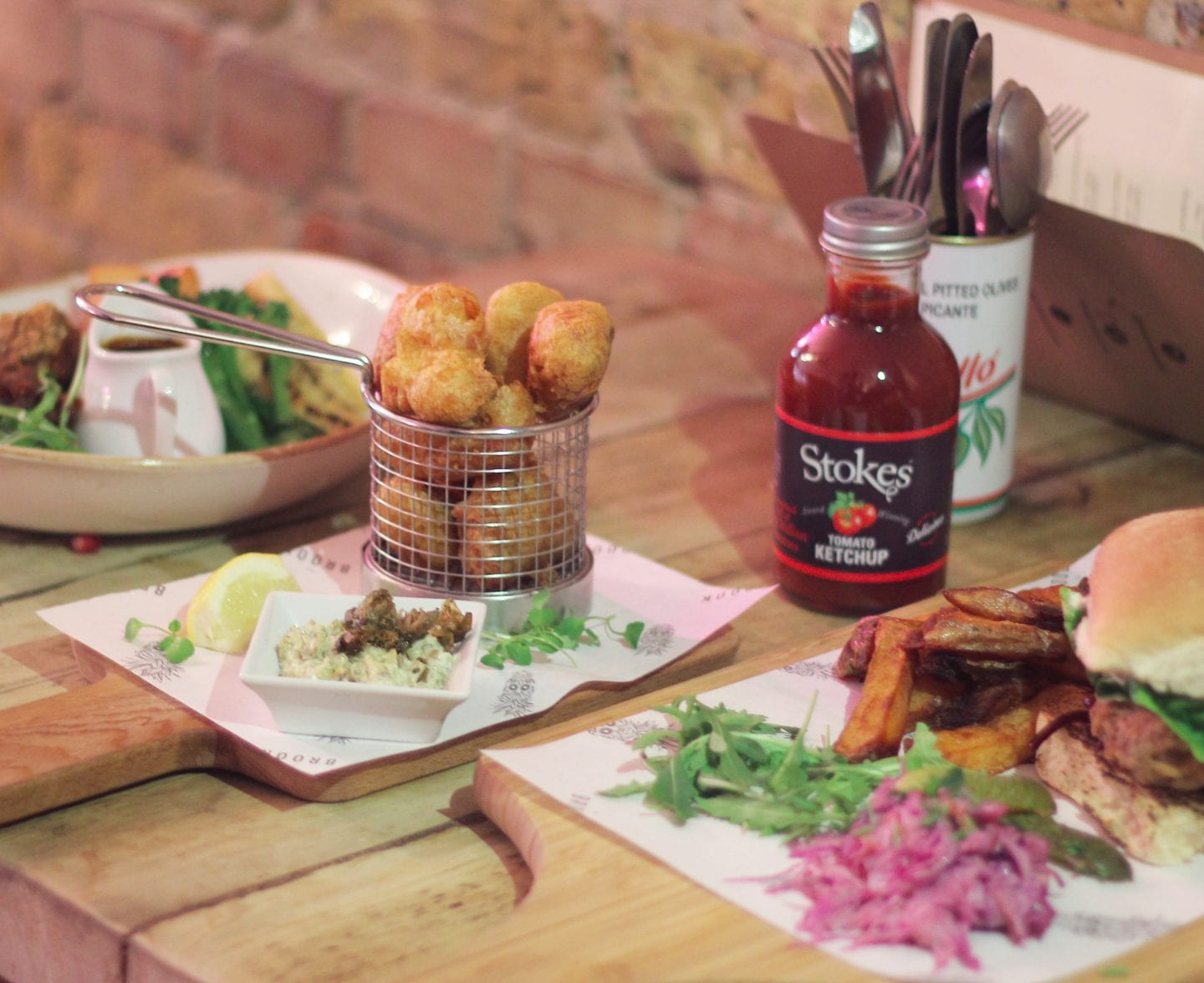 Thanks for stopping by. I hope you liked this post.