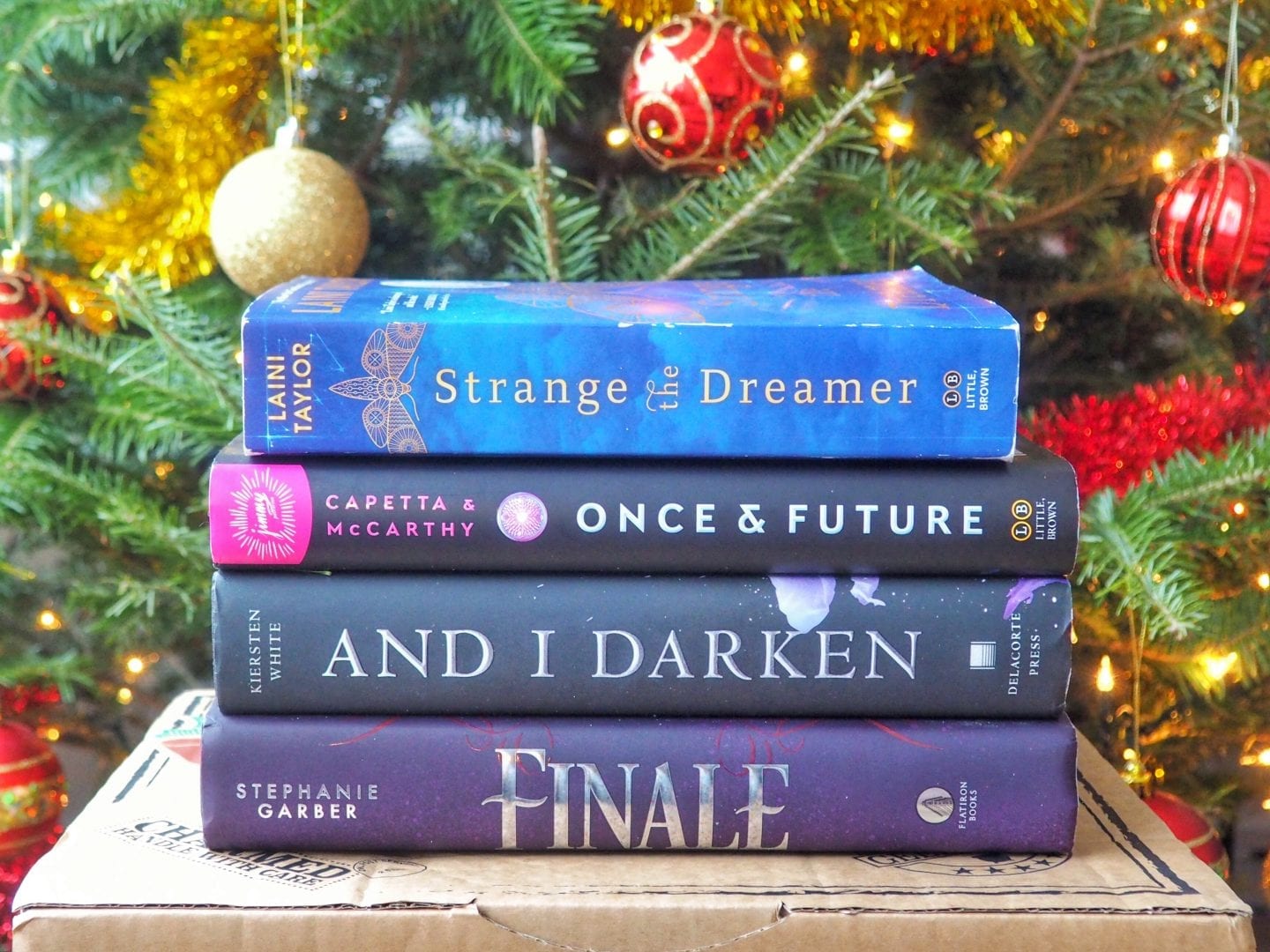 I know November 2019 is quite far behind us already. I mean, not that far, but still. So, I started November 2019 with a very good reading pace. Half way through the month and read four books. They are in the vast majority, excellent books as well. And then I started to watch The Crown on Netflix and that’s basically what I spent most of my evening doing ever since.

I finished watching all 3 seasons so I started reading again. Most of the books I read back in November 2019 are books I did not really have any expectations on. Yet, I was very pleasantly surprised and this month ended up being one of my best reading months! You may know that October and September were not that good for example.

So that’s four books in total. Not as much as I read in the past, but still a good number if you want my opinion!

Synopsis: The dream chooses the dreamer, not the other way around–and Lazlo Strange, war orphan and junior librarian, has always feared that his dream chose poorly. Since he was just five years old, he’s been obsessed with the mythic lost city of Weep, but it would take someone bolder than he to cross half the world in search of it. Then a stunning opportunity presents itself, in the form of a hero called the Godslayer and a band of legendary warriors, and he has to seize his chance or lose his dream forever.

What happened in Weep two hundred years ago to cut it off from the rest of the world? And who is the blue-skinned goddess who appears in Lazlo’s dreams?

The shadow of the past is as real as the ghosts who haunt the citadel of murdered gods. Fall into a mythical world of dread and wonder, moths and nightmares, love and carnage. The answers await in Weep.

My review: I read Laini Taylor’s other book series, and loved it so much, I had to give her other work a go. And what a work it is! Sure, it is not as extraordinary as her other trilogy but still, I had a great time reading Strange The Dreamer.

It is quite a long book, and although the descriptions are beautiful, sometimes they have felt too much and too long. I did not dislike reading them but I did not always feel like they were necessary. Although most of the time they do bring a lot of information, help to understand the plot better and bring in more mystery. I found the characters very interesting, well written with very good development. Nothing is black or white, it is more complicated, more contrasted and the message of the novel seemed to be “what goes around, comes around” or “if you are being a dick, karma will make you pay”.

I did find the book somehow predictable at times. There was some mystery around the origins of the main character and just one clue mid-way through the novel made me understand who he was, while it is revealed way later in the book. The end shook me up a bit. Not because it is bad, just because the main character does something regarding another character against her will and while she expressed clearly her disagreement with whatever he had in mind. So, I was a bit uncomfortable reading that bit and I hope it will be addressed in book 2.

Because I am 100% reading book 2 as this series is so unique and unlike anything I read before!

Synopsis: I’ve been chased my whole life. As a fugitive refugee in the territory controlled by the tyrannical Mercer corporation, I’ve always had to hide who I am. Until I found Excalibur.

My name is Ari Helix. I have a magic sword, a cranky wizard, and a revolution to start.

When Ari crash-lands on Old Earth and pulls a magic sword from its ancient resting place, she is revealed to be the newest reincarnation of King Arthur. Then she meets Merlin, who has aged backward over the centuries into a teenager, and together they must break the curse that keeps Arthur coming back. Their quest? Defeat the cruel, oppressive government and bring peace and equality to all humankind.

My review: Right. This book. I am not a fan of Camelot and the Arthurian’s legend. I find it deeply misogynist. Even though never clearly described as such, the women in the story are always somehow shown as responsible for Arthur’s demise. They are all clichés and somehow the enemy. So a retelling with a Queen instead of a King? Why not. I did not expect to like the story.

But I did. I adored it. The humor, the mystery, the banter, the suspence, the characters, everything. I read through the novel in two days, wanting more, unable to put the book down. This book has diversity and representation. This book does not fall into easy clichés. Yes, the relationship is at time a bit cringe and cheesy, slightly insta-lovy and I did raise my eyes to the sky a few times. But at the same time, it was sweet, endearing, touching.

The story raises a lot of questions about many things: environment protection, climate change, ethics, fairness, freedom, rights, greed, business practices. I was shocked when Ari was. Outraged when she was. Heartbroken when she was. The book gave me strong vibes of Star Wars and Illuminae, both sci-fi sweethearts of mine.

I loved this book, I still can’t believe it but that’s how it is.

Synopsis: A love worth fighting for. A dream worth dying for. An ending worth waiting for.

With lives, empires, and hearts hanging in the balance, Tella must decide if she’s going to trust Legend or a former enemy. After uncovering a secret that upends her life, Scarlett will need to do the impossible. And Legend has a choice to make that will forever change and define him.

Caraval is over, but perhaps the greatest game of all has begun. There are no spectators this time: only those who will win, and those who will lose everything.

Welcome, welcome to Finale. All games must come to an end.

My review: Jesus Christ, what a disappointment! I was not a fan of book 1, liked book 2 much more, but book 3 finished me off. I know a lot of people love this trilogy, I respect that and I can understand why. As a matter of fact, I myself quite like the world building and magic system. It was quite unique. But the rest…

Scarlett is insufferable. She is selfish, egocentric and obnoxious. She makes stupid decisions and never suffers the consequences. Donatella who was strong and fierce in book 2 becomes the neediest girl in dire need of love. She is also a hypocrite. Legend is a toxic, controlling and unbearable dick but because he acts in the name of love, it’s fine.

I found the book predictable and a lot of things did not add up. Half-way through the book, I learnt that Caraval was meant to be a duology but then turned into a trilogy. This explained why so many things seemed to come out of nowhere. I solved the mystery of Scarlett’s inheritance not even half way through the book.

But it really is the toxic relationship that killed it for me. Legend is manipulative, cold, power-thirsty, controlling, tells Donatella he can never love her while encouraging her to carry on with the flirting and never allowing her to move on. He decides where she should be, when, with whom and starts controlling her life. He is mentally abusive towards her and you cannot convinced me otherwise. I do not understand why YA authors (and many authors in general) continue to romanticize toxic relationship. What message does it send to younger impressionable girls?! So yes, not book of the year to me.

4. And I Darken, Kiersten White

Synopsis: NO ONE EXPECTS A PRINCESS TO BE BRUTAL. And Lada Dragwlya likes it that way. Ever since she and her gentle younger brother, Radu, were wrenched from their homeland of Wallachia and abandoned by their father to be raised in the Ottoman courts, Lada has known that being ruthless is the key to survival. She and Radu are doomed to act as pawns in a vicious game, an unseen sword hovering over their every move. For the lineage that makes them special also makes them targets.

Lada despises the Ottomans and bides her time, planning her vengeance for the day when she can return to Wallachia and claim her birthright. Radu longs only for a place where he feels safe. And when they meet Mehmed, the defiant and lonely son of the sultan, who’s expected to rule a nation, Radu feels that he’s made a true friend—and Lada wonders if she’s finally found someone worthy of her passion.

But Mehmed is heir to the very empire that Lada has sworn to fight against—and that Radu now considers home. Together, Lada, Radu, and Mehmed form a toxic triangle that strains the bonds of love and loyalty to the breaking point.

My review: I don’t read historical fiction. Nor retelling. But I gave this book a go. And I am happy I did! What a read! Such a great story! From start to finish.

The writing was beautiful. The representation of Islam as well. I learnt so much about Islam, the Ottoman Empire, life back in the 15th century. The representation and diversity was amazing. The political intrigue on point as well. And, the characters so well-built. Flawed but endearing. Annoying but touching. Nothing was black or white. Empathy was at the center of it all.

I don’t really know how to write this review. The story was amazing, I discovered a part of history I was not familiar with. Wikipedia became my friend while I read this book as I was looking for more information all the time. The novel raises so many good questions about women, their status back then, their place in society, their rights. I was outraged with Lada, upset when she was, annoyed when she was. I am so happy I picked up this book. Such a good read! 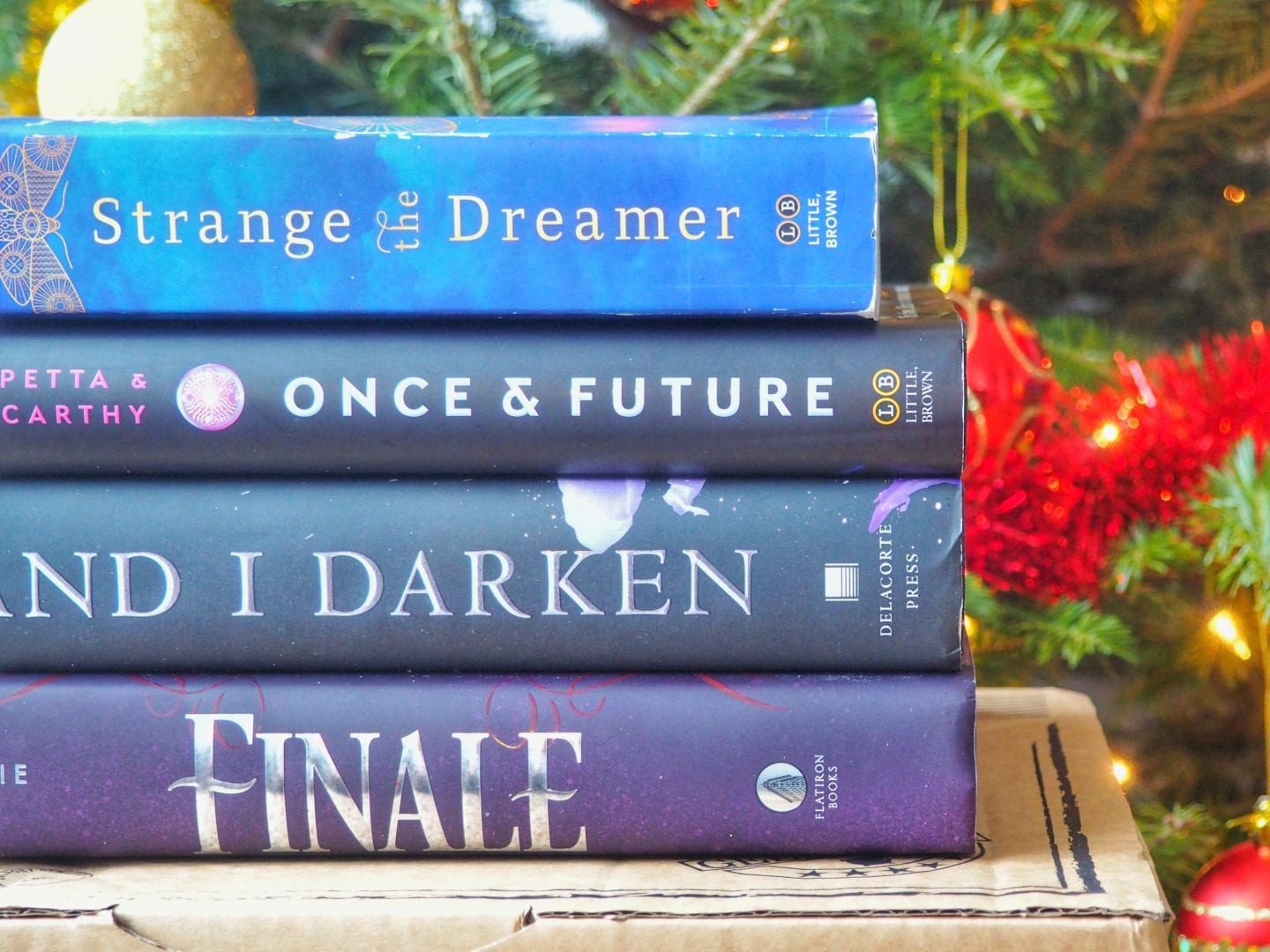 What books did you read this November 2019? Any good find or good reads? Anything you liked a lot? Any read to recommend? Did you read the book I listed? What did you think?