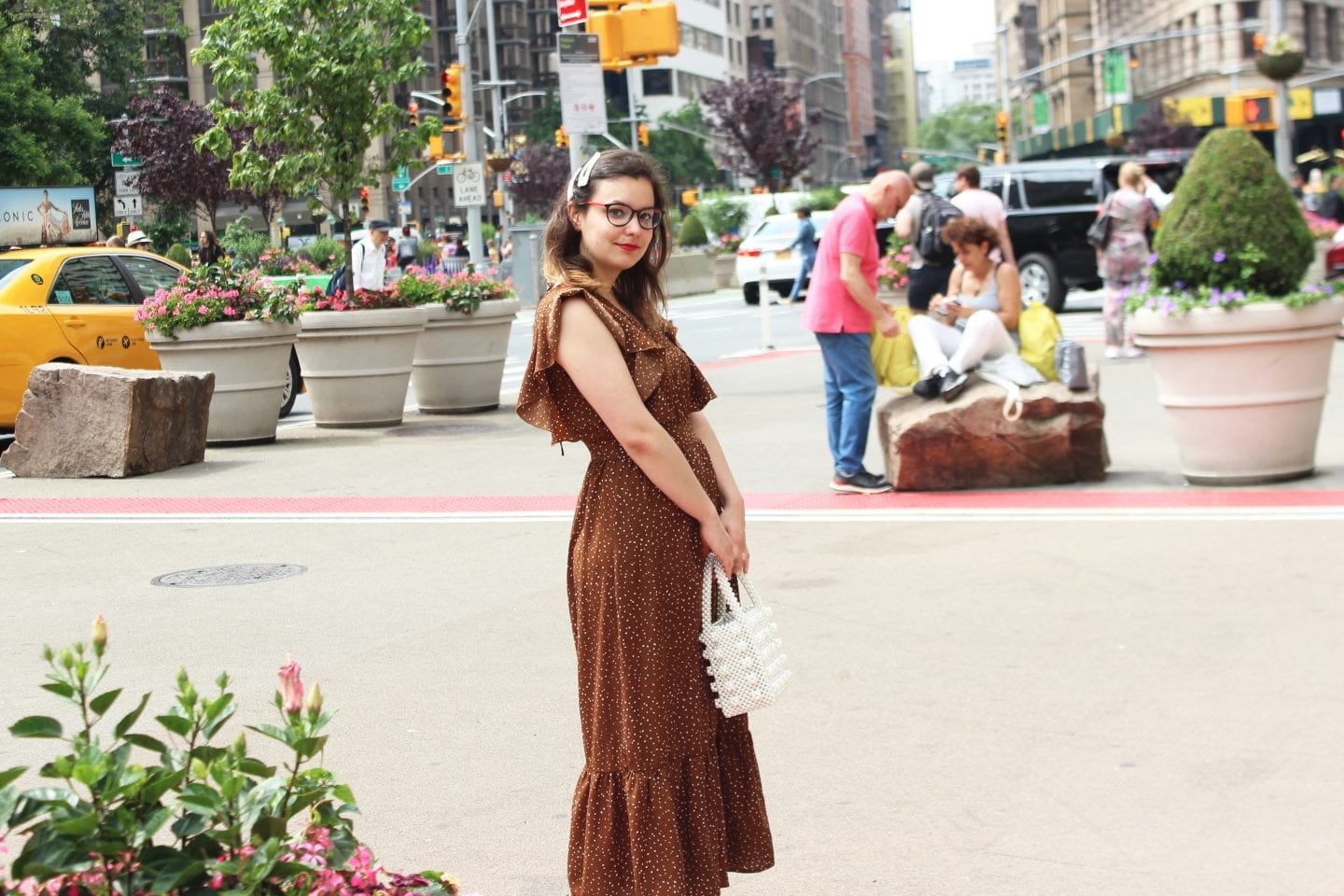 I have been in New York for a month now. A bit more but let’s settle for a month for the sake of this blog post. Yet, it just started to sink in. I was walking in the street with my husband and suddenly, I started joy dancing and saying “We’re in New York”, “We live in New York” and “OMG we’re in f*cking New York”. So, yes, it took a month in NYC to sink in.

Back in August, Philip had a job interview in New York and we knew end of August that we’d be moving to the US. With the news, came the active decision to move there. It was more than an opportunity to go at this point. We could, yes, but it was more. It was that we were moving. And so the process starting.

We realized that it wasn’t at all easy. Whether for him, who was doing it all first. Visa application, visa interview at the US Embassy in London, accommodation, flights, a lot of stress and a lot of energy. As for me, things were even more uncertain. H1B visas, also known as work visas, are really hard to get since they require a US sponsor. By US sponsor, I mean a company who wants to employ you and who is willing to pay thousands of dollars to get you to the other side of the Atlantic Ocean. Not so many are willing to do that, especially when your skills are not so unique.

Yes, marketing is in high supply of professionals.

Another way to get a visa could have been the Green Card lottery which is literally a lottery, completely at random, subjected to quotas of green card per country per year, runs once a year and can take years before you get one. Too uncertain. Or a J-1 Visa, also known as exchange program visa. Philip is on this one.

As a French citizen, I could potentially get a J-1 applying for what is called a “V.I.E” (Volontariat International en Entreprise) or International Volunteering in a Company. French companies based abroad partner up with the French government for this program. It’s like a long term internship but the salary is one of a regular employee. Plus the company pays for many expenses. But, of course, demande is higher than supply for those jobs and most positions did not interest me or I didn’t qualify anyway.

Yes, I am no software engineer nor liquidity analyst.

I eventually moved to the US on a J-2 visa, which is a spouse visa for a J-1. But reading what you’ve just read below, you might understand why it took time to sink in. Or why, people often sounded more exciting for me than I actually was about moving to New York.

Can you imagine? Of all the cities in the world, it had to be New York. Then came the stress of all Philip’s paperwork. And finding housing. Plus our wedding. So much happening at once. The interview finally came around, Philip’s visa was cleared and he booked his flights.

So now, it was my turn. Visa application, fees and interview. The questions, the wait and finally, the visa delivered. The officer who interviewed me at the US Embassy approved my visa and told me we were done. So I left and went back to work. However, I refuse to book my flight before I’d have my passport back and could see the visa. Feel it, see it, touch it.

And that’s why it sounded like I wasn’t enthusiastic about NYC to anyone. That’s why I got so many “Are you sure you want to go?” or “Do you really want that?” or “You don’t sound so excited about it.” Sure, I was a bit afraid of moving so far away, having to start from scratch, not having a job for many months, etc.

I found the idea of living in NYC really appealing. More than that. Cool and super exciting.

As long as I did not have EVERYTHING I needed to make the trip and move to the US, I was not going to get my hopes up. Because what if one thing did not work out and I was not moving anymore? What if I had heard the Embassy officer wrong and she had said “You’re visa wasn’t approved”? I had given notice at work and of my flat. My mum had booked the Euro Shuttle to come pick me and the cat up (plus all my stuff). What if I had to re-apply for a visa but from France this time?

Do you know what I mean?

Has it happen to you that something is super promising? So promising that you are certain it’s gonna happen. You take it for granted, you are sure you’ll get it. And then it fells through and you feel miserable. It happened to me a few times, with jobs.

An opportunity that sounds so incredible, is so exciting that you are terrified it might slip through your fingers and not happen at all for whatever reason.

Thus, even though there were no very good reasons to stress about the possibility that things might not go smoothly and that I would not be able to move, I still stressed about it. Looking back, the whole process was actually really easy for me as the spouse of a J-1. Since Philip had been through it already and was in the US before me, most things were already settled.

As long as I did not have the visa, I had not had gone trough customs at the airport and stepped foot in our flat, I could not let it go over my head. But then, I received my passport. And I booked my flights. I moved out of my London flat, travelled back to Normandy, the cat on my laps as we drove from London to my parents’ home. I stayed home for a few weeks, counting days, and texting my husband the countdown. 14 days. 7 days. 3 days. OMG, tomorrow! Almost there. Then I packed and flew over.

And there I was.

Smiling like an idiot on the flight. And in the cab. Trying to spot landmarks in the fog. Arriving at our flat and finally stepping in. Yet, with the jet lag and all, it had not sunk in yet.

Even after a few days, it still hasn’t sunk in. I felt like I was on holiday and I was trying to get my way around our neighborhood and the city. However, after a few weeks, I finally hit me.

J*sus f*cking Chr*st, I moved to f*cking NYC! I live in New York!

London is behind me, I left my comfort zone and now I am off to a new adventure. I live in New York and honestly, this city never ceases to amaze me! Some things are weird, other unusual, other totally incomprehensible to European eyes. Yet many other things are amazing. I did not expect it to happen and as long as I was not there I would not believe it, but here I am, living in New York.

And having my Gossip Girl moment.

So much to see, to explore and discover. I don’t know how long I am going to be there for but I am going to make the most of it. Because I live in New York, that’s just amazing and god it took time to sink in! 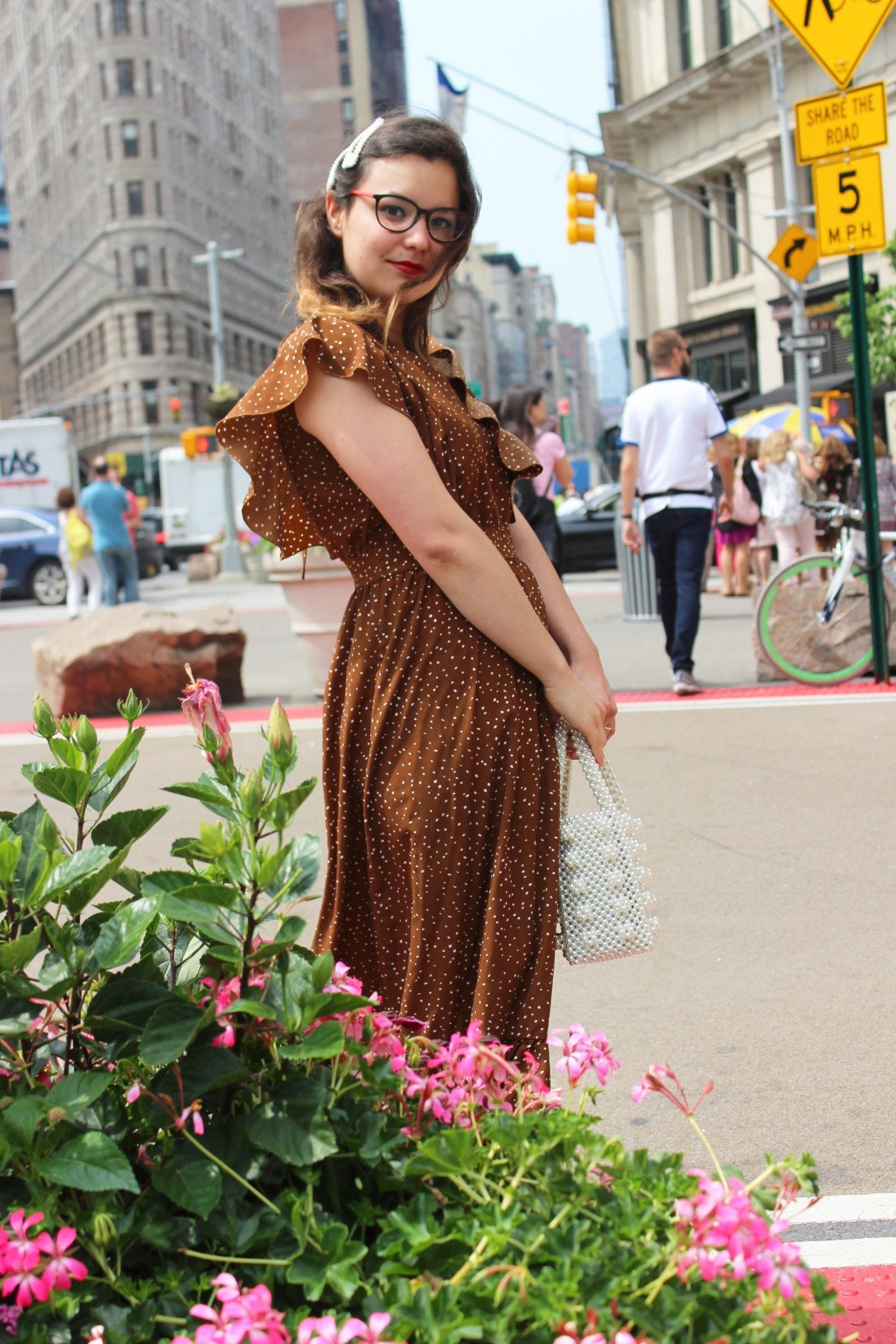 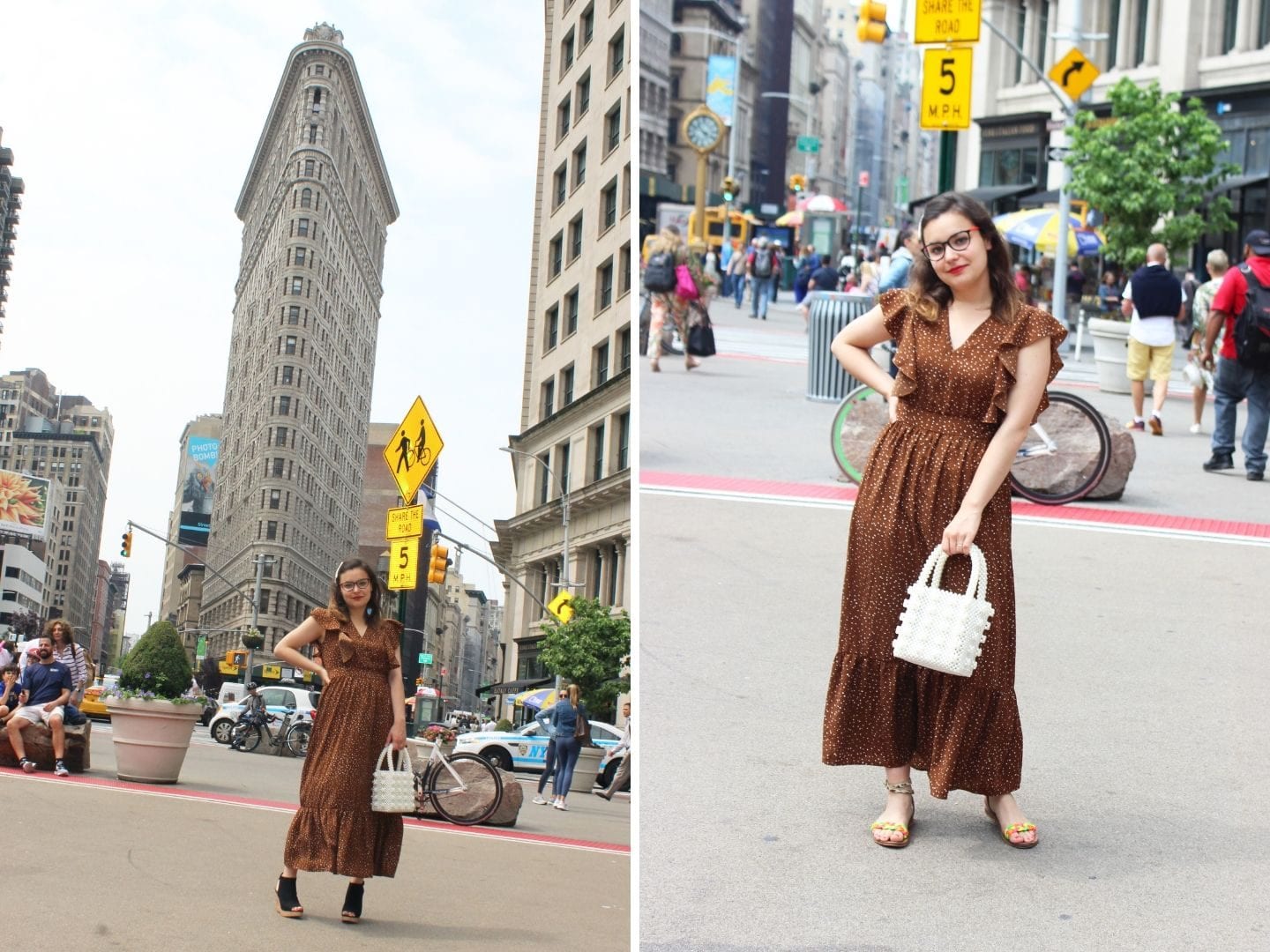 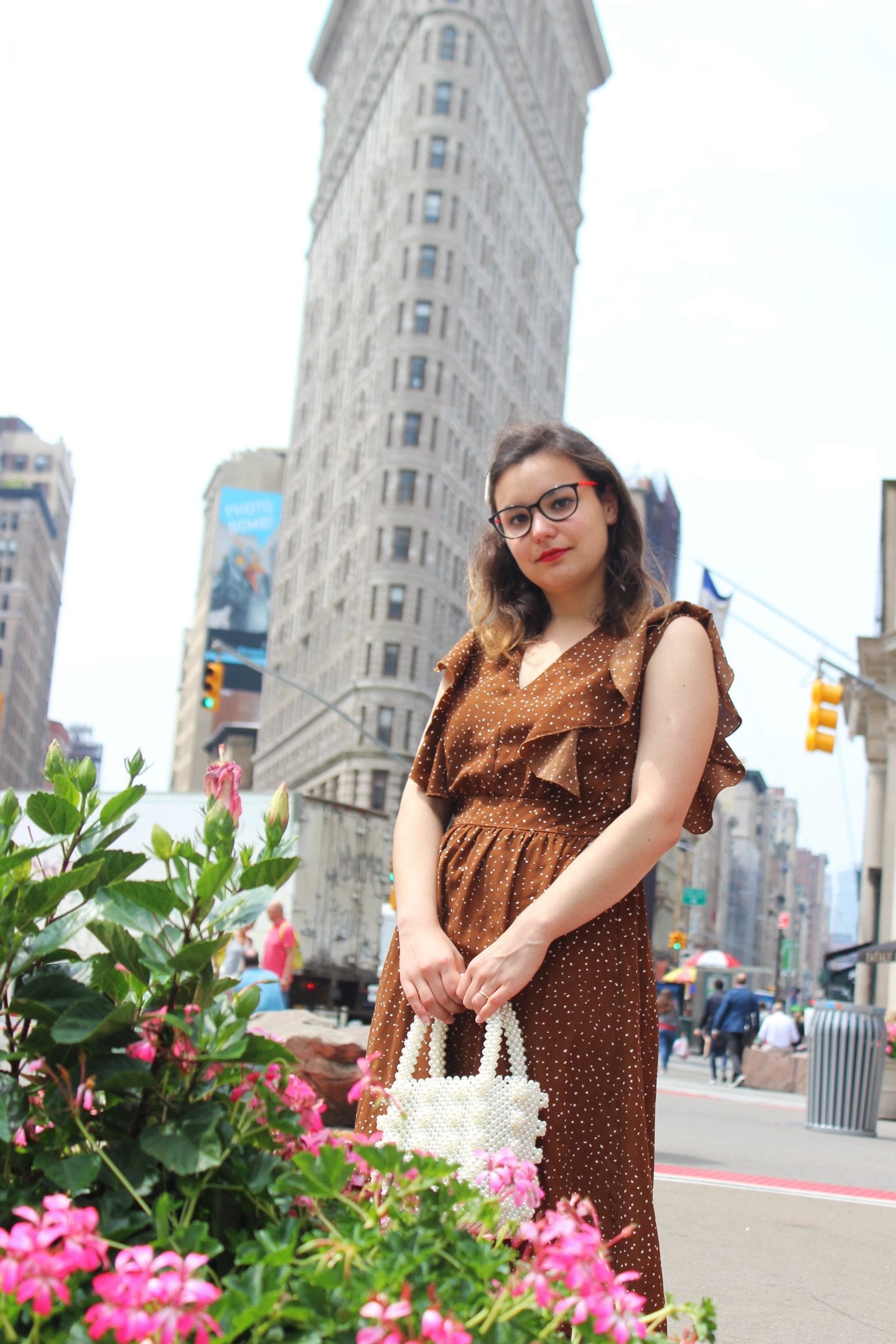 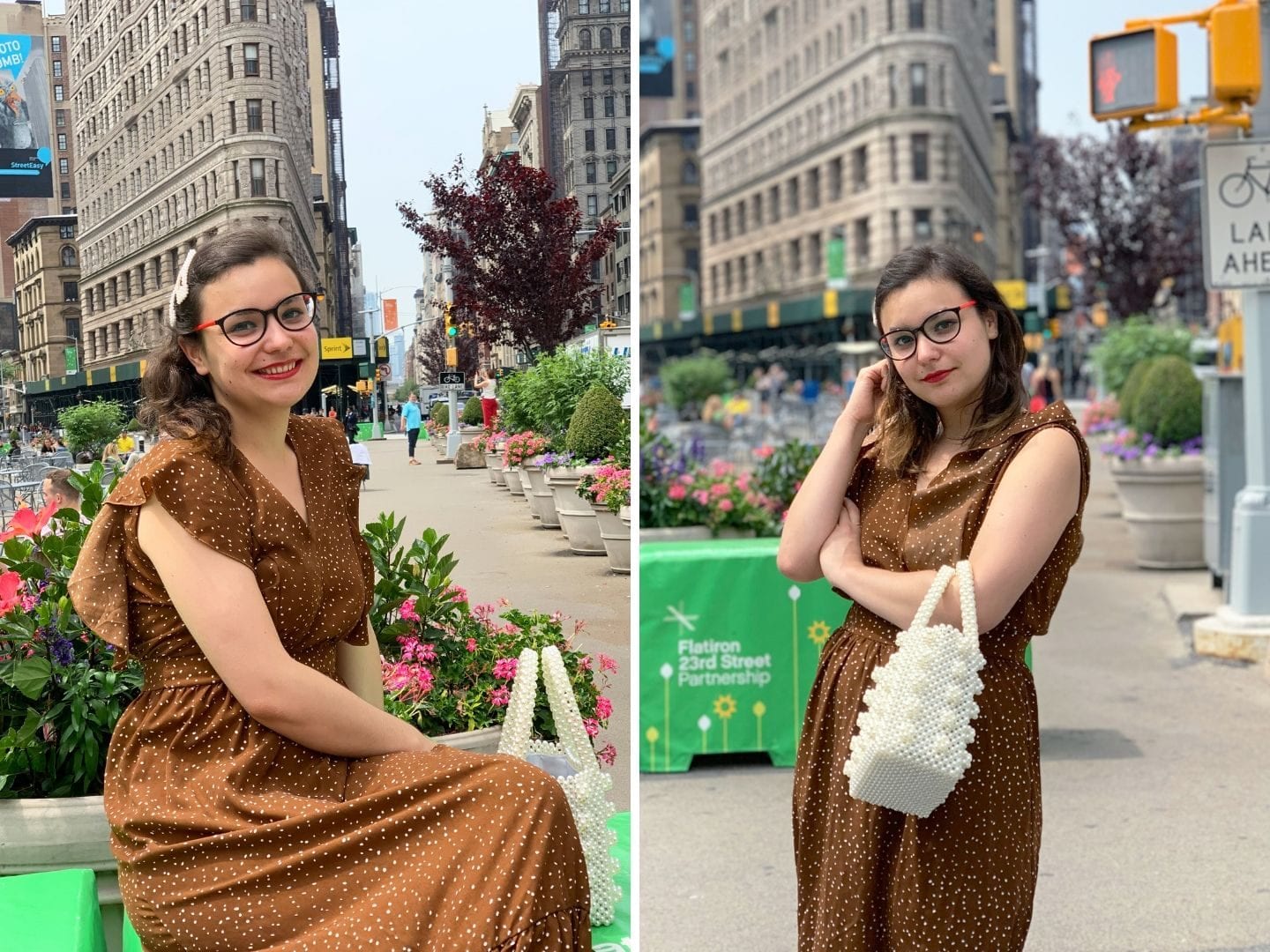 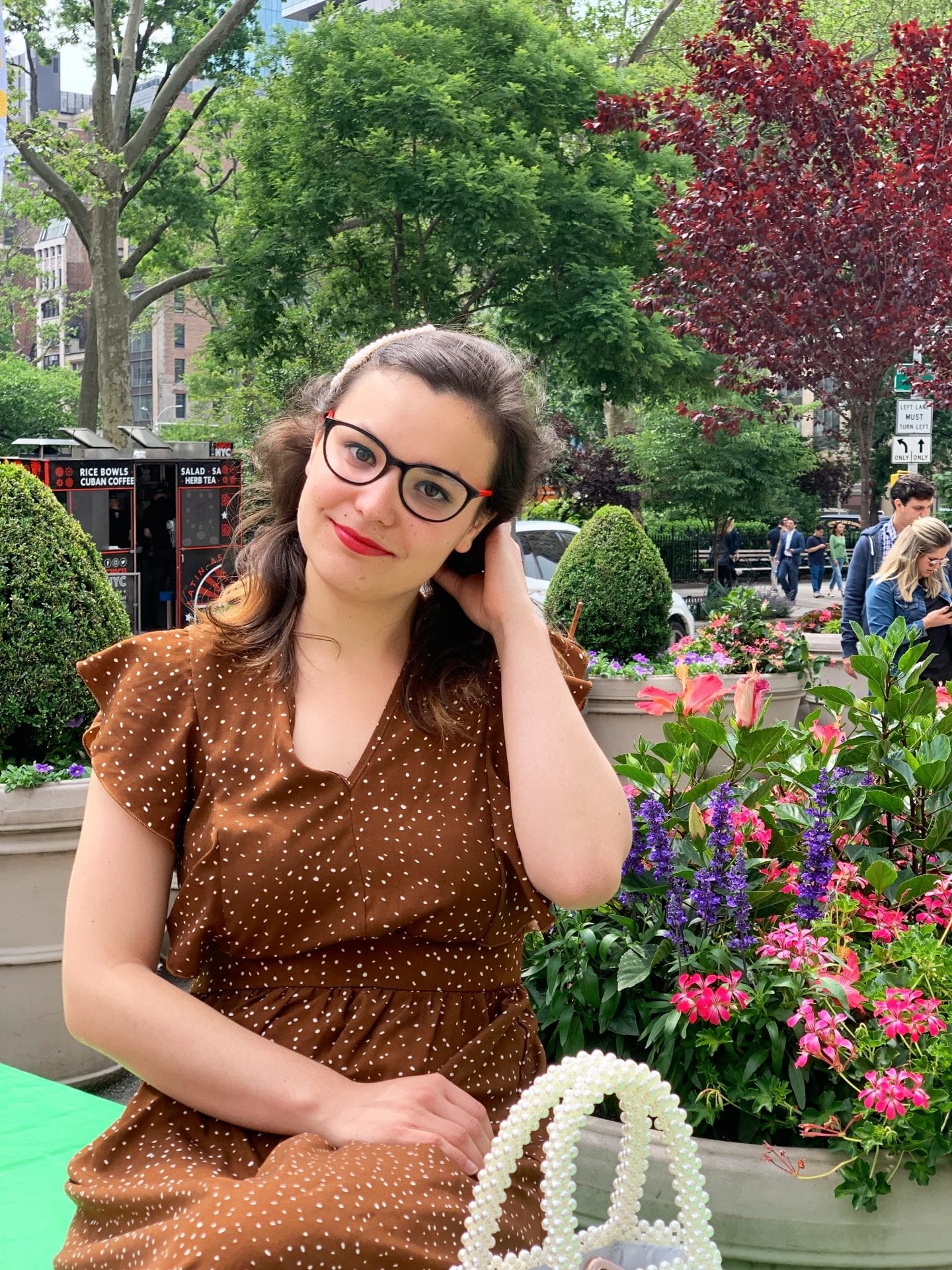 Can you relate? Have you ever been in a situation where you can believe what is happening to you? An opportunity that is so incredible you are super afraid it might slip between your fingers? Or something you were so excited about that finally didn’t happen?

I hope you liked this post. Thanks a lot for stopping by.

*The dress is a gifted item.