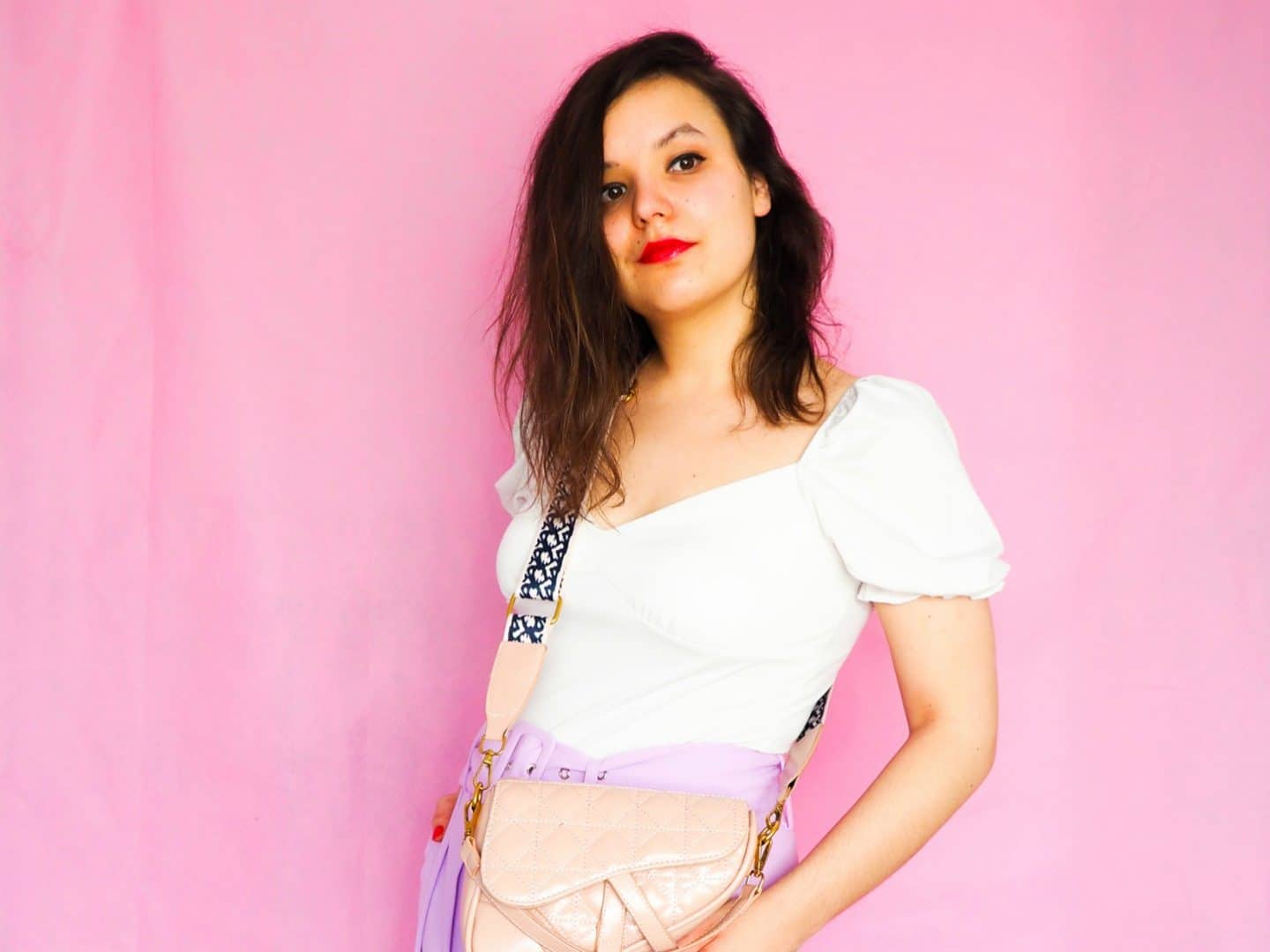 As far as I remember, birth control and talking about it was never taboo in my family. Sure, just like in class, there was the occasional giggle, but overall, it was a free discussion. We had sex ed in class too, even though it was once a year for an hour. And the atmosphere was often quite heavy. Somehow, talking about birth control seemed a bit embarrassing. And if you were the only one not giggling, you were a perv.

I wasn’t amongst the giggly ones. Also, I wasn’t one to sneak in a pharmacy or supermarket, buy a box of condoms and avoid the cashier’s eyes. No. I’d look straight into their eyes. Why would I be ashamed? Everyone uses a form of birth control after all. Thus, I was never one to feel embarrassed, try to hide my doings or shy away from buying condoms.

My Birth Control Story: Why I Broke Up With The Pill

Condoms are the only birth control method that prevents most things after all: pregnancy, STDs, infections, etc. Yet, when I dated my first serious boyfriend, condoms appeared as really inconvenient. They protect from a lot of inconveniences, however they do ruin the ambiance a bit. It’s not so romantic to stop a passionate cuddle to go grab one.

Kids, if you are not on any other form of birth control and haven’t been tested for STDs, do keep using condoms. It’s very important.

As I decided to change birth control, I went for the pill. We both got tested, set up an “pill” alarm on both our phones and went on from there. It sure made sex much more spontaneous and smoother as well. Now, my history with birth control and contraception is a bit of a rocky one. For a lot of reasons.

The different types of hormonal pills

There are two mains types of pills: combined contraceptive pill and single hormone. The former combines estrogen and progesterone. It is the most common on the market and is taken for three weeks with a week-break to allow for your period to come. This pill also helps acne and other skin conditions as well as making period less painful for those suffering from difficult periods.

It may also help reduce the androgen hormones produced by cystic ovaries (more on that later). However, it is most of the time the pill of choice. It blocks the ovulation, thickens cervical mucus to prevent sperms from getting into the uterus and turns the endometrium unsuitable for implantation. It’s a full combo.

On the other hand, the single hormone pill, uses, as the name suggests, just one hormone: progesterone. It is also called “micro-dosed” and is taken for 28 days with no interruption. That pill may prevent your period from coming altogether. The progesterone pill thickens cervical mucus and turns the endometrium unsuitable for implantation.

Doctors and gynecologists usually prescribe that pill to women and teenage girl unable to get the dual hormone pill for health reasons.

Getting on the pill for the first time

When I decided to change birth control and get on the pill, my gynecologist advised against the dual hormone pill. As a matter of fact, people suffering from migraines with aura, like I do, should not get on estrogen pills. Indeed, as I have migraines with aura, I am at more risk of experiencing a stroke when taking the combined oral contraceptive pill. Although the risks are small, they should not be ignored.

Thus, I went on the progesterone pill, also known as micro-dosed. Back then, everything seemed fine. My period stopped, which frankly was a blast. I did not feel any secondary effects. My skin stayed the same. My weight as well. I did not have migraines more often.

Back then, I did not have the knowledge of my body I have now. Plus, I was not aware of how the burden of contraception was always placed on the women. Furthermore, I also was not much informed on other types of contraceptions. Indeed, those were either deemed scary, dangerous or for older women.

The only reason why I broke up with the pill back then is because my boyfriend of the time broke up with me. We parted ways and I moved to New Zealand for a year. No need to stay on the pill then. Back on condoms.

My second experience with the pill

The second time I considered getting on the pill was a few years ago, while I lived in Manchester. My boyfriend, now husband, and I had been together for some time now. We wanted to stop using condoms and needed an alternative birth control.

I got tested again, went to the doctors and was prescribed the micro-dosed pill again. It was not the same brand as last time but I thought things would still be fine. Once I started to take it, my period seemed to never end. It was not abundant nor heavy. Just drops here and there. But enough the question my decision.

Unfortunately, shortly after I started to take that pill, I suffered a succession of migraines. It might have been completely unrelated but the timing seemed off. So I broke up with the pill again. Furthermore, I was in a long distance relationship and it felt like too many secondary effects to suffer through.

Shortly after I moved to the US, I suffered a succession of vaginal infections. Nothing to be ashamed of here. They call them BV. They are not life threatening but should still be dealt with. So I did. And as I went to the gynecologist to deal with the same problem for the third time, I mentioned feeling pain in my lower back. This alarmed the gynecologist who set up an appointment for a sonogram.

I had cystic ovaries. Which explained why my period was so scarce and the lower back pain. Roughly 20% of women have cystic ovaries at any point in their life. As long as you keep an eye on things, it is under control. When you do not have your period for more than three times a year, it is time to worry. One way to keep track is to then keep an eye on your period.

Usually, doctors prescribe the combined contraceptive pill to deal with cystic ovaries. Indeed, the estrogen helps to reduce the androgen produced by the cyst. Plus, it helps to get rid of it altogether. However, because of my migraines with aura, I could not go for that solution. The other solution was to encourage my body to naturally produce estrogen.

The best way to do so is to lose weight. Losing weight will stimulate natural estrogen production and ideally help the fight against cystic ovaries. Working out is also great to help with your period. Either make them less painful or help regulate the flow. However, when came the time to choose a new contraception, I was in an impasse.

Why I choose the copper IUD

The main reason why I decided to change birth control is because I wanted to move away from condoms once again. I discussed my options with my gynecologist. It is very important to disclose any past birth control method used and health issues as well.

The combined contraceptive pill was out of the question due to my migraines with aura. My history with the progesterone pill made it trickier too. Especially as the only way to keep an eye on the cystic ovaries was too keep track of my period. Which would have been difficult if the pill was to stop my period altogether.

Basically, anything with hormones made it difficult. I was not left with much choice. The only option I had was the IUD. Which, I had not really thought of. After all, it does not have the best reputation. There are a lot of misconceptions about it. Like it makes you sterile (absolutely not). It is for older women who already had kids (nope). It is not safe (yes it is).

To be honest, I was not really keen on subjecting my body to a lot of hormones so I was not keen on hormonal contraceptives anyways. And even though I was not keen on having something inserted inside my body, it is not like I had any other option. Indeed, it was either going back to condoms or finding a miraculous contraceptive for men. I hope that the birth control burden will be equally shared in the future to be honest.

What is the copper IUD

The copper IUD is a T-shaped device whose bottom stick is made of copper. It is placed inside the uterus during the first week of your cycle, which is the week of your period. Copper is toxic to sperm. Thus, nothing gets past it. The copper IUD might also make the endometrium unsuitable for implantation.

People tend to be afraid of the IUD. Mostly because of all those misconceptions about it. Each person will react differently to it. Thus, my story with birth control and the IUD applies just to me. I personally did not feel pain during the implantation. The placement wasn’t pleasant. There were some cramping and pinching. But not something as strong as pain.

I did not suffer from strong cramping after either. Indeed, I was able to walk back home without problem. There was some mild cramping later in the day but overall, I was not disturbed at all. The copper IUD is also effective immediately. Not like the pill where you need to wait at least a week.

To be honest, the IUD felt like the less inconvenient of all forms of birth control. Because let’s not kid ourselves. Birth control is annoying. And the burden of contraception is always put on women. They are always made responsible and that’s both annoying and unfair. The IUD can stay inside the uterus for 5 years up to 10 years. It is as many years of peace of mind. And if you want kids, you have it removed.

As I am posting this article, I have had the IUD for two weeks already. So far so good. I will write a blog post when the three months mark is passed and keep you updated on how things go. 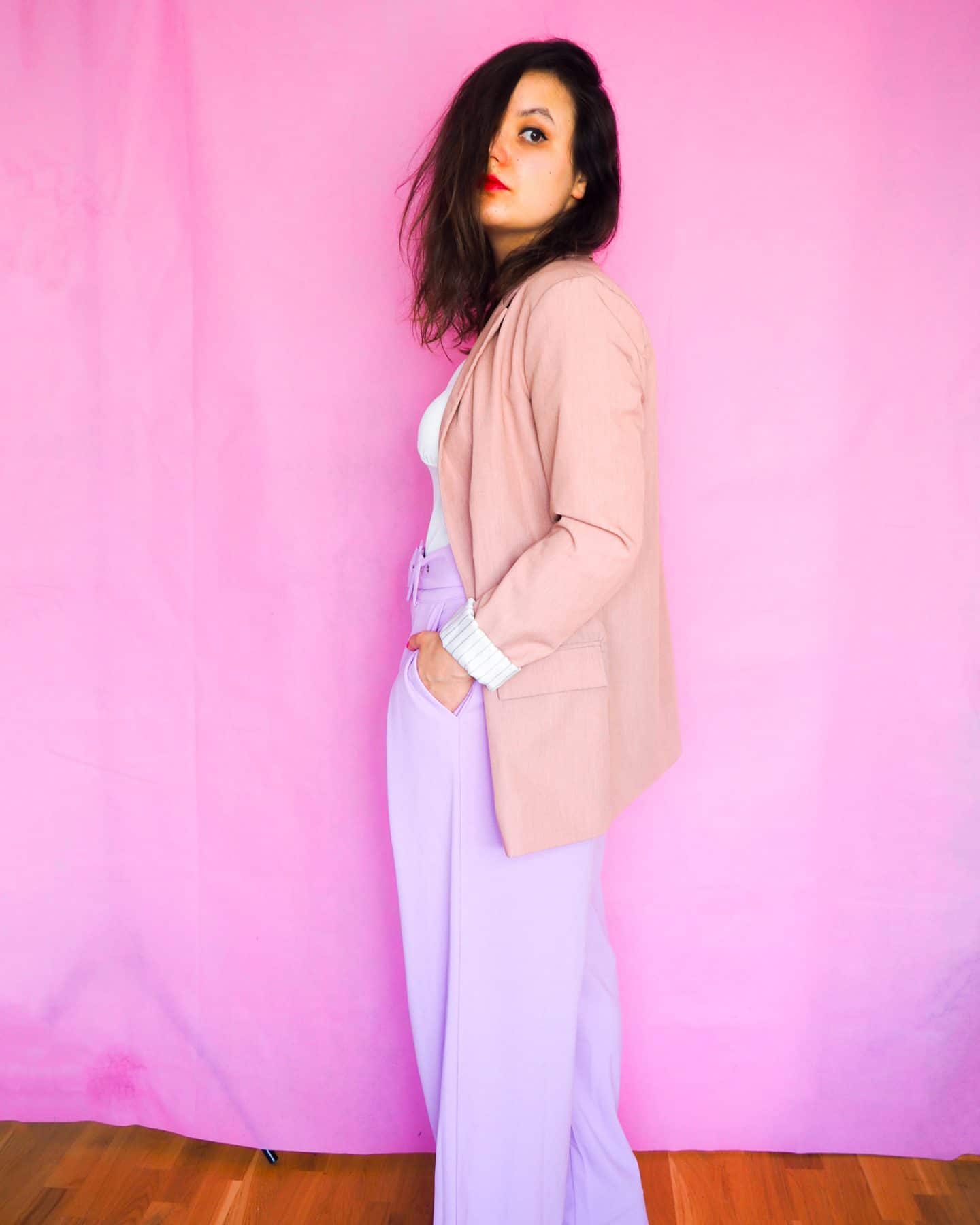 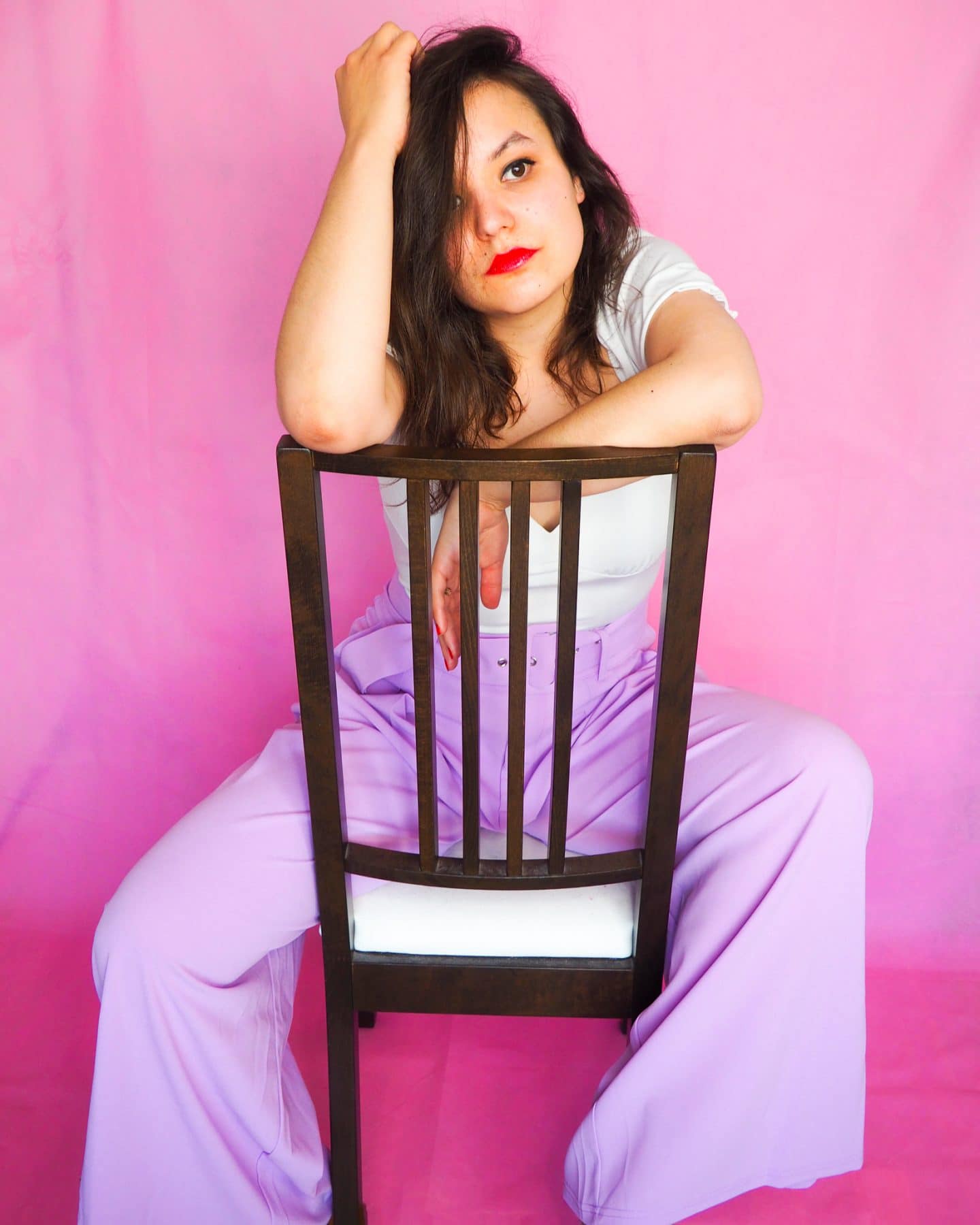 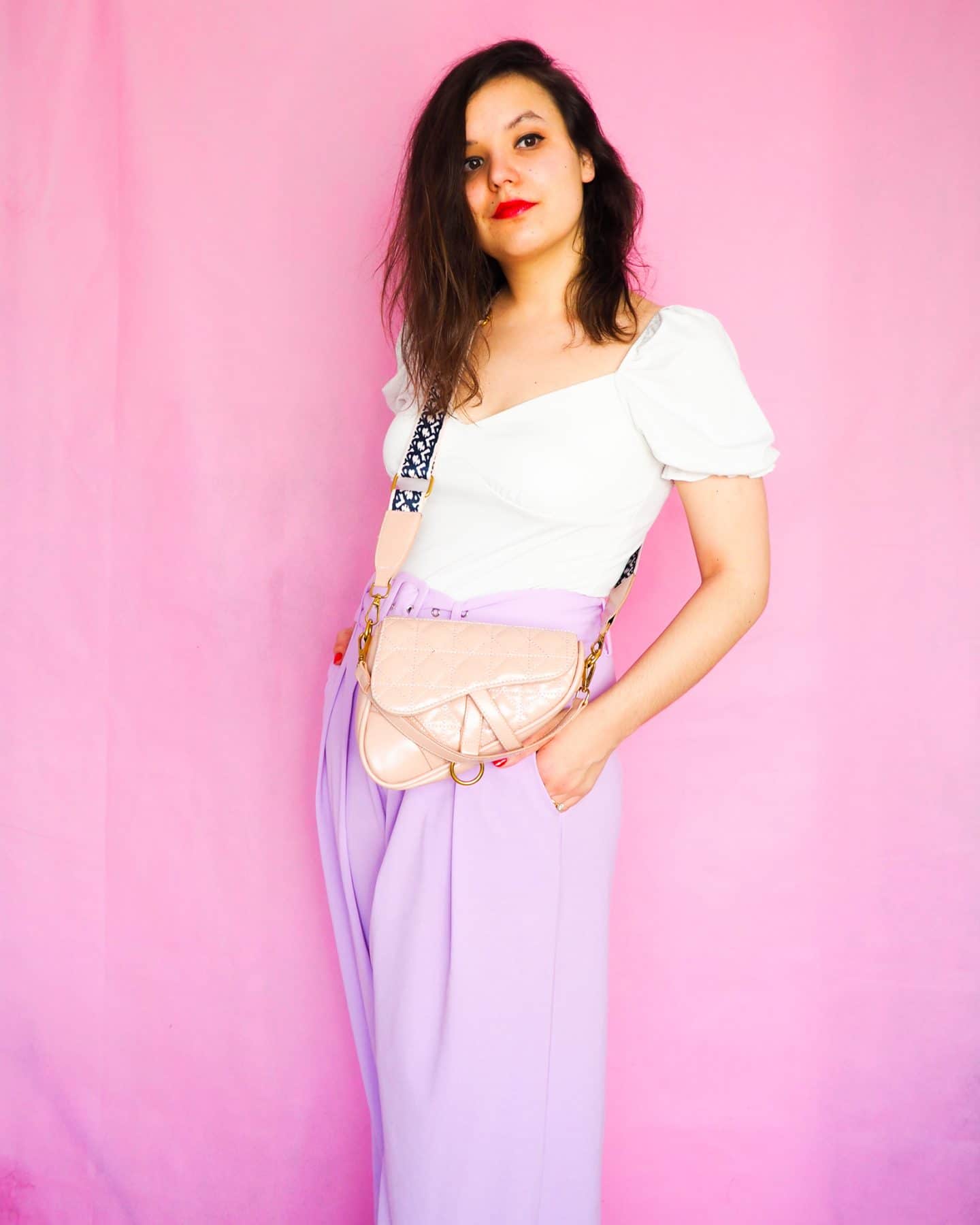 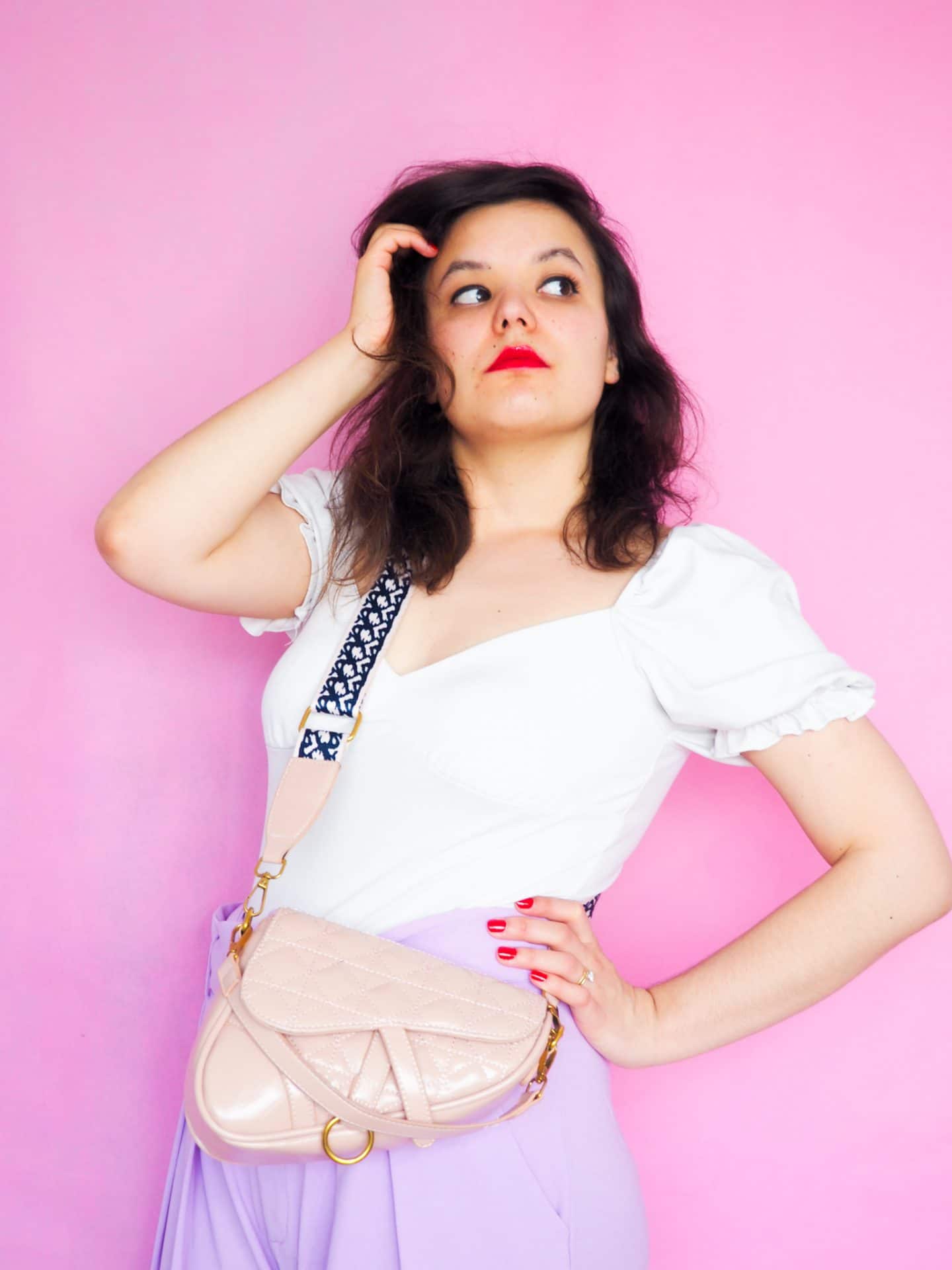 Contraception and birth control can be so tricky to talk about sometimes. I hope sharing my story will help you look at other alternative than the pills. Keep in mind that what works for me, may not work for you. In the end, you need to choose the contraception method that works best for you and your body.

Thanks for stopping by. I hope you liked this post.