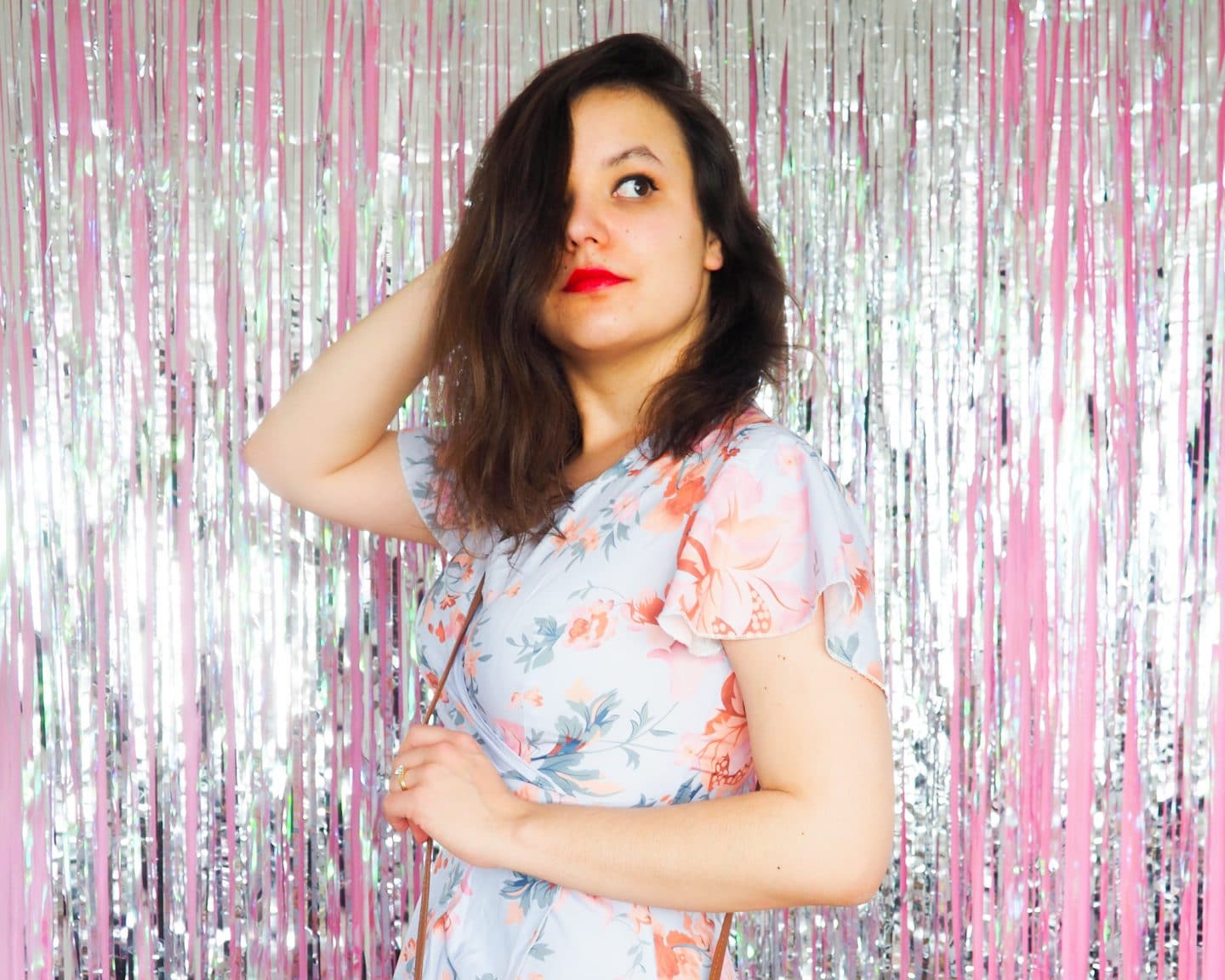 On May 1st 2019, I took a plane from Paris and flew to New York City. A year ago, I moved to the big apple, the city that never sleeps to join my husband who had moved there for work a few months prior. And what a year it’s been. Moving to New York City was easy. Not gonna lie, it went super smoothly for me. To be honest, this is only because I had a dependent visa and that my husband had gone through all the stressful bits for the both of us.

It was easy and still, moving to New York City was a huge step out of my comfort zone. Even though, I moved around so much in my university and graduate years that in the end, it did not unsettle me that much. But it was another continent, on the other side of the Atlantic. Somewhere I did not know anyone, would not be able to work for quite some time and would be forced to step out of another comfort zone.

Moving To New York City: One Year On

It’s easy when you are at university: you spend your time with the same people. When you start working, you either keep your university friends or end up befriending your colleagues. But when moving to New York City, I was in neither contexts and thus it scared me quite a bit. How would I ever meet new people?! Lucky for me, I had a lot of time to think about it. After I applied for a work permit, which would take four months to clear, I could explore the city as I wished, spend all my savings on books and meet new people.

Which I did. I forced myself to step out of my comfort zone, got in touch with NYC-based bloggers via Instagram DM, used Girl Gone International and Meetup to make new friends. One thing sorted. Those first four months went in a flash. It was summer, it was hot, I was outside all the time or blogging or reading. Or learning German. I went on a road trip with one of the bloggers I met which became a really good friend of mine.

Then my work permit cleared and I could start looking for a job. That pretty much sums up my first six months in New York City. It took me two months to find a job, going from one interview to another. Actually it took a little less since I was away for almost two weeks in the UK in October. I remember when I wrote my six months life update that I said I still did not have a job… To get a call the following day that I actually got a job.

Moving to New York City was scary for two reasons: not being to make friends and not finding a job. I had actually nailed both at the end of the first six months in the city that never sleeps. And thus, things would be easier and less stressful. Oh, I wish.

As I was just starting a new job, we had just come back from Europe and that flying back for Christmas would be incredibly expensive, we decided to stay in the US for Christmas. It was our first Christmas just the two of us. Sure, it felt a bit odd to not be with our families. But it was also a blast. And very romantic. We had a Christmas dinner with our friends who had also stayed in NYC and that was a lot of fun.

The Christmas holidays were a lot of fun. The New Year went on. My first New Year’s Eve in the US. And I was back to work. Even though I was a bit skeptical about it at first, I got to admit that I am really liking it, learning a lot, feeling appreciated and I am doing quite well. I got a raise back in February after my Valentine’s Day campaign was such a hit!

I also started to go to the gym, which I had not done in a few years. It really felt great, I felt great and it gave me discipline, a bit more of a routine. Aside, I carried on shooting in Manhattan like I did upon moving to New York City. My Booktube channel took up a bit chunk of my time but I did not care. I could see I was improving, I was having fun and reading a lot of books.

In January my husband turned 33 so I took him to a super nice hotel in Williamsburg for dinner, a romantic night in and breakfast. It was super nice. February was a dream too. Again, my best month at work. However, Colette, who I was taking photos with all the time, moved back to France so I had to find someone else to take photos with. And I did. A super talented student photographer that I shoot with once a month.

And then it hit us.

We were hearing news of coronavirus in China since November but no one really worried. Then it seemed to spread after Christmas to Europe, but again, the US thought it would not reach their shores. Until February when the first case was admitted to a hospital next to where we live. From then on, everything changed.

Everything happened so fast. One day things we all fine and well, the next the state shut down. I was working from home alongside my husband for the next two months while the number of COVID-19 cases and deaths increased exponentially. Since my husband is a postdoc at NYC, we live in NYC accommodation. Our flat is just above Tisch Hospital and next to it was set up a makeshift morgue. A bit grim.

It has been two very odd months. New York City is quiet like a countryside village. The air is fresh and pure. It does not smell bad. Birds are chirping, the street are empty. NYC is eerie. Never seen that before since I moved to New York. In the meantime cases reached their peak. Social distancing and the shut down are working: things are getting better. Not good enough to reopen the economy.

The stay at home order lifts this Friday, on May 15th. I am meant to get back to the office on June 1st. Nothing is confirmed yet. Working from home was odd but I managed to get a lot of things done, including designing a whole website and implementing a new theme on another. I filmed more Youtube videos, read much more books and stopped working out. I do miss the gym.

One year in New York City

In conclusion, this year has been a bit crazy. It went in a finger snap. Overall, it was a good year. I met new people, got a new job, worked on my Youtube channel and blog, read a lot of books. Yes, despite the pandemic, it was a good year for me. I know I am super lucky: I can work from home, I am safe and healthy, I still have a job. Sure, things will never be the same. Yet, I can’t wait to see what my second year in NYC will have in store for me. 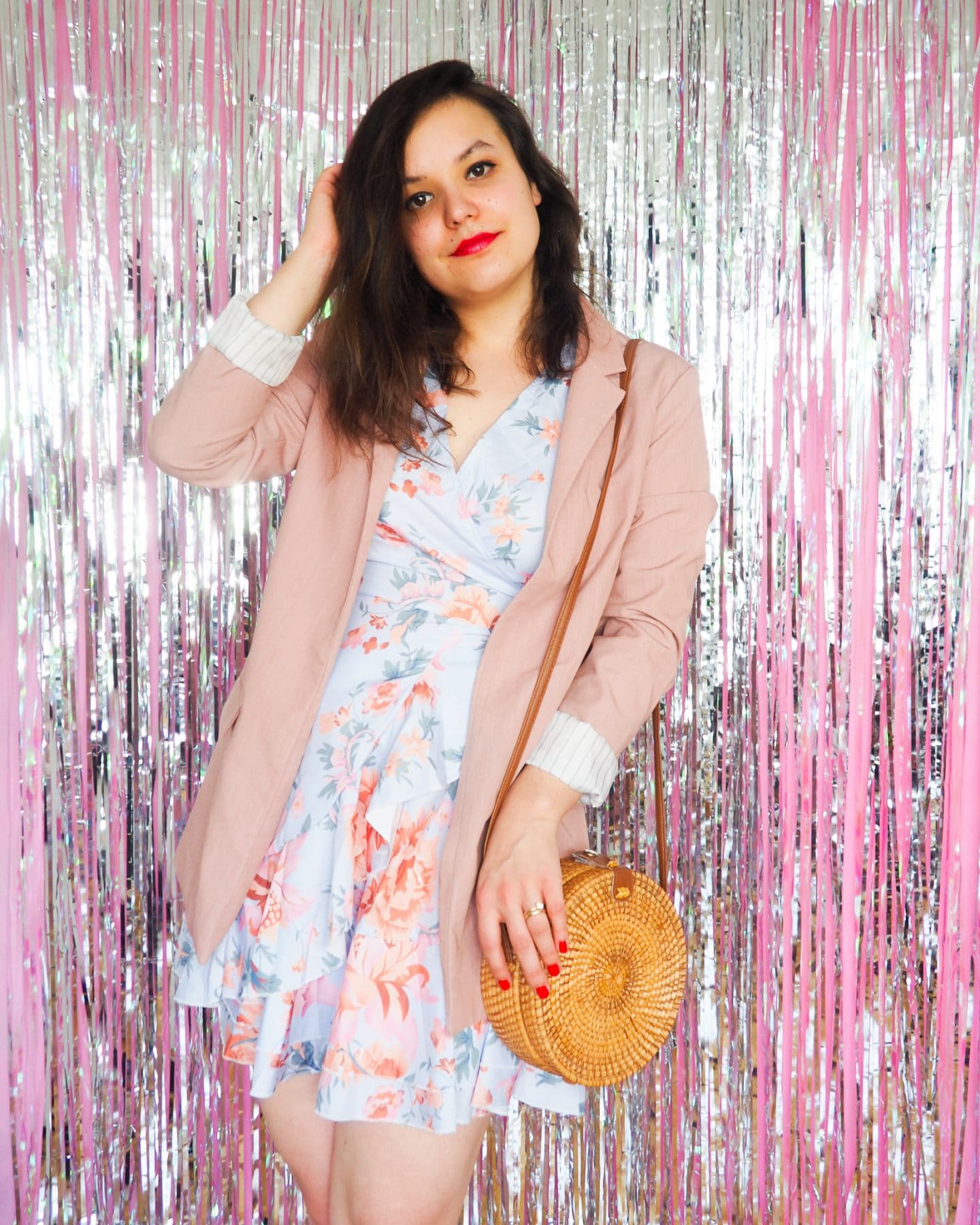 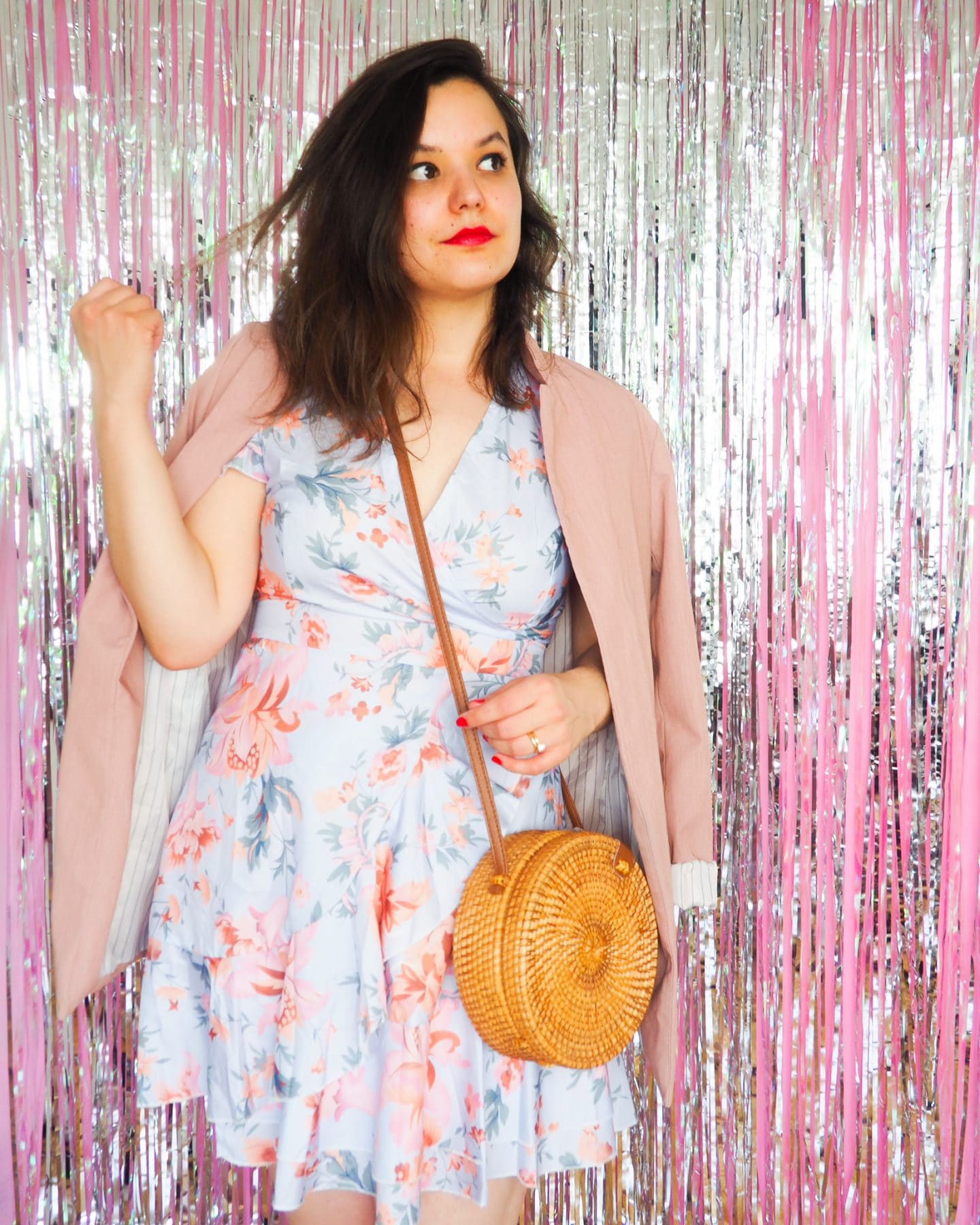 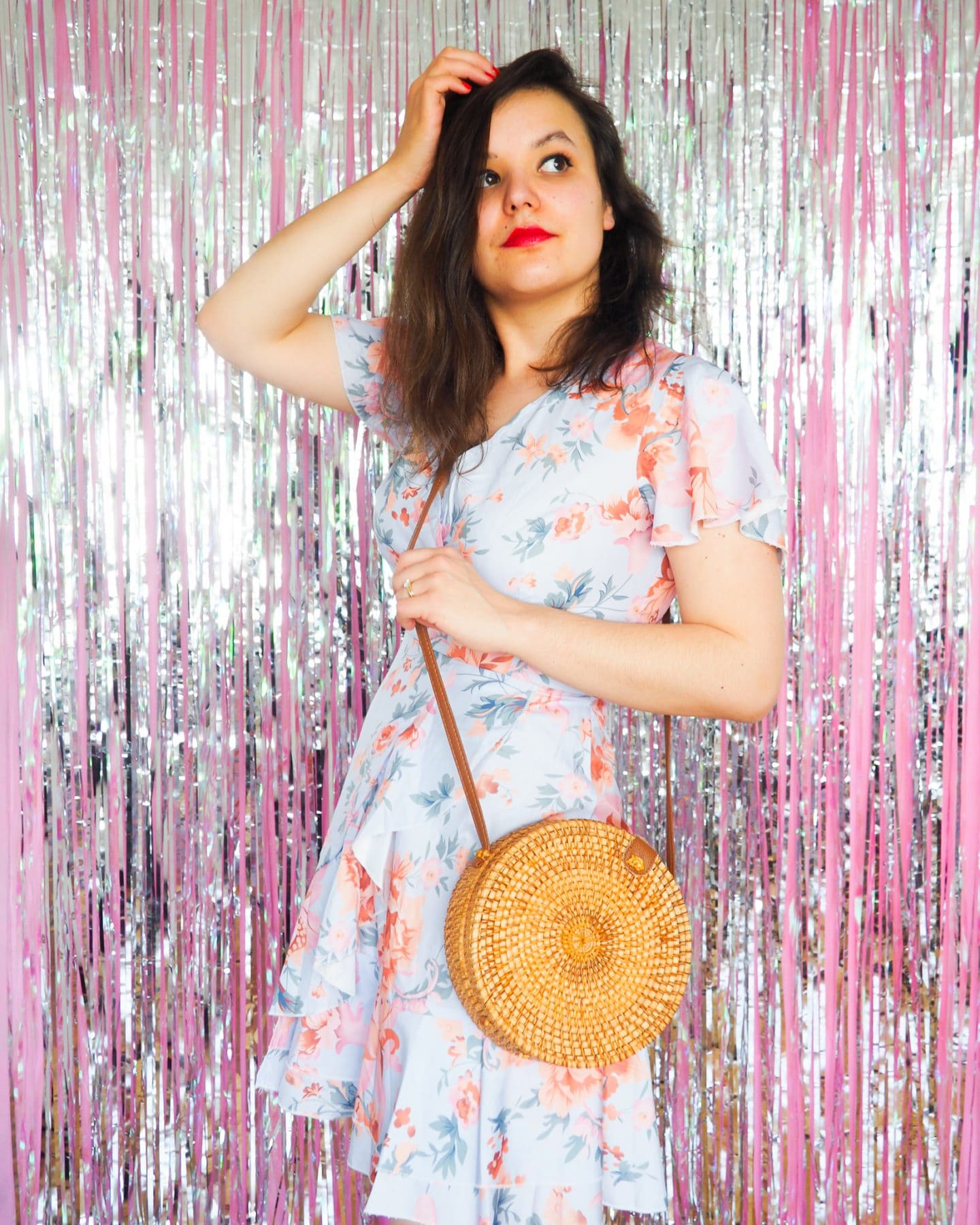 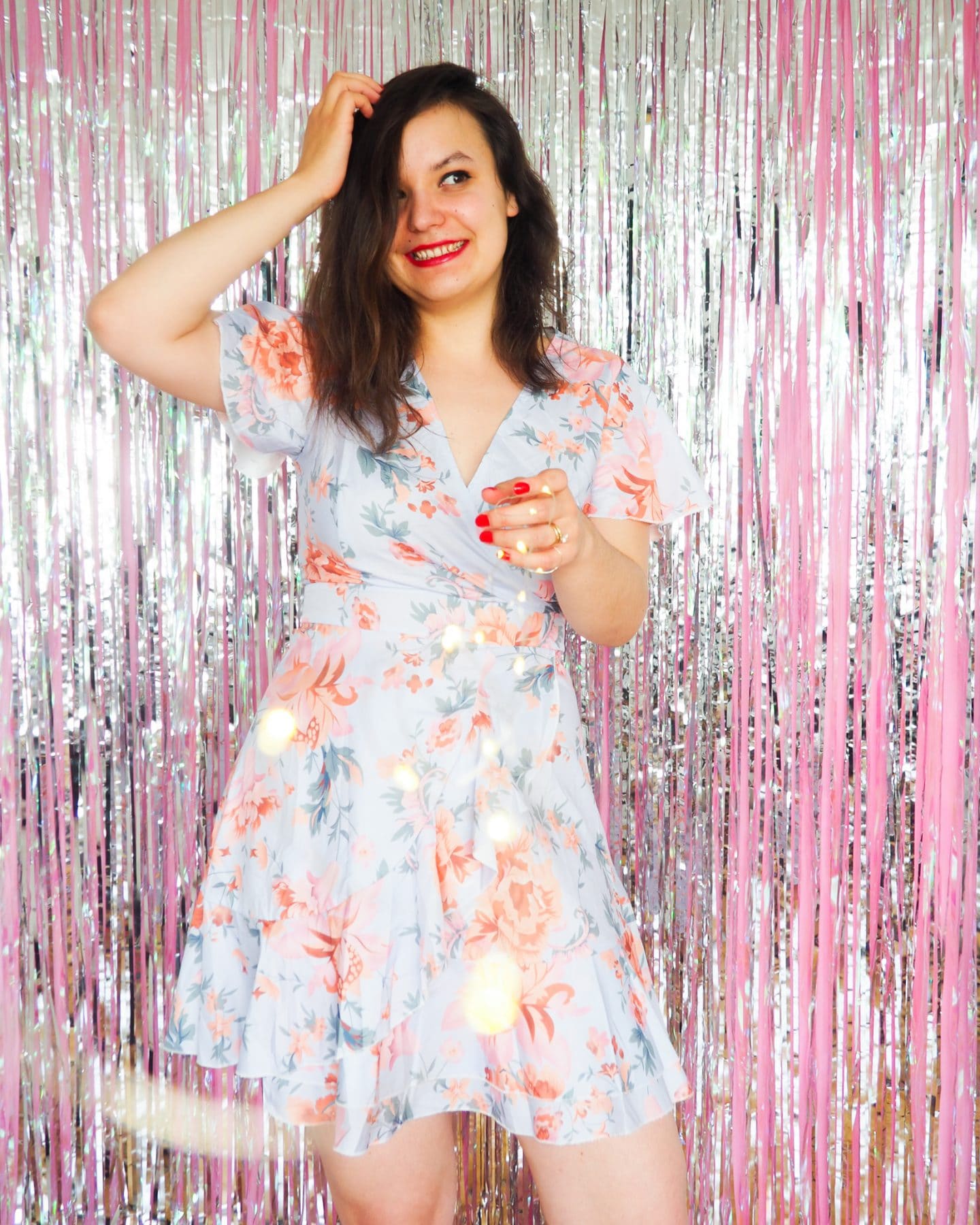 One year since moving to New York City already! Cheers to the second year!