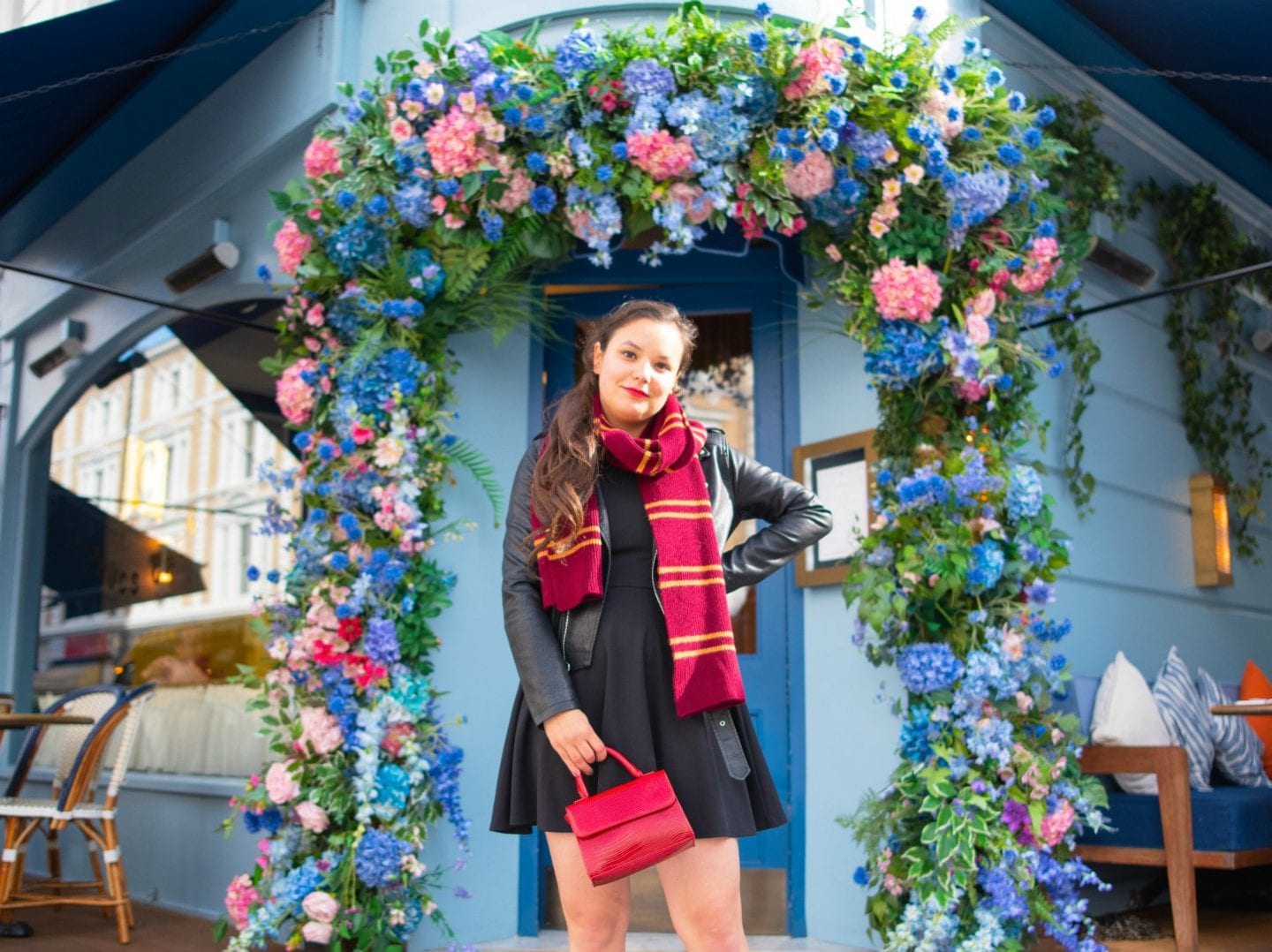 So here we are. It’s been six months. Six months that I moved to New York. A bit more now, since it is November already. And tomorrow probably Christmas. That’s how fast time goes these days. But that is also a good sign. It usually means that I am busy and having a blast. Which I am. Even though, just like for everything, it is not always pink clouds and all glitters.

So, what have I been up to those six months in New York…

I moved to NYC on a J-2 visa, which is the spouse visa to a J-1. Basically, I depend on my husband for all things immigration. If his visa expires, mine does too and we both need to apply for a new visa. The thing is with J-2s, is that they don’t come in with a work permit. Bummer, I know. So I had to apply for one of those (and pay $410) as well as wait for three months. If they even decided to give me a work permit as they have the liberty to deny you one. Thankfully, that didn’t happen.

As I waited for my work permit to arrive, I had a lot of time on my hands to do a lot of things. Thus, I started a French booktube channel. And an English one for good measure. Since my audience is mostly English speaking. So I have both now. Please subscribe to whichever you prefer. I promise, I say interesting things sometimes! Since they are both booktube channels, I needed books to talk about. So I started to read again. A lot. Sometimes up to 10 books a month! Of which I give short reviews on this blog as well (May, June, July, August, September, October wrap ups if you fancy). I also spent quite a lot of money in books! Maybe too much. But that’s not the point.

However, as I had months where I was reading way less for multiple reasons (traveling, job applications, not in the mood for reading), I did feel some pressure to always read more. Why? Because if I did not read, I would not have anything to talk about on my booktube channels. With those came pressure. However, I have decided to reduce the amount of videos I do to once a week on both so that I can still see the light at the end of the tunnel.

Since I was working as a freelancer on the side when I was living in the UK, I had to close my business account there. But because I still wanted to make a bit of money for myself with the client that stayed with me despite my move across the pond, and from blogging, I opened a business account in France. Why? Because the US and France signed a fiscal treaty that allows freelancer with a business address in France to work in the US and pay their taxes in France. The bonus is that France has a rather good social security and care system, despite very tedious administrative processes. As a matter of fact, as a micro-entrepreneur, I pay taxes and social contributions (both depend on my monthly revenue) which go towards my pension and social security contributions.

Freelance wise, things got slower. My client had less work for me and I did not look for any more. Blogging wise, I must say, it went really well. For September mostly. I got quite a few Instagram and blog collaborations, which allowed me to make enough revenue to fund most of my trip to London, and cover my expenses in September and October. Unfortunately, both October and November haven’t been that great.

I did not take the “going full-time blogger” thing very seriously despite what I said in my previous life update. However, it did feel nice to make money through blogging and I will explore this avenue more in the coming months! Especially because I have some exciting collaborations already coming up on both my Instagrams!

Since I received my work permit at the end of August, I have also started to apply for jobs. As quick as it may be in New York, and as many jobs as there may be, it is still not that easy. I have had interviews. Quite a few. I have even been up to final stages. But so far, still nothing. I have been lead on by a company, been ghosted by some others, mislead by some others. Even though getting interviews is good news, it is starting to get exhausting and long (a bit discouraging too). I am not giving up, I am still applying but it hasn’t been the best experience. That’s how job hunting works I guess. I am still not sure whether I want an office job or want to be a full time freelancer.

Thus, even though I will carry on applying for full-time jobs, I will also start to apply to freelancer jobs again. We will see what comes up first and decide accordingly.

When it comes to friends, I was a bit afraid. Friendship in Europe and in the US works differently. Maybe it is a stereotype, but from what current and former non-US citizen residents seemed to say, friendship in the US mostly is about acquaintances. You hang out with your work colleagues, form rather superficial bonds that break that moment you change job. Or you have people you see more often who tell you that you should definitely hang out or go for coffee and then never follow through. I assume if you have a friend group from university, then it’s different. However, I managed to meet a few people and make a few friends still. Sure, I had some help through Facebook groups and apps, but still. When we say we should do something, we do it.

I have met fashion bloggers to take photos with, other content creators and brunch buddies, as well as friends I see on regular basis for brunch, dinner or drinks. Of course, life happens and sometimes, I do not see them as often as I would like to. But I feel I still did good when it comes to forming friendships in a new city.

When it comes to New York itself, well… It is big, cramped, noisy and smelly, I am not gonna lie. It is very different from London and often fantasized because of all the TV shows taking place there (Friends, Gossip Girl, Sex & The City). Sometimes, it can be overwhelming and it takes some time getting used to. But once you know the city (or think you know it), you are fine. I go everywhere riding a bike, it is much faster that both subway and buses. Despite all the cars, NYC is quite bike friendly with bike lanes everywhere.

There is a lot to see in the city and I have not seen even 1% off it. Sure Central Park, the village, Greenwich, the bridges and some other things have been ticked off the list. But most things are still there. The only museum I have been to? The museum of Chinese immigration. But I am confident I will get to explore the MoMA or the Met soon.

New York has an amazing food scene. Not because it is typically American but because it brings together all the food from all around the world. What do you want? Italian, Indian, Vietnamese, Korean, you name it. There will be something. That’s how it is. The variety is incredible. And since very often eating out is just as expensive as buying groceries, what do you do? You eat out, yes! So yes, I have gained some weight. Philip and I have been changing our eating habits lately and being a bit healthier so we are confident we can make up for what we gained.

On other news, I am still baking (of course). You can check out one of my latest recipes. I shared the cupcakes with the maintenance team in our building and Philip brought the remaining to work. The cupcakes did not last long. I have also started to learn German. Philip is German so that makes sense. It’s been four months now. I am still a beginner but can speak a few sentences. It’s been super fun so far!

Remember a few months ago when I still could not believe I was in New York and how long it took to sink in? Well, now, it’s fully sunken in. I live in New York, I go around the city easy peasy, I know good places and it is starting to feel like home. We are not going back to France nor Germany for Christmas and will have our very first New York Christmas and New Year. We are both super excited, it’s gonna be amazing! I can’t wait to go Christmas tree shopping! 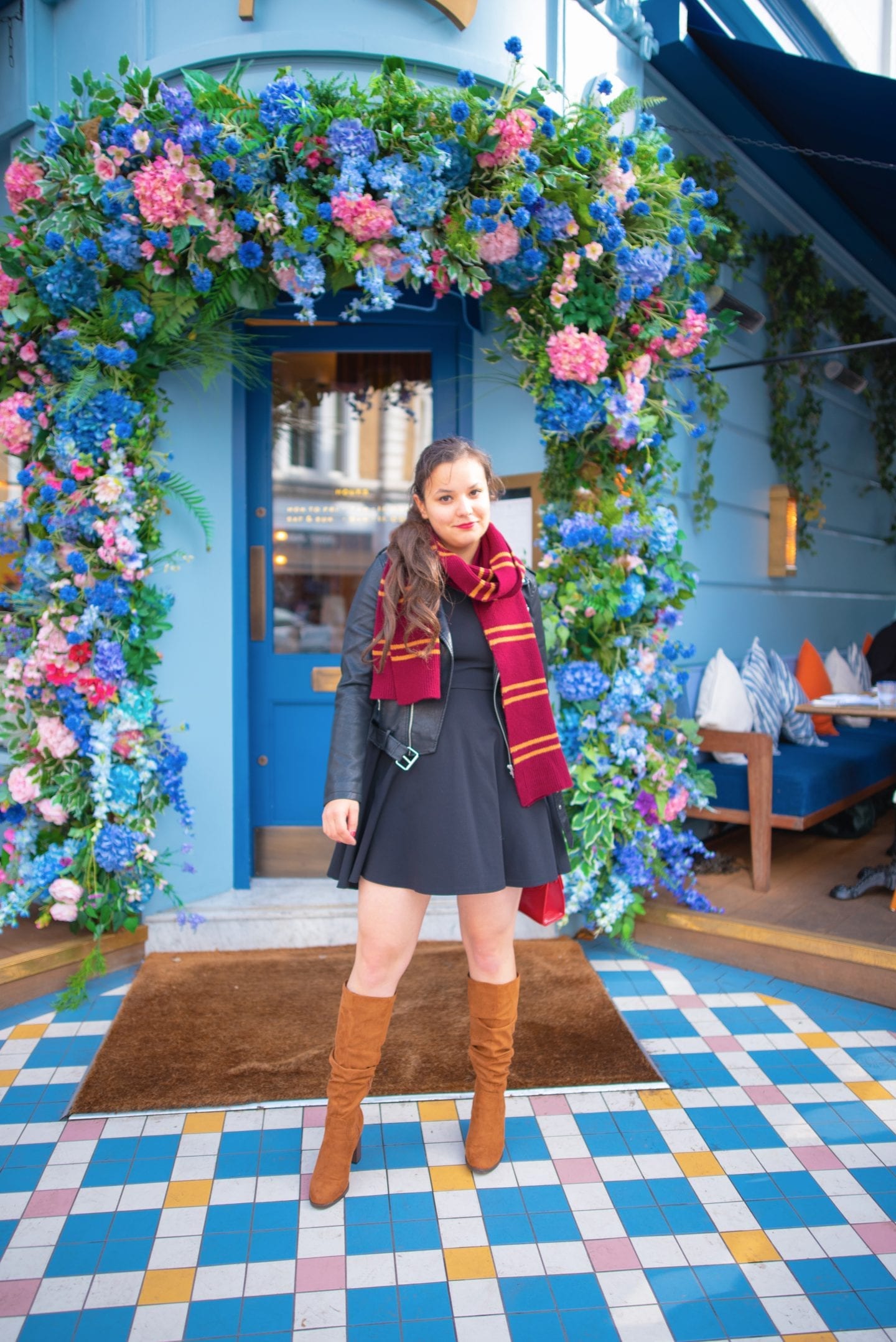 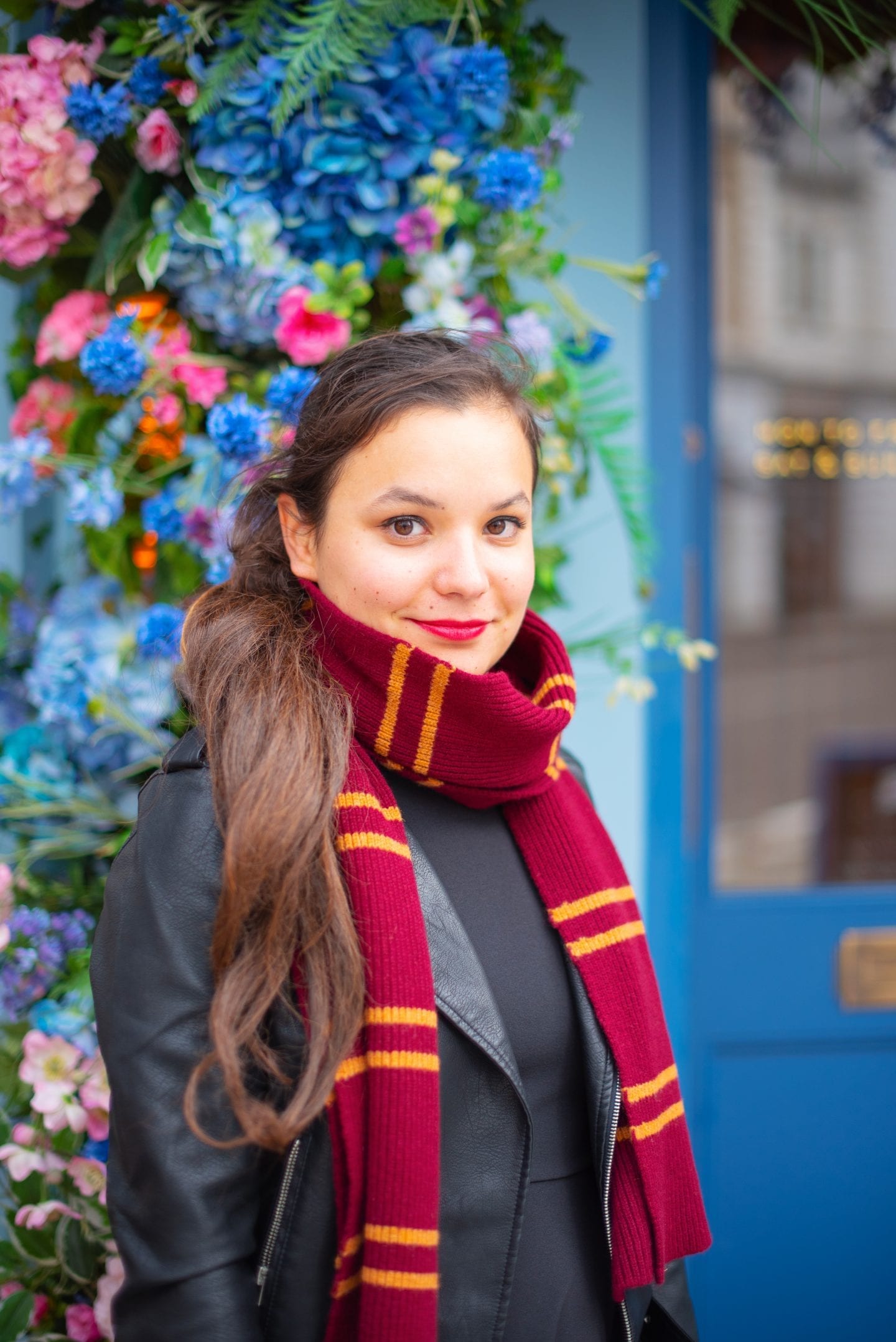 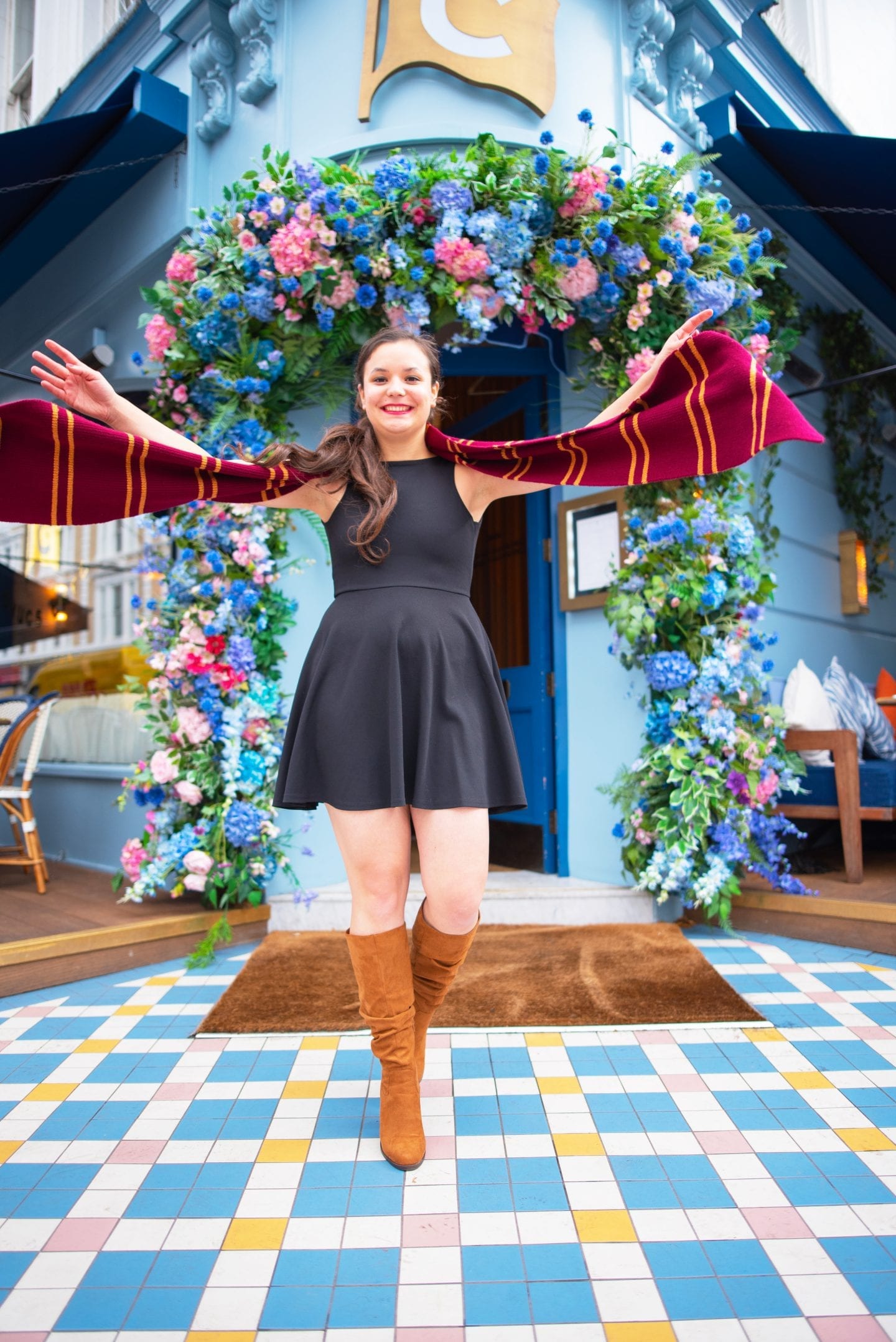 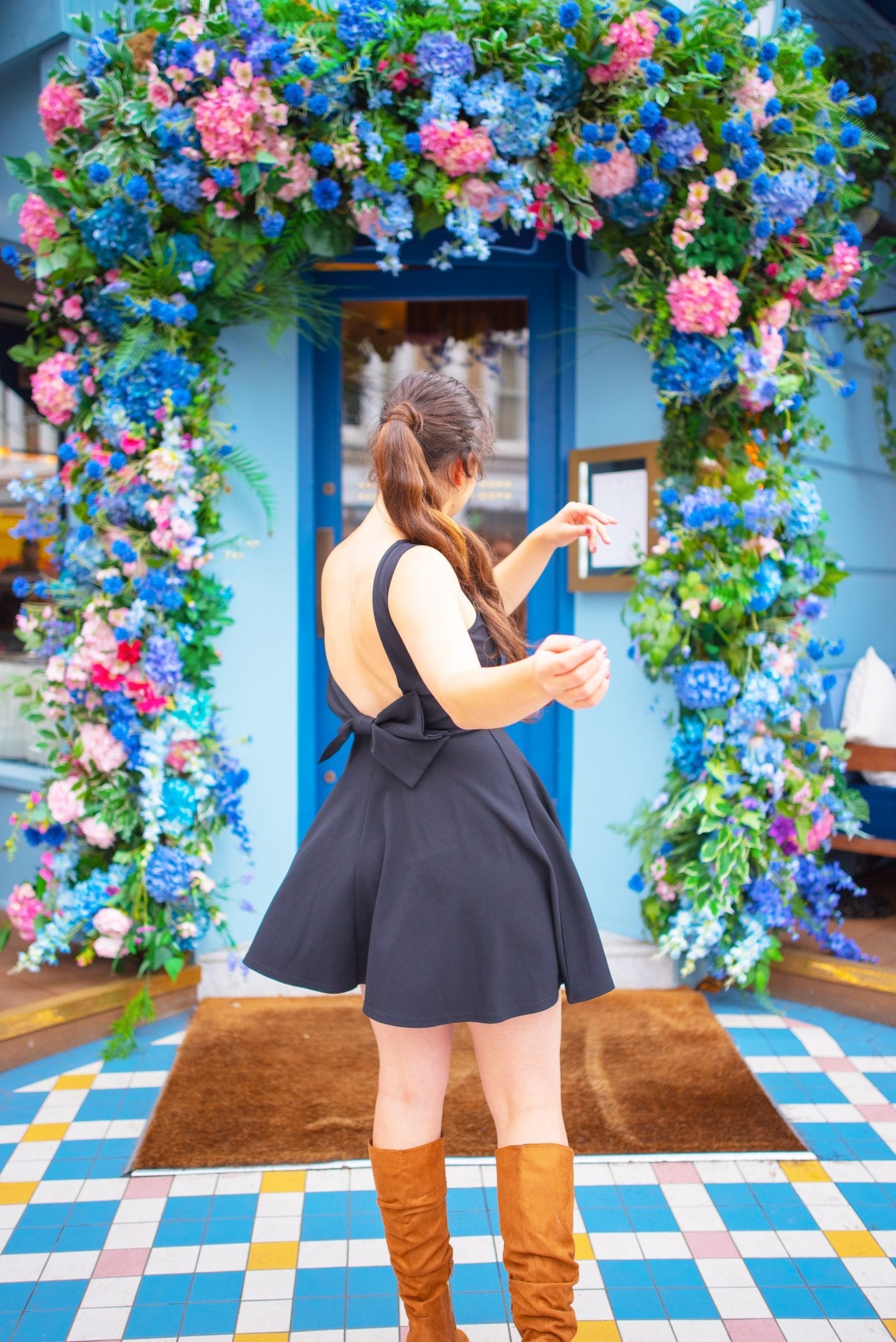 So that’s all I have been up to in the past six months in New York. It feels like I landed yesterday. That is how fast time goes. Have you been to New York? Or moved somewhere new? How have you been these past few months? Anything exciting in the pipes?

Are you subscribed to my English Youtube channel yet?