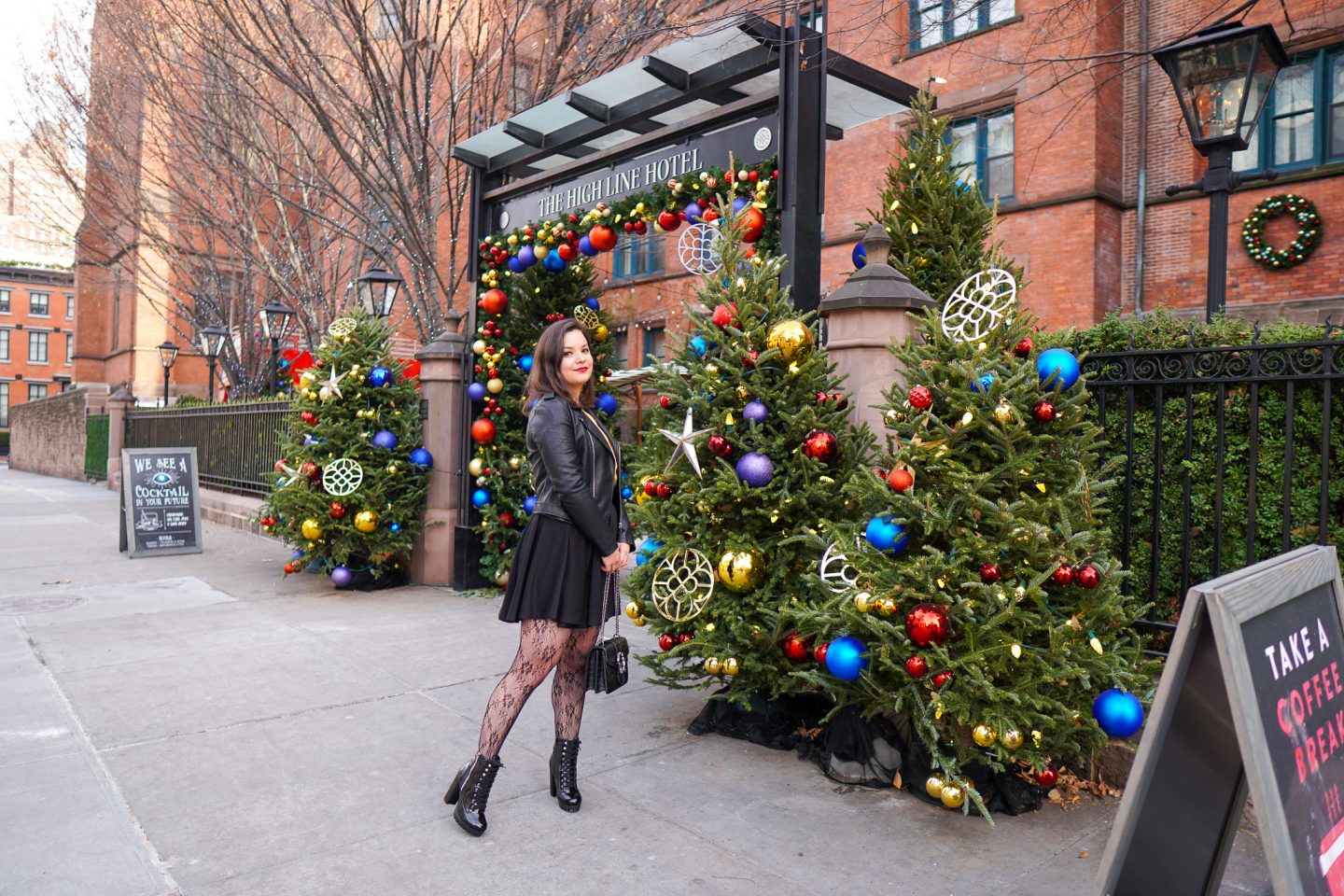 Ah, the new year… The occasion to reflect on the past year, think of the lessons learnt and to make promises we are likely not to keep. That’s what good resolutions are, am I right?! Even though, this year, I will make an extra effort to keep those promises for as long as I can. They are not self-validating or anything. They are changes I need in my life. That’s all it is.

Of course, each year that goes away usually is rich in lessons learnt. Some might seem like small lessons and inconsequential, some are big and life changing. They are all important in equal measures. Because just a tiny little thing can help you move on. Sometimes we do not realize that there were indeed lessons learnt. It is later, after taking a step back, that we get it.

Better later than never. 2019 has been busy, intense, crazy. I talked about it in my retrospective post. So much happened, of course there will be some lessons learnt. And thus, here they come!

1. I can sleep in planes

Let’s start with a light easy one. I can sleep in plane. And that’s good news. How did I come to this conclusion? After years and years, convinced it did not matter how long a flight would be or whether it’d be overnight, that I was not able to sleep in a plane, it happened. I slept in a plane. And for six hours straight! Sure, we flew to Europe overnight so I sort of was following my biological clock but still! It never happened before! And, sure, again, the past times I was flying long hauls, I very often was either drunk or hangover so it probably did not help. Or maybe I had convinced myself so hard that I could not sleep in planes, that I could not. Until I could. And believe me, it’s gonna make life so much easier because you can only watch so many movies!

2. Everything happens for a reason

I always was skeptical of this maxim. First, I believed that pushed to its extreme, it became the excuse to justify anything that may happen. And an excuse to not face failure or take responsibility. Did not get that job? Everything happens for a reason. This did not work out? Everything happens for a reason. Instead of taking a step back, reflecting on the why and how, and maybe telling yourself that it did not work out because of many factors, including your actions or lack thereof. Second, what does that even mean?! I gave it one or two thoughts. And came to the conclusion, that indeed, everything happens (or does not) for a reason. Reasons that can be of any nature and kind: you did not put in the efforts, you were not nice, you did not do your research, etc. Reasons that include your environment, circumstances and things out of your control. But also things within your control. It is a mix of both. And finding the reason as per why something did not work out, questioning where your responsibility lies helps to move on and improve.

3. The more they say they are, the less they are

A lessons learnt at my expense. I wasted a lot of time. Because I sort of saw it coming but ignored it and carried on as if nothing was bothering me. You can bet that when someone keeps on repeating the same thing over and over again, they are just trying to convince themselves (or believing it) that they are what they say, when they are not. For instance, a company I was interviewing with for a job insisted on how important transparency is to them. Turns out, their interviewing process was absolutely not transparent and the company as a whole was not either. This can apply to many things including when people swear they are not racist, sexist, etc. They more they say it, the less they are what they say. And if the way they insist makes you feel uncomfortable, it’s time to walk through the door.

4. Everything goes both ways

I do not know why but people tend to expect a lot from others… while not being willing to produce the same amount of efforts themselves. Because, yes, it is well known, others should just give and you just take. Of course, it does not work like that. I had previously talked about it in my post about friendship after university and in my resolutions for 2020. Everything goes both way. I mean, sure, I knew that already, but it is really living in a country where nobody ever follows through with what they say that made me realize that truth even more. Maybe someone who says “let’s meet up for coffee one day” does not expect you to follow through. But what if you did. And they are pleasantly surprised, and the meet up happens, and it starts a friendship? You never know. And you can only blame yourself if things do not work out because you don’t produce the sufficient amount of efforts or wait for everybody else to take the initiatives. Lesson learnt.

5. You can’t talk politics with everyone

You know what they say. If you want to lose friends, start talking about politics. It works every single time. Not sure about that as politics is a topic I engage with quite often with my friends or people I just met. Maybe because in France it is something that people do. Debating and talking politics is part of the culture. We do not shy away from discussing politics. Obviously discussions can go sour rather quick, especially if your interlocutor is on the other end of the political spectrum. And although I do not have friends that lies on either the extreme left or extreme right, I still have friends who disagree with me, vote differently than me. And that’s fine. That’s why democracy works. A plurality of opinions. However, living in the US for sometimes now, the culture is totally different. First, talking politics makes people uncomfortable. Second, the fact that there are just two parties, makes it difficult to position yourself on a spectrum. You are either Republican or Democrat. There is not really an in-between. If you are more left than Democrat, you are branded a socialist or a communist, which in the US, are both bad words. And of course, I experienced first hand trying to discuss with Republicans and Trump voters, which did not end well. So, you just give up and accept that you cannot discuss politics with everybody.

Of course, when it comes to lessons learnt in 2019, there might be more. Because, as I said at the beginning of this post, sometimes, lessons learnt are teeny tiny. And some were learnt a long time ago but I got confirmation recently. But understanding things, admitting some truth and learning your lessons is the best way to move on with life. No need to stay stuck on something that will not budge. 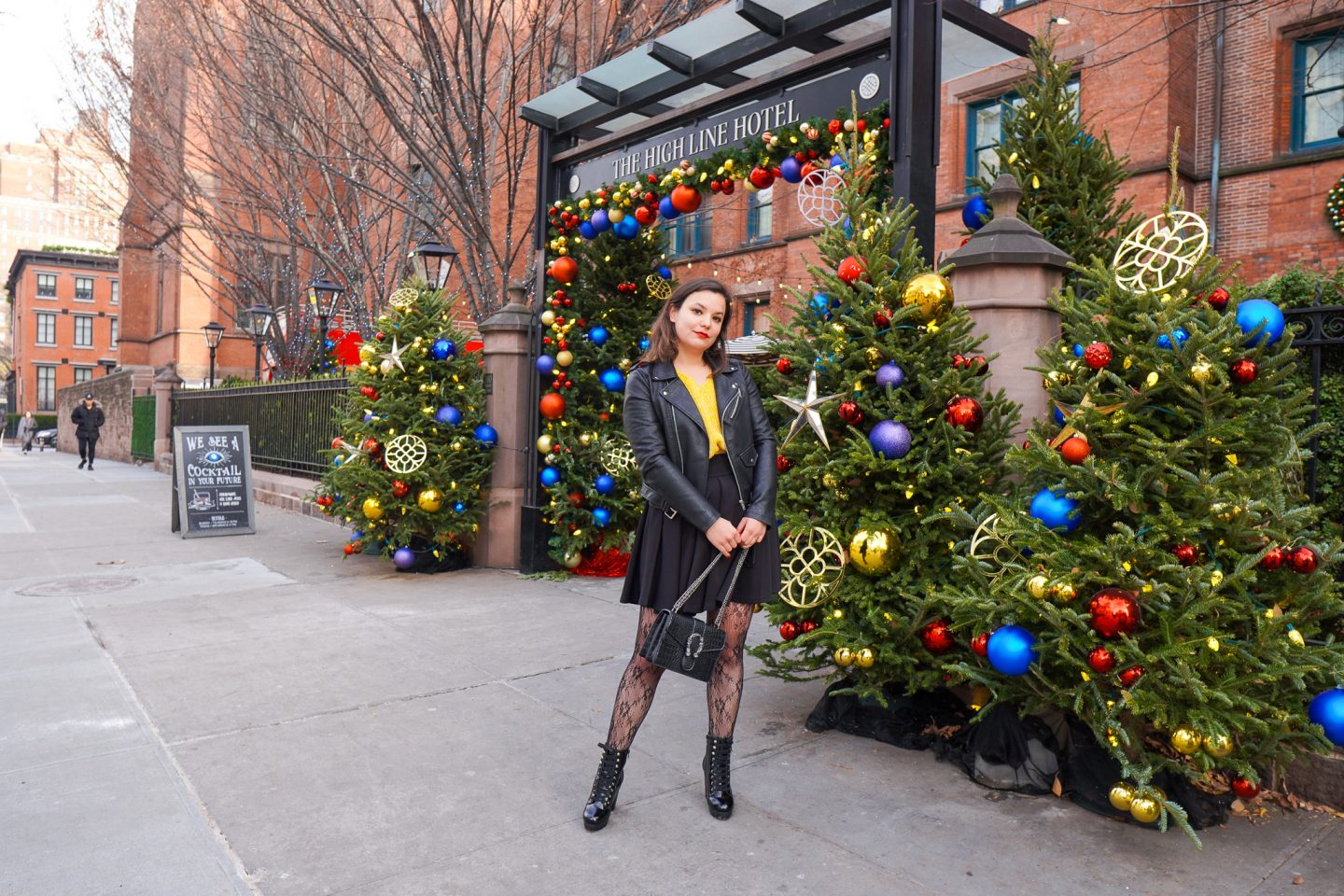 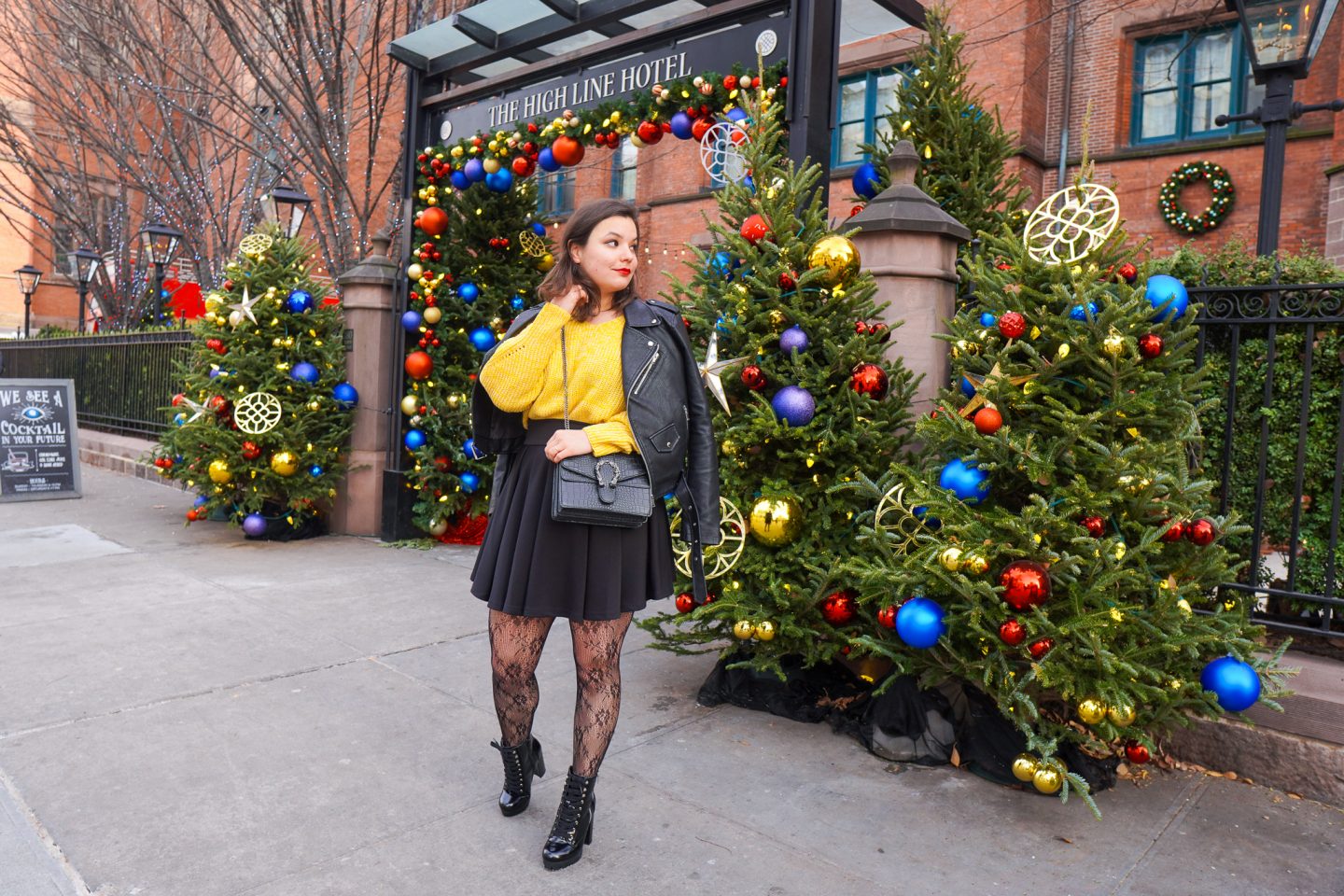 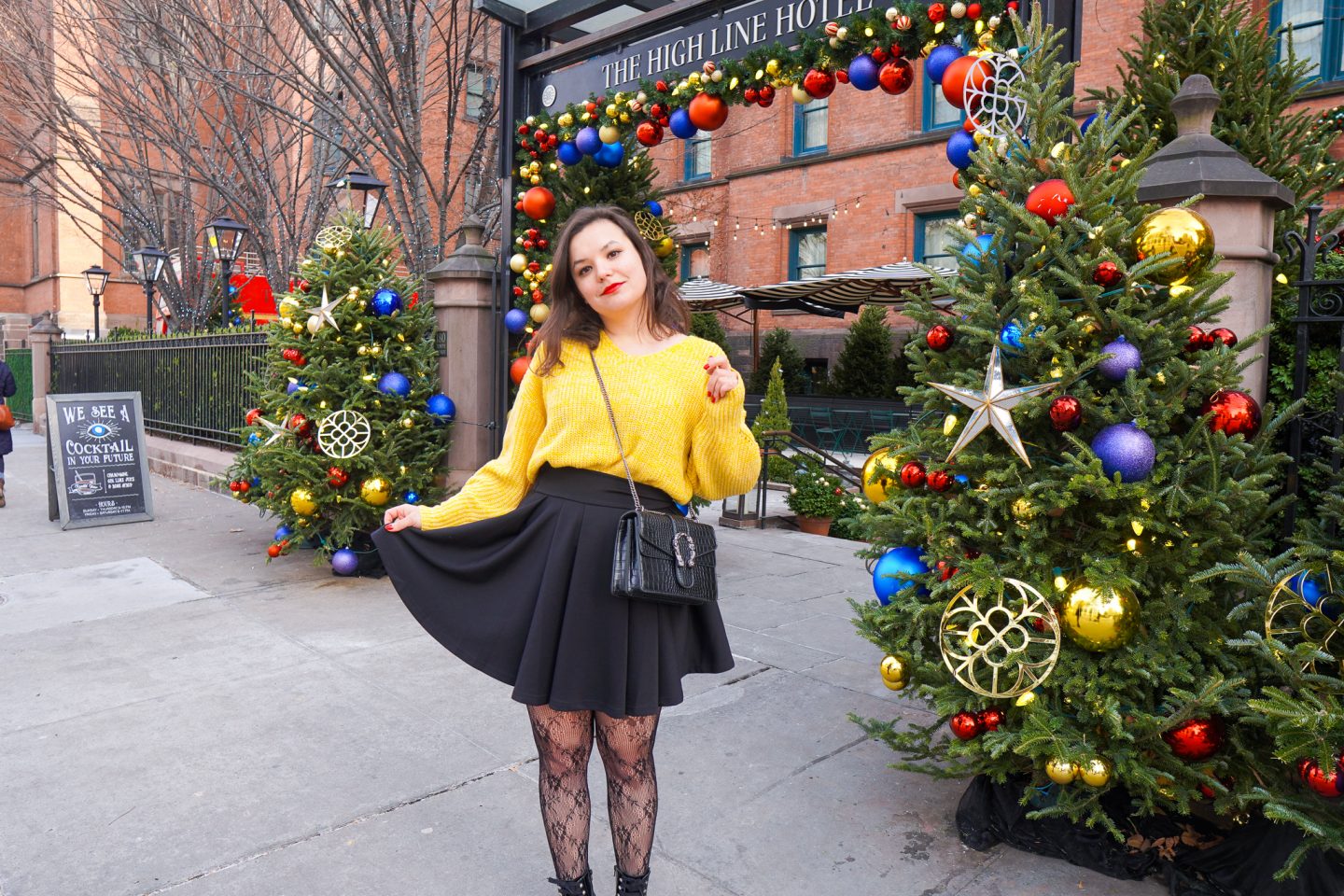 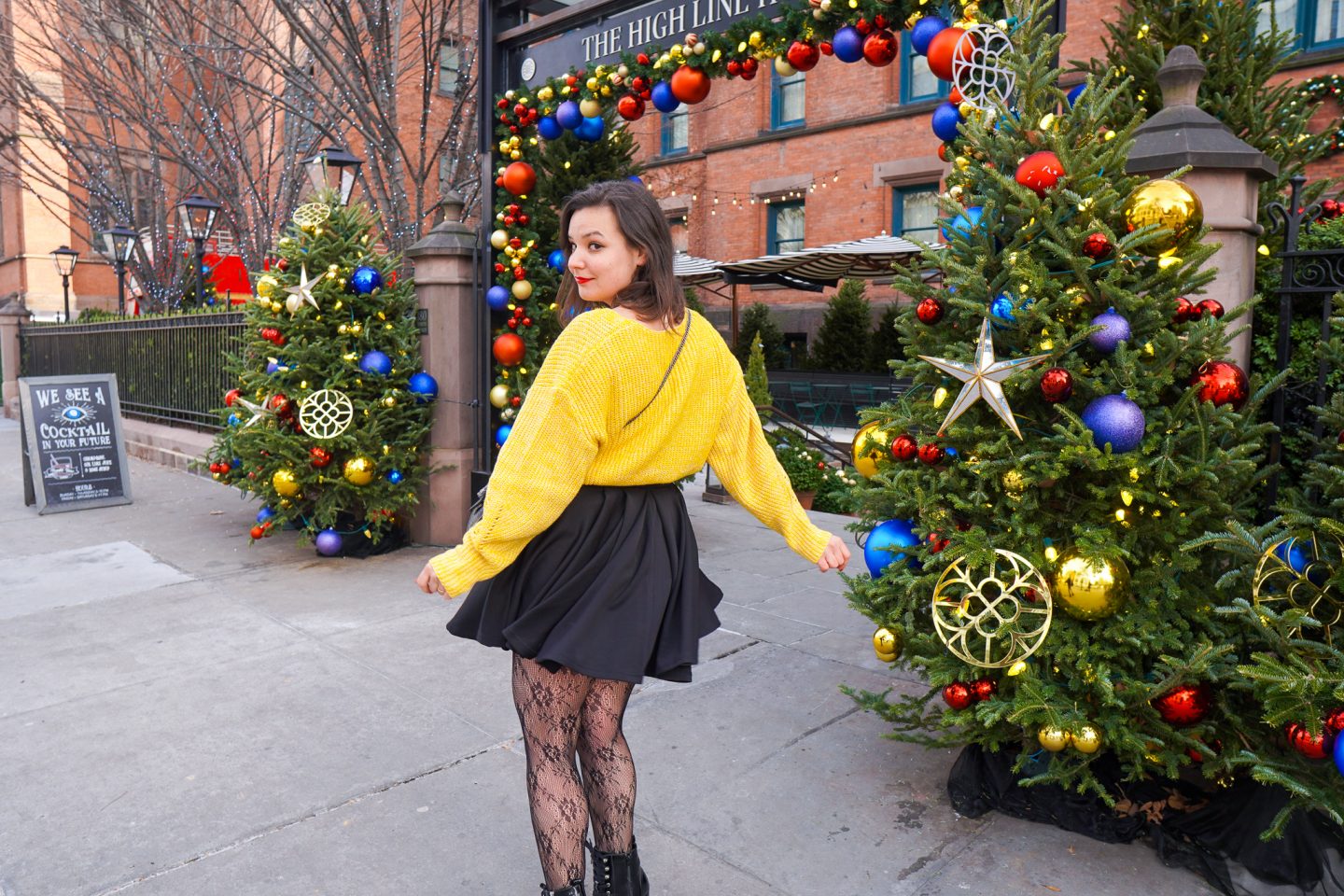 What about you? Any lessons learnt back in 2019? Is there anything you suddenly realize? Or any conclusions that were long overdue?