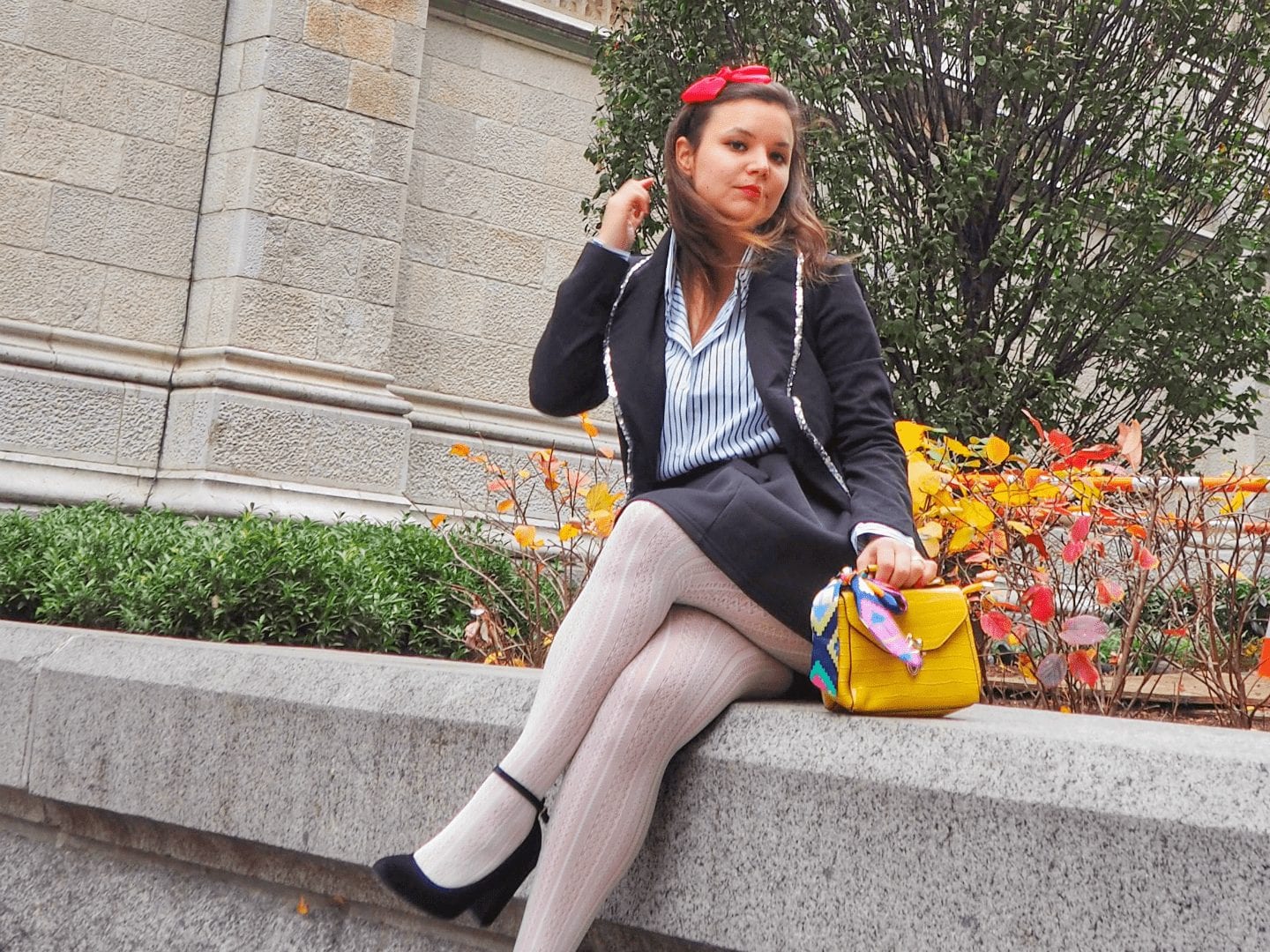 That’s official. And it’s been for quite some time. Gossip Girl is getting a reboot. Don’t get me wrong, as someone who is an absolute fan of the show and had seen it multiple times in different languages, the news made me super happy. Especially considering what we learnt in season 6. However, it seems that not everybody is that happy about the news. Some even say that Gossip Girl should not get a reboot!

So I took a step back. To reconsider. As much as I love Gossip Girl, the show always had a problematic aspect that I could not get past. It did annoy me quite a lot that it was never really addresses. Or showcased in a way that would have viewers to react and actively question what they saw. Instead of passively watching.

So here are five of the most problematic aspects of the original Gossip Girl that I do not want to see in the reboot!

Gossip Girl does have a relationship problem. Most of them are abusive. Sometimes in a physical ways, sometimes in a more insidious way: psychologically. Whether it is Dan being a constant dick with Serena, belittling her and making her feel bad about herself, who she is or what she had. Whether it is the twisted dynamic between Chuck and Blair. The show’s most iconic relationship, yet the most toxic.

This relationship has it all: physical and psychological abuse. Chuck Bass did get violent with Blair, mostly in season 4 upon learning from her that she is marrying Louis (sorry for the spoilers). But his abuse goes far beyond. He treats her like an object that he can dispose of as he sees fit. For instance, when he exchanged her against a hotel. He rejects Blair’s feeling times and times again while preventing her from moving on or refusing that she’d be with someone else. He manipulated her and was constantly gaslighting her. Blair was no angel either but their relationship was super unhealthy.

Everything going on between the pair of them is shown as a game by the show. However, a game stays a game as long as everybody is happy with the rules. The thing is, Blair stopped playing while Chuck kept her in the game against her own will.

There are plenty of ways to make a relationship dramatic, torn, powerful but making it abusive isn’t one of them.

2. No hazing or bullying

Another big no no of the series that was proudly showcased without never questioning it. Blair is a bully. A world class bully. But she isn’t the only one. Chuck is not ranking badly and so is Serena. Blair’s minions are also guilty as charged. Nate does act questionably at times but he does not fit the description of a bully. Dan was guilty of cyberbullying because we all know what he did.

It goes so much further than teasing or hazing someone. It goes as far as public humiliations, cyberbullying, blackmail, emotional abusive, hazing teachers, turning everybody against someone, and so on. Even the toughest of the toughest adult would not be able to go through that. Even if the could, it’s no excuse.

But because the show never really punishes the characters for their conniving intolerable behaviors, it sort of excuses them. Sure, season 6 sort of start to tackle it all. Especially when it comes to Blair trying to make a career in fashion and realizing that the main reason why she is failing is because she is a bully, and trying to fix it by bullying… But still.

I have nothing against having a Queen B or a mean girl. But there is a different between being snappy and authoritative and being a bully.

Ah, double standards. Those are probably my favorites. Especially because it highlights the sexist treatment of a lot of things in the show, but also in real life. How men and women are punished differently for the same crime. Misogyny at its peak. Here are a few examples to refresh your mind.

Dan is 16 years old and can flirt and date with Serena as he wish. It is okay if he sleeps with her. Jenny is 16 years old and she is bared from dating any boy. Nate sleeps with Serena while he is with Blair. Blair sleeps with Chuck while she is no longer with Nate. Nate gets a second chance and a clean slate. Blair gets dumped by Nate and humiliated in front of the whole school. Serena is sexually active. So is Chuck. She is a slut and he is a seducer.

The problem isn’t that the show showcase those prejudices and behavior as what they are. Because it actually is a reflection of society as we know it. The issue is that the show never really addresses the fact that they are sexist double standards and in the end, always lets the guys off the hook and shame the girls.

Maybe the reboot could make the case for women own their body and are free to do anything they wish with it. Including having multiple partners if they see fit. Being judge as an individual based on your sexuality is diminishing and sexist.

I never knew what to think when it cames to the female friendship. Because at time they were the strongest and at some other times, they are abusive and petty. And most of time contributed to reinforcing the cliché that woman can’t be friends.

Sure some situations in the show do justify a rift in the Blair/Serena friendship, which is the most iconic of the show. But some other times, I am sorry, it does not.

At some point, anything becomes an excuse to tear each other appart: a misunderstanding, an argument, a yogurt, a disagreement, enrollment at university, etc. Every time the female friendships seem strong, something happens to prove that they aren’t. And that female relationships are all about pettiness, envy, jealousy, malice and spite. Sure, it adds drama, but it is also tiring to see and not fun at all.

So please, in the reboot, have actual female friendships were communication is common practice and were they stick with each other no matter what.

5. No lack of diversity

And another thing that hits right where it should. The lack of diversity in the show. It’s almost all white! Living in the US, I am well aware of the segregation system, that even though illegal and torn down back in 1957, is still implemented in a very insidious way. Just look at neighborhood, industries or jobs. It takes no genius to realize that when seeing all-white or all-black neighborhood or jobs that are being performed by latinos only, blacks only, etc. And more often than not, they are not privileged and thus unlikely to afford a flat in the Upper East Side.

However, you cannot use that excuse to justify lack of representation in the show. It is a show, meaning you are free to do anything you want with it, including changing reality and creating your ideal society. So, yes, you have to have more diversity! Because representation goes beyond sticking to reality. When showing more and more people of colors in a show, it also shows kids from minorities that they too can do it. Seeing someone that looks like you in a position of power is powerful. It shows that it can be you too. While seeing only white people in said privileged position just says that if you are not white, you can’t get to there.

So please, in the reboot, quit it with the all white cast. And don’t make the black characters the mean guys, like you did in season 4. Have more diversity in the whole school as well as in the main cast. And that goes for skin color as well as sexual preferences. Because even the gay relationship that we see in Gossip Girl, is never in the spotlight and quickly forgotten after a few season. Do we see more of the LGBTQ+ community? No. But we do witness Blair making fun of lesbians in season 3 though. 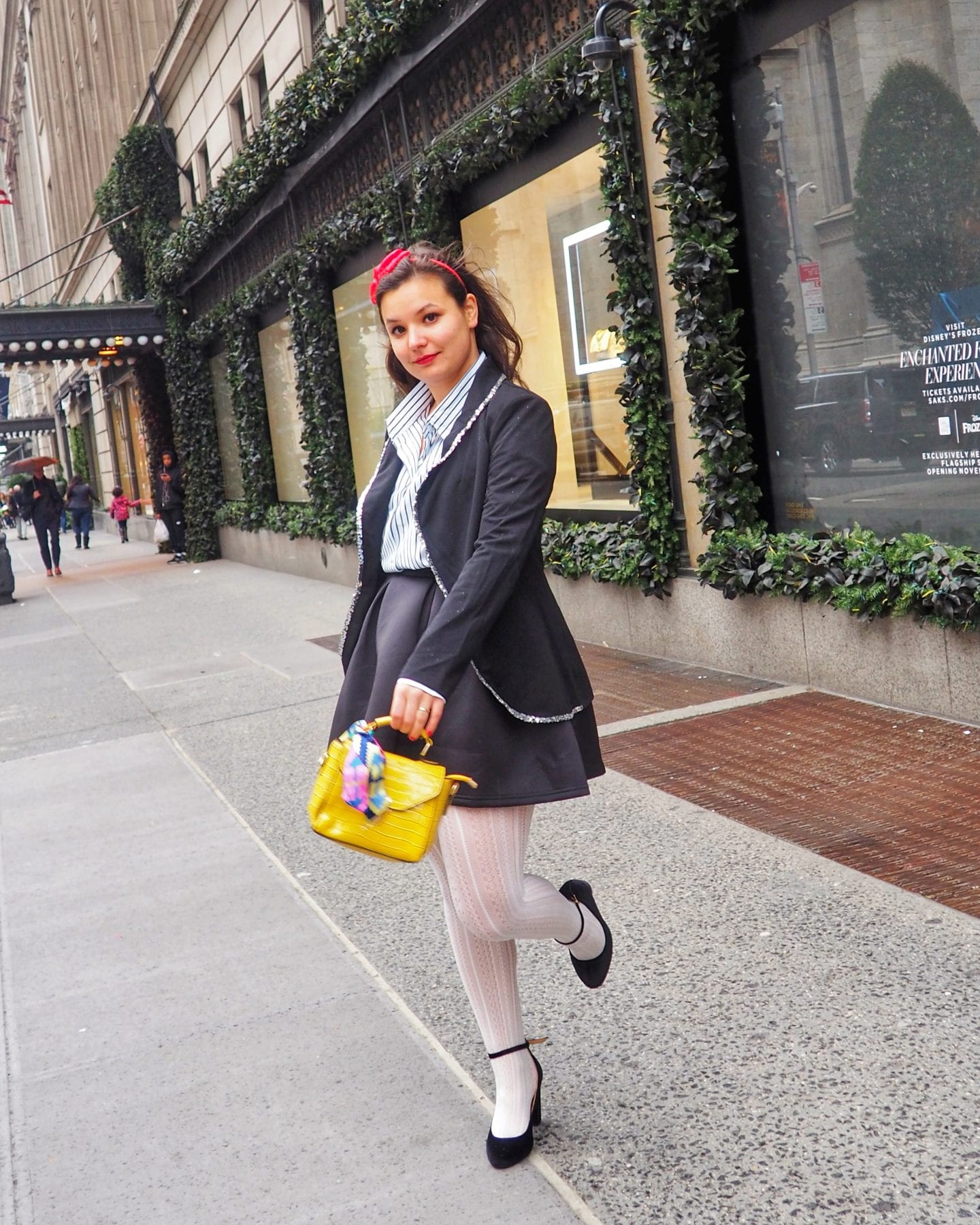 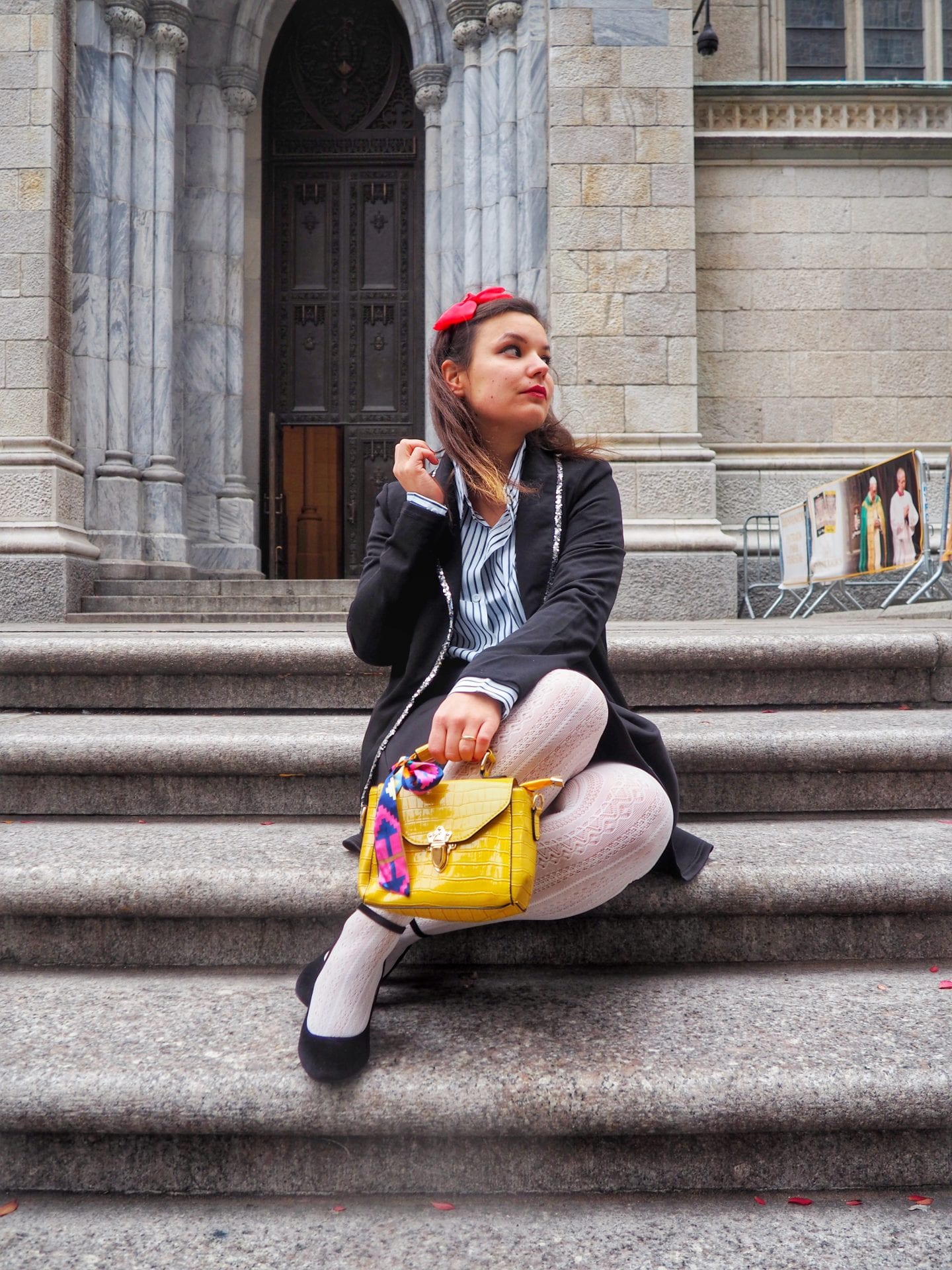 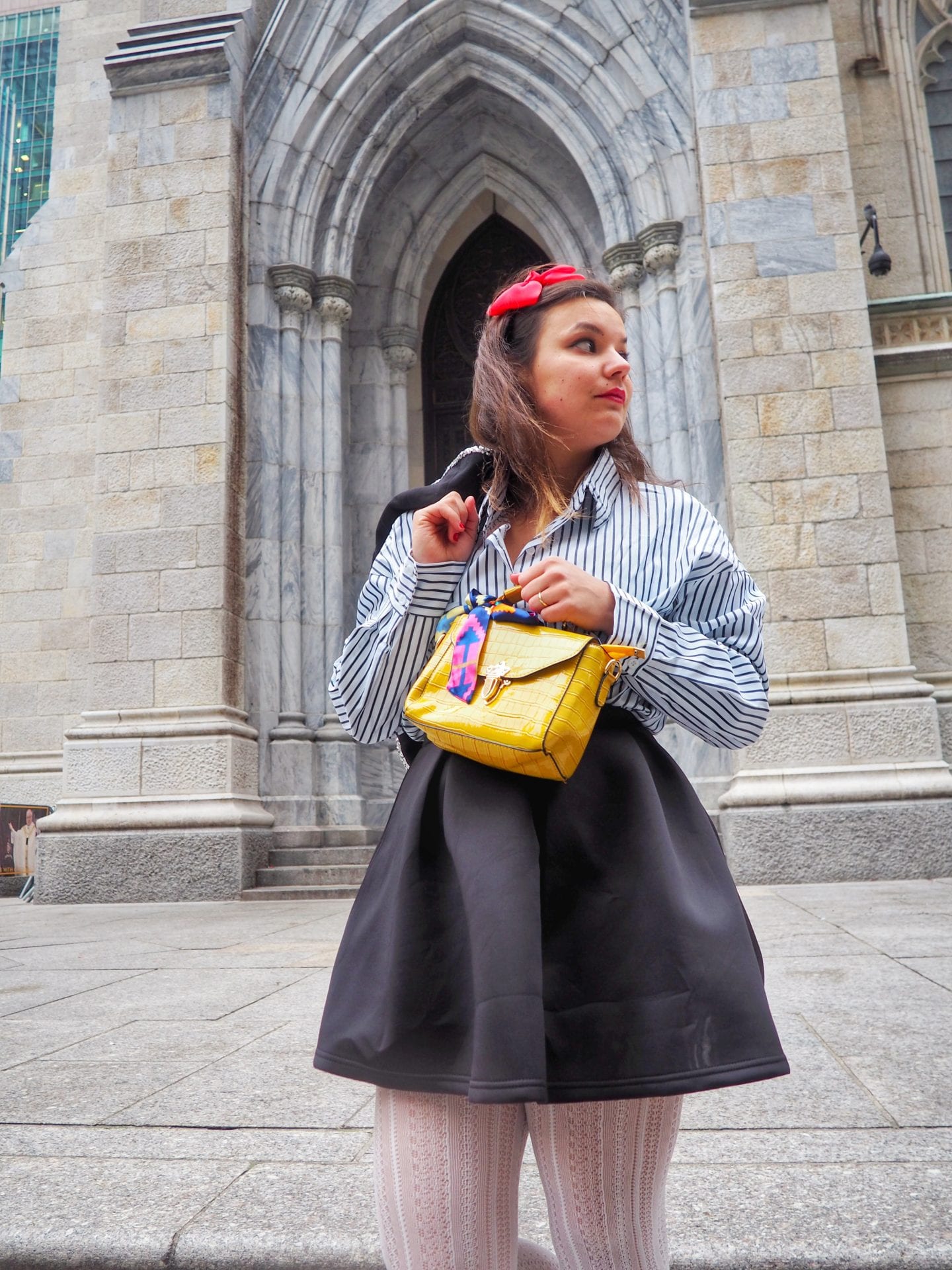 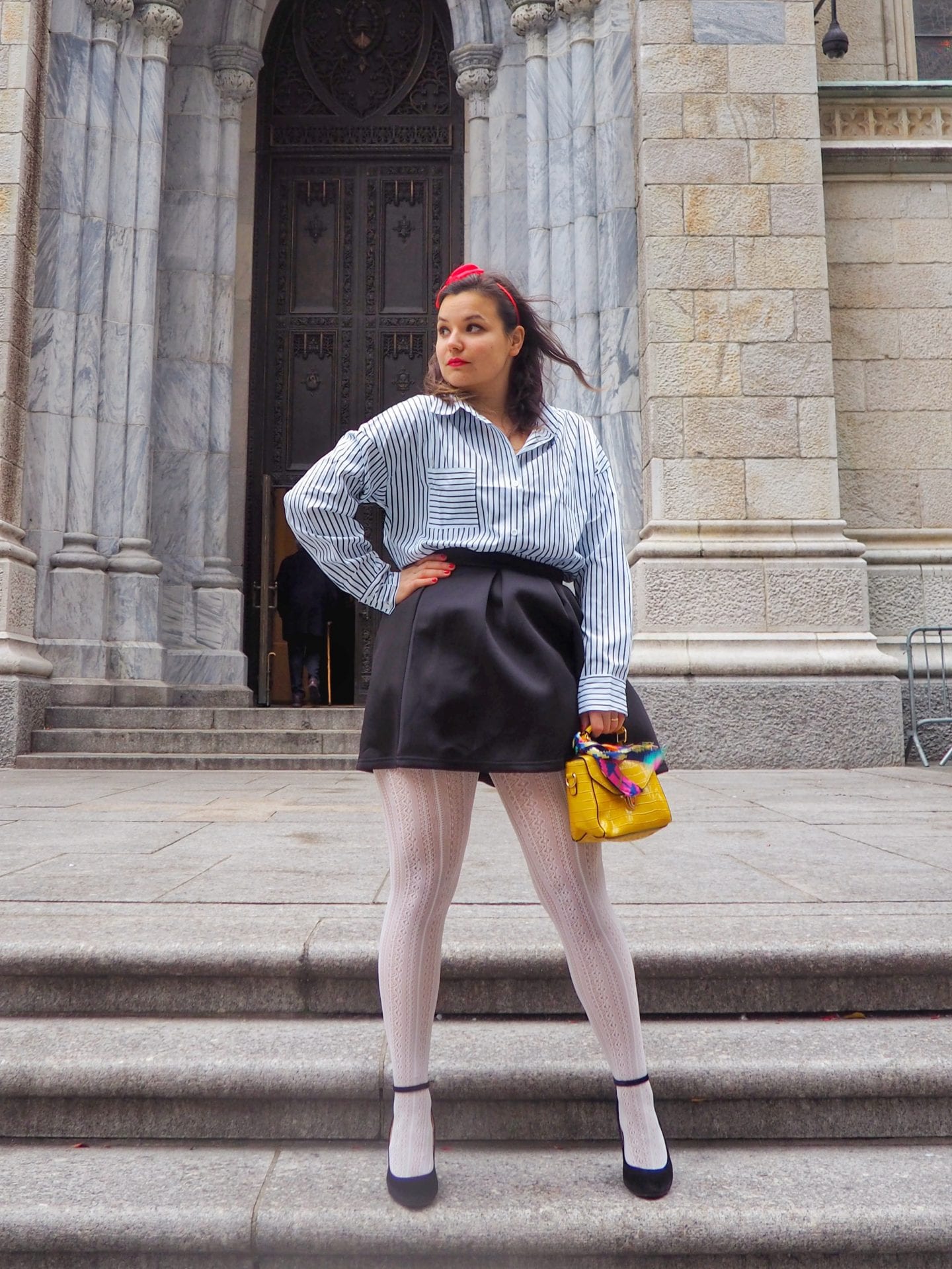 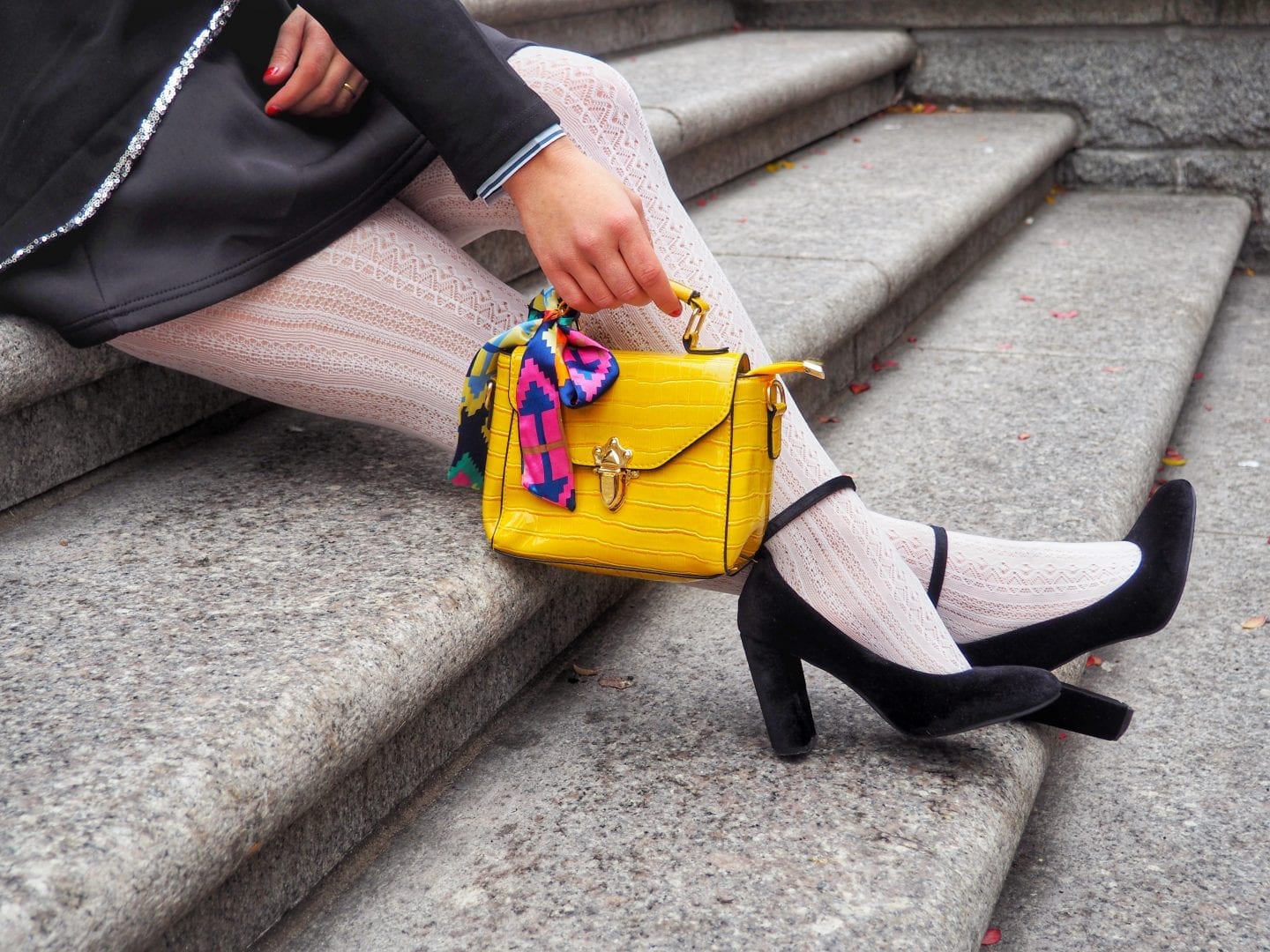 Are you excited about the Gossip Girl reboot? Did you watch the original show? What did you think about it? Do you find it problematic too? What do you want to see in the reboot? And what do you think of my Blair Waldorf inspired outfit?

Thanks for stopping by. Hope you liked this post.