The world of social media has its ups and downs. One day people are having a blast and the next a storm explodes. More often than not at the center of the turmoil, is a blogger or an influencer. Why is the storm hitting the bloggers and not the people around them? Critics are quick to point out that bloggers supposedly take on ‘collaborations’ that don’t reflect their authentic selves or are portraying a reality that is fantastical, over the top and far removed from what real life actually represents.

But isn’t that the duty of bloggers, to entertain their readers and give them escapism from their everyday lives? As long as bloggers make it clear that what they are presenting to their readers is a sentimentalized version of reality, then there is no reason to create a witch hunt and blame bloggers for all the misery in the world. So my question therefore is do bloggers have a duty to educate their followers?

I remember a few years ago, Nicki Minaj released Anaconda, a sexually charged music video where Nicki was ‘twerking’ with backup female dancers, in a dance sequence that celebrated the beauty of the female body. And yet, surprise, surprise, Nicki received a lot of backlash for daring to accentuate her voluptuous curves or having the audacity to be so comfortable in her own skin. Despite racking up millions of views, critics tried to oppress and dehumanize Nicki’s sexuality, claiming that ‘its pornography’, that she ‘does not respect herself’ and is ‘selling her body for money’.

It baffles me that people could hold such archaic views of women who are comfortable in their own skin and how we still revert back to that ‘angel in the house archetype’ where women should ‘cover up their bodies’ and follow the so called rules of moral conventions. One of my favourite reactions was when Nicki was told that she was a bad role model for women, and was a negative representation of what ‘feminity’ should stand for. But who says that females have to act and look a certain way ?

After all, Nicki Minaj is one of the most powerful women on earth; she’s nailing it. Nicki is a rapper, singer, composer, business women and so much more who knows what she wants in life. Above all she teaches us to be comfortable in our bodies as she is comfortable with hers, showing how the power of dance can allow ourselves to express how we feel, and what to come across to others. So what if she likes to twerk and show off a little skin? Let her do what she wants. After all isn’t that what feminism is about, allowing ourselves to feel comfortable in our own skin and empowered in our bodies ?

Which brings me to my next point. If Nicki is such a bad female role model’ then why are parents allowing their children to watch non-age appropriate videos and content ? Shouldn’t it be the duty of the parents to control what their kids are watching, instead of blaming the singers, the dancers and the actors for creating ‘adult content’ ? Secondly, I don’t know about you but I have never read in a singer’s job description that it is their duty to be an ‘educator’ or a ‘teacher’. It is the parent’s job to teach their kids to be vigilant with what they see online, on the TV or on any other media platforms.

Social media is a place where content is king. Imagery must be beautiful, mind blowing and whimsical. People want to be inspired and want to aspire for more. They want to be enchanted and see beautiful photos. Thus, Instagram has become a place where you share the best aspects of your life. Which can sometimes condition people into thinking that influencers have the perfect ‘instagrammable’ life.

What we need to bear in mind is that Social media is something relatively new. It is experimental for most people and can be confusing at times. But it is also a place where people can express their creativity, so when critics choose to ‘critique’ or dismiss a bloggers content as being ‘fake or unreal’ they are putting a dampener on a bloggers creative process. Isn’t it obvious that the content we create is engineered to create a moment however, that in order to create a photo or tell a story that there must be some element of fantasy to curate content ?

Thus, yes, some content is not real. Some content is worked, embellished, constructed and staged. It goes into the name. From there, it is obvious to me that it might not be reality. Internet trolls and haters should stop thinking that people on Instagram can’t tell the difference between real and staged moments. Most of us can. And for those who can’t who are usually vulnerable or very young people, then they need to be told and warned from the beginning.

Is that an influencer’s job though?

The internet, twitter trolls and haters seem to think it is. I think it is not. It is not an influencer’s job to educate and teach people to learn how to make the difference between, real, staged and fake content. They can occasionally remind people to be vigilant if they feel like it. But it is not their job to teach the world that their content is not real. Of course it is not, it is a photo! By definition it is staged.

Even the most ‘natural looking photo’ has some element of fantasy within it, whether that be the angle or aesthetic the photographer chooses to curate or the story that they wish to tell.

Parents and teachers are there for a reason. Parents raise kids so that they grow up learning how to protect themselves and on how to handle ‘real life’. Teachers educate kids on other matters. It has always been like this. So why all of a sudden do we think that young women and men who work in the creative industry, and whose very purpose is to entertain and transport their readers, have a duty to educate their followers ? I am not saying however that there should not be some kind of ‘prevention course’ and in some cases there is no harm in the influencers reminding people that life online is not life offline. Nevertheless it is not the influencers job to educate kids. It is a parent’s job.

Another thing that really bugs me is the double standards in the media industry, especially as bloggers become scapegoats and yet other ‘more respected’ media roles like TV and Film, as well as journalists are treated differently because their jobs apparently hold more prestige. For example

Influencers do ads, which are by definition, staged. And they get hell for it. While almost no one dares to say anything about actual TV and magazine ads, which are often more damaging and staged than an ad on social media. So Picasso can paint a nose on the forehead but it’s all fine while Listerine on a bed side table and pancakes on a bed are a crime? It just does not make sense, this is a clear example of double standards in the creative industry. My guess is that influencers make the perfect scapegoat because people don’t understand them or how their industry works. They are also easy to target because they are individuals that can be vulnerable and really affected by what is told online, especially when it is negative. In contrast a brand can get insulted and they won’t give a sh*t.

So yeah, here is another thing you need to teach your kids. Be kind. Don’t troll or bully. Remember that behind a screen, there is a person with feelings, emotions and vulnerabilities. Teach them to not do to others what they would not want done to them.

Do bloggers have a duty to educate when it comes to product endorsement?

When an influencer promotes a brand and a product, they endorse said brand and express their agreement with their practices. As a result, they are giving their followers the go-ahead to buy the product. If it is a product that can harm mentally, psychologically or physically, then yes, it is their responsibility to educate their audience.

When influencers promote an appetite suppressant, which put a lot of pressure on girls to alter their body , then yes, influencers do have a responsibility. They can contribute to endangering someone with their endorsement, when it is something that can alter the body or mind. Refusing such collaborations is basically going against the brand. It is showing that using social (body) norms that often create insecurities and make people vulnerable to make money is unacceptable.

To me, this is the only context where influencers have a duty to educate. By refusing un-ethical collaborations or warning their audience of the potential damaging effects of working with certain brands. Otherwise, no, it is not an influencer’s job to teach strangers how to tell the different between real, staged and fake content.

They have a voice and followers who listen to them, it is true. They can choose to educate people. CAN is the operative word here. It is a choice, not a duty. Teaching and educating is however a duty that parents and teachers have. Not Influencers. 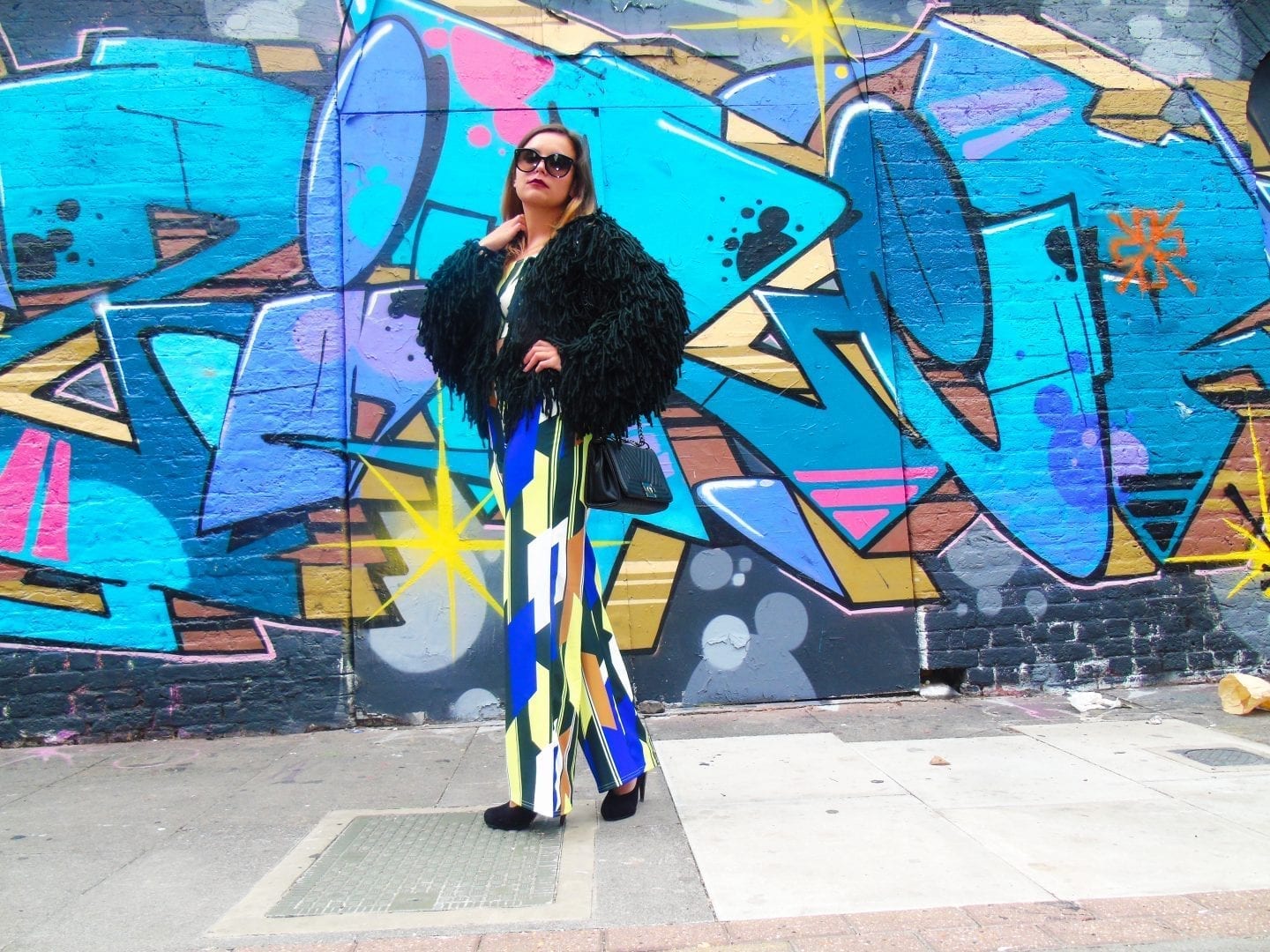 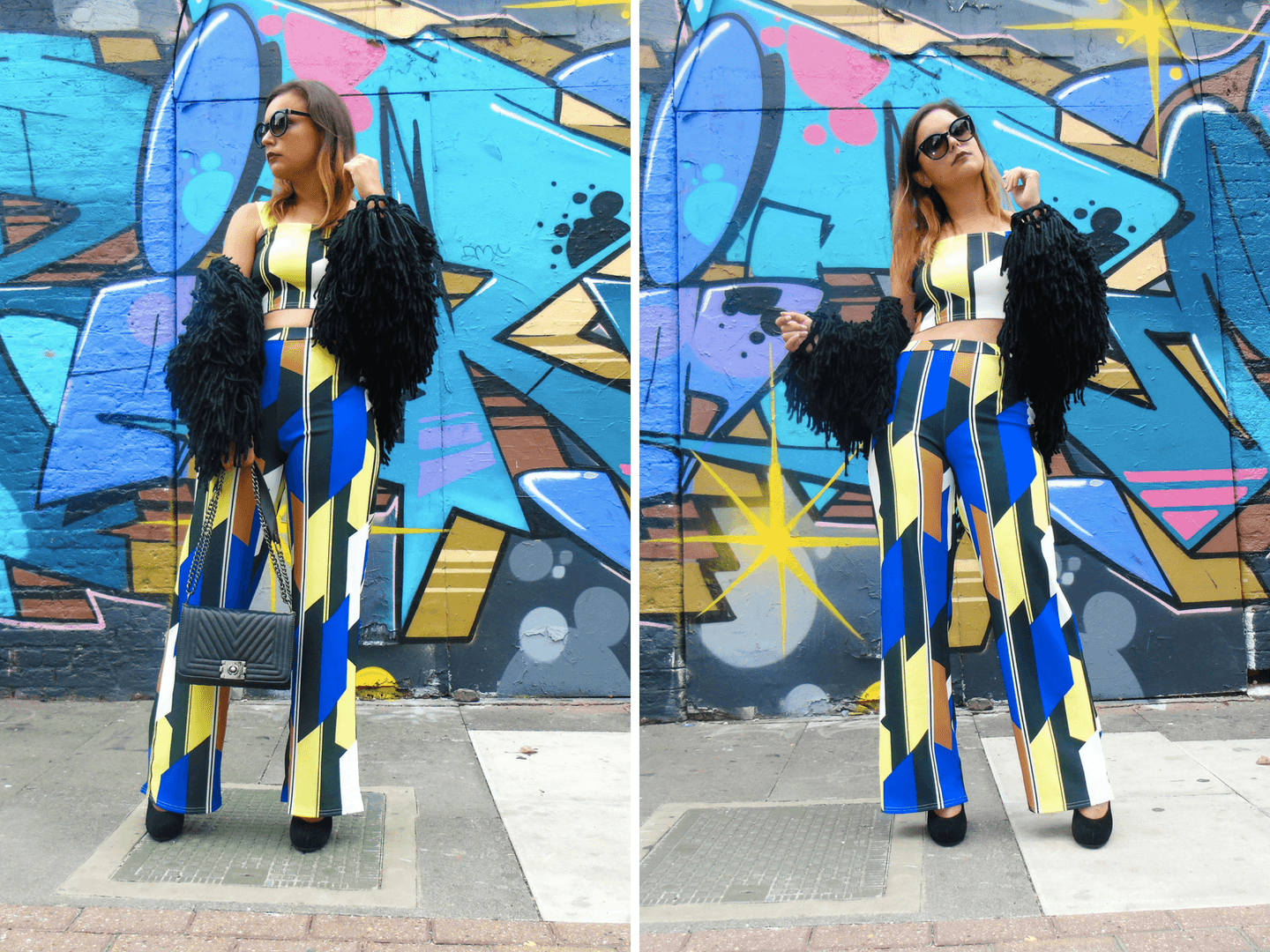 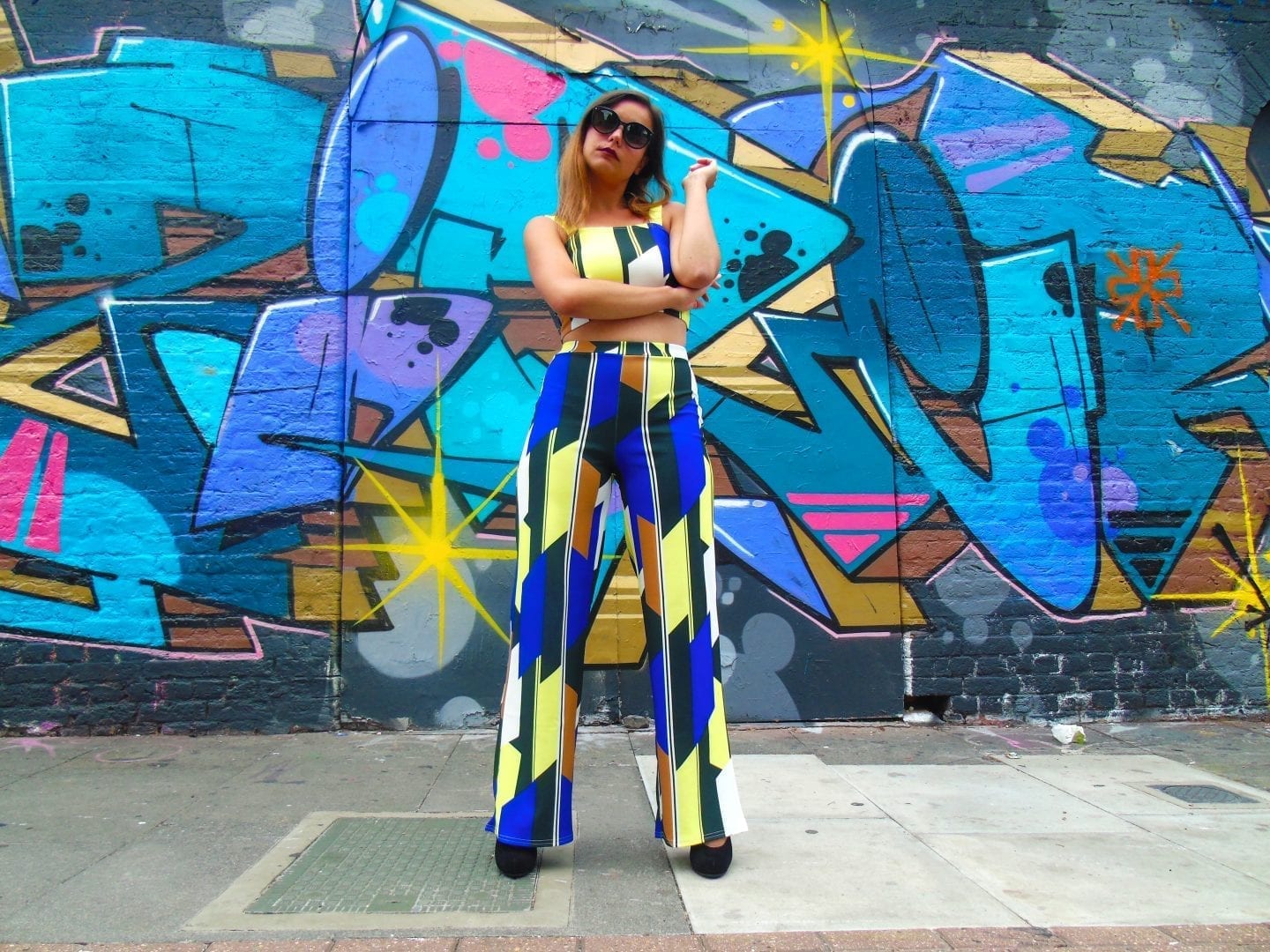 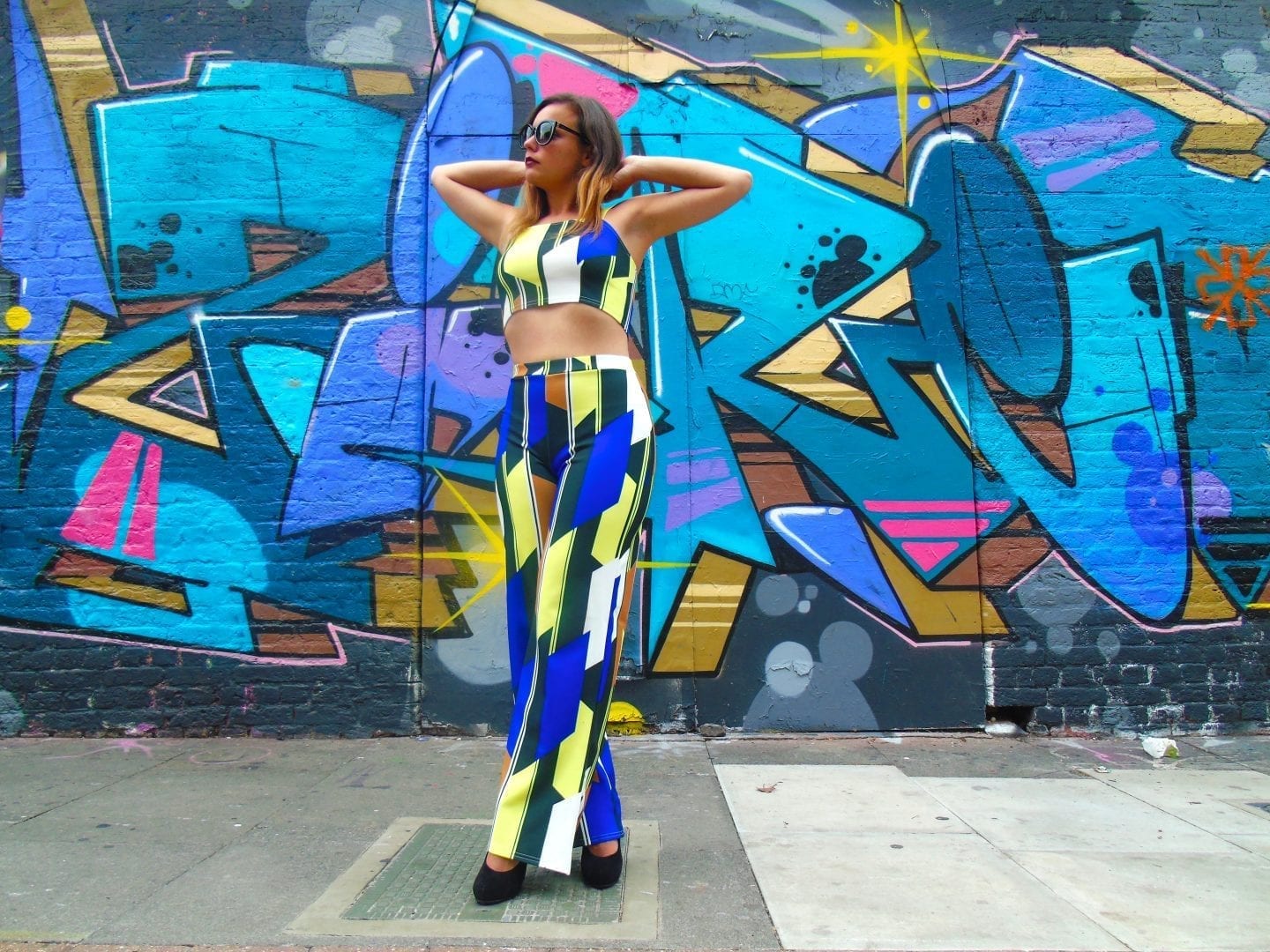 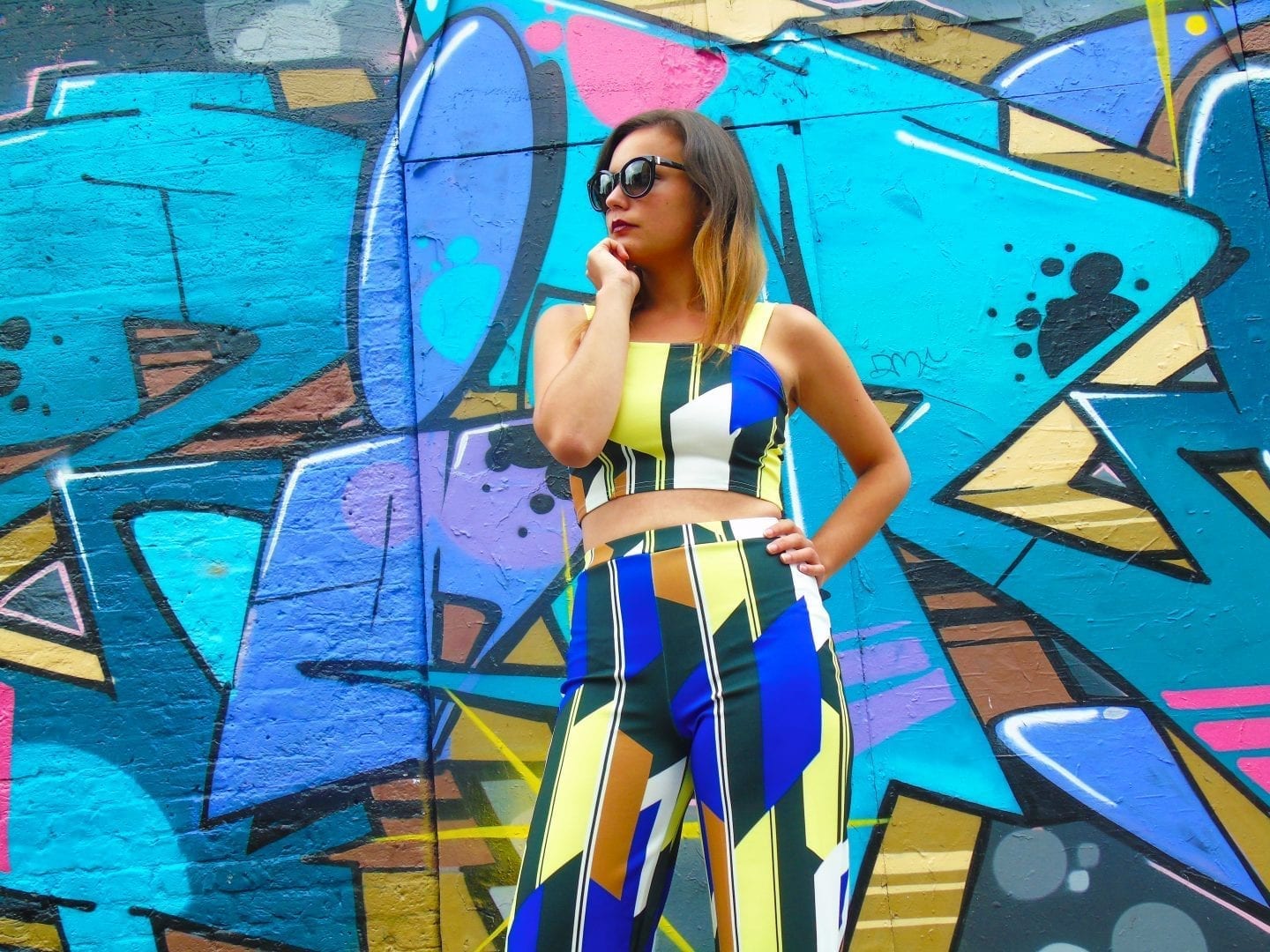 What do you think of all the controversies around content creators? And influencers? Do you think it is a blogger’s duty to educate? What’s your take on the issue?

Thank you for stopping by. Hope you liked this post.

*Some fashion items featured in this post are gifts from brands but all my opinions remain my own.