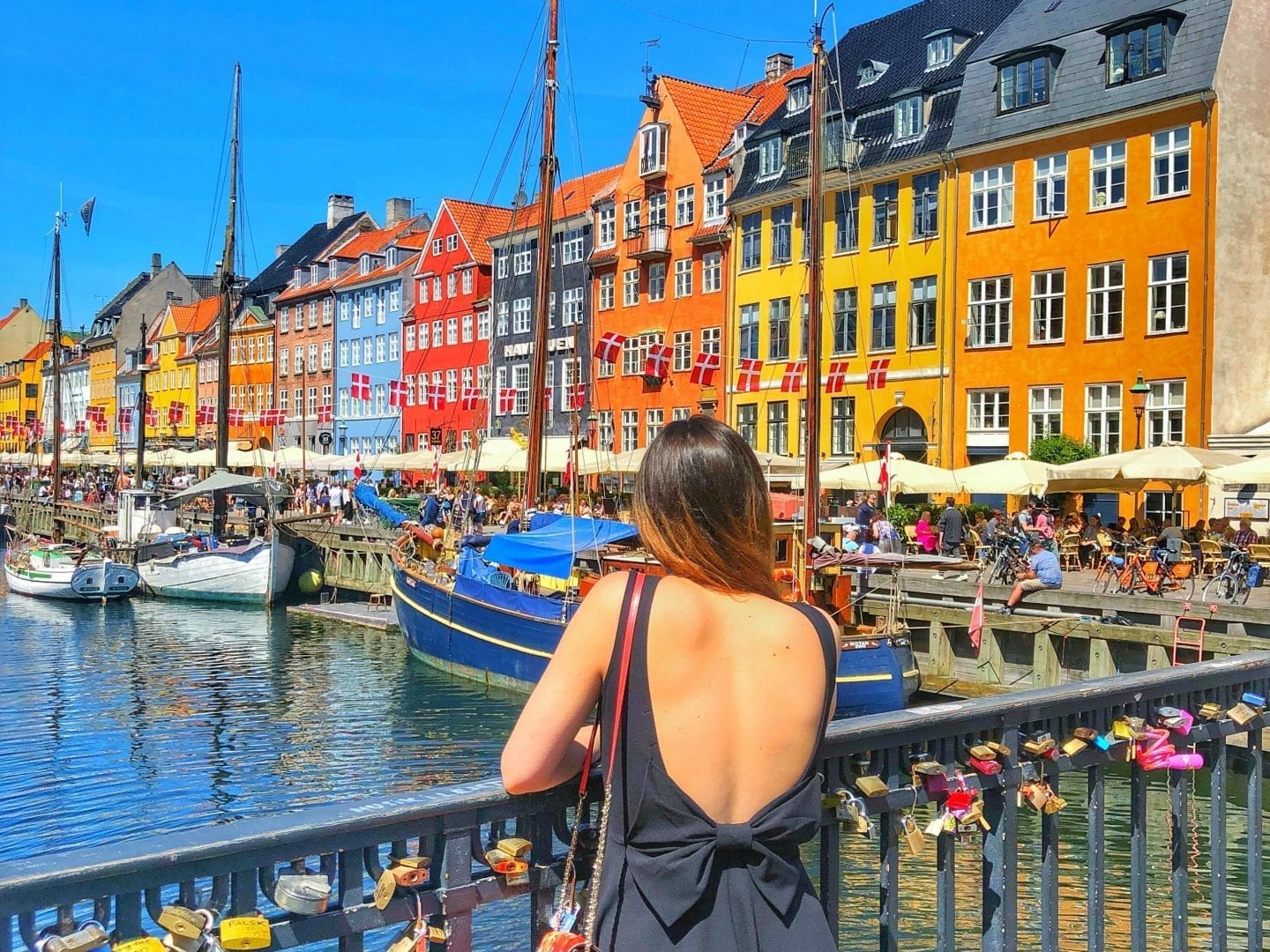 Spring Bank Holiday. My boyfriend and I flew out to Copenhagen. Him from Edinburgh, where he lives. Me from London. That’s funny because both our flights took off late. Not the same airline though. He lands first and rushes to our Airbnb in Norrebro. I basically lands when he picks up the keys of the flat. We reunited there and ready to make the most of our little escapade to Copenhagen.

Our Airbnb was located in Nørrebro, one of Copenhagen’s ten districts and ten minutes away from the city center with the bus. The flat was absolutely amazing! It was a one bedroom flat with wooden floor and a lot of plants. It might  be a bit of a cliché but the decoration was very Scandinavian. Modest, subtle, sleek, minimalist, space occupied perfectly. Yes, it looks amazing!

First thing first in the morning, coffee! We went to a café located just five minutes walk away from our flat, called Arrebo. They had those morning buns there and it was the best pastry I ever had. Super buttery though! Then, we were good to go for a little exploration. Following Tagensvej to the city center, through to Nørreport station where there was an amazing market and to the waterfront, on the left bank. All along the bank were chaise longues and street food or drink sellers. How amazing was it to sit on one of those chairs and look at the water under the sun? 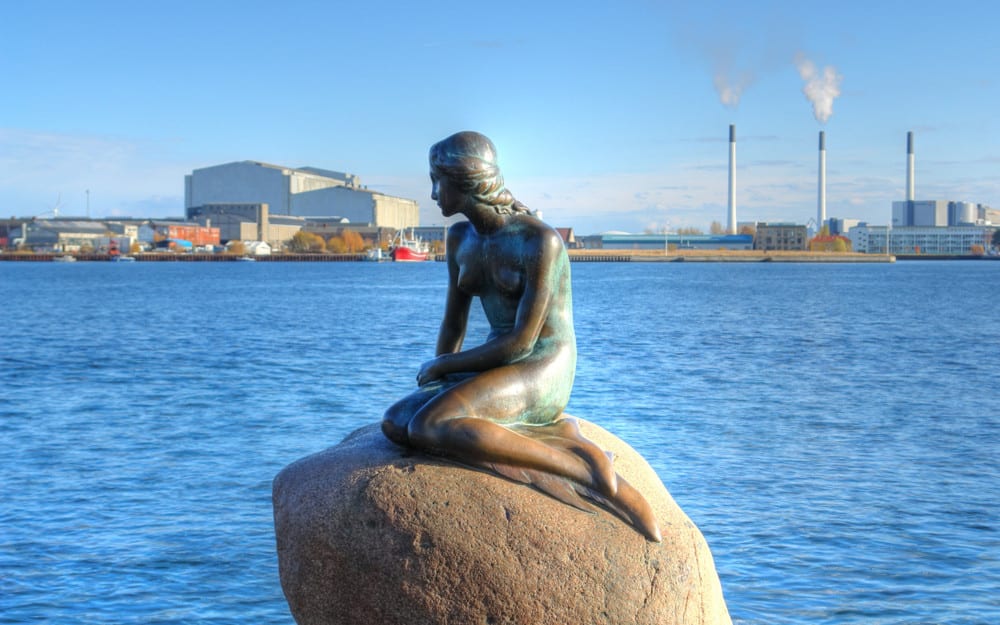 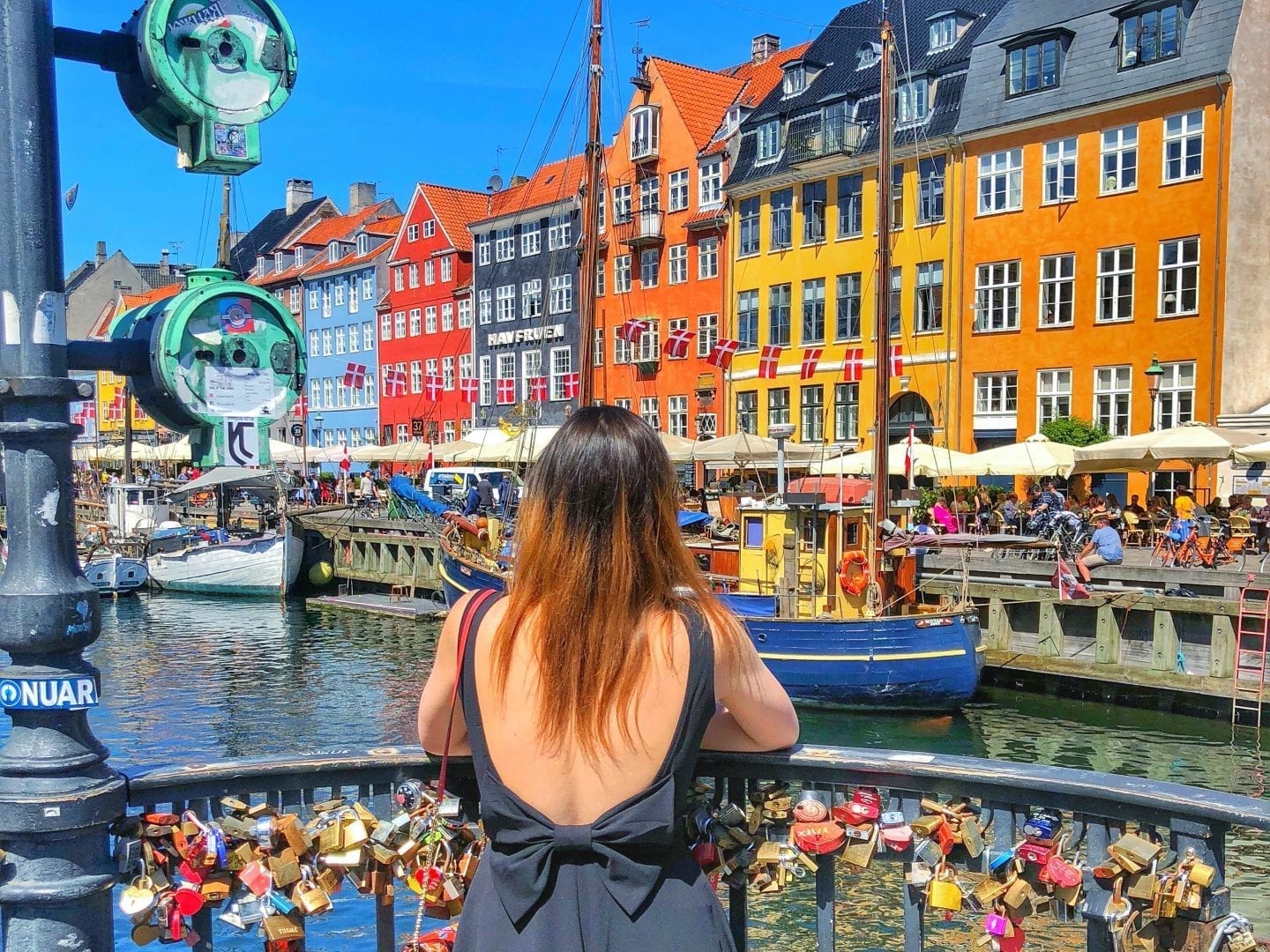 We walked until the statue of he Little Mermaid, took that shot for Instagram stories – of course – and carried on until Kastellet, a star-shaped island fortress, which houses various military activities but mainly serves as a public park and a historic site. We walked back to the city center and had lunch in Nyhavn. Nyhavn is a canal and waterfront in the city center that is super famous – and also Instagrammable – for those super colorful houses. We did so much walking on that day – glorious day with amazing sun – that after our late lunch, we walked through the commercial streets of the capital, Stroget, stopped an hour for a glass of wine then headed back to the Airbnb for dinner and a chilled evening.

While the Friday had an amazing weather, Sunday and Saturday had a thunderstorm forecast. Fortunately, even though the weather was not as good as the day before, it was warm and nice. We walked again from our flat to the city center and headed towards the Museum of Design, which that day was free for all as it was the first day of their Design X Change exhibition. It also was the prince crown’s birthday. I love museums and this one made no exception, especially the rooms dedicated to fashion! We had lunch in a seafood restaurant on Kongens Nytorv then walked through to Østre Anlæg Park and back to our Airbnb. To be honest, we did so much walking each day that we we saw many streets, buildings and key places in the city but did not necessarily enter each and everyone of them. 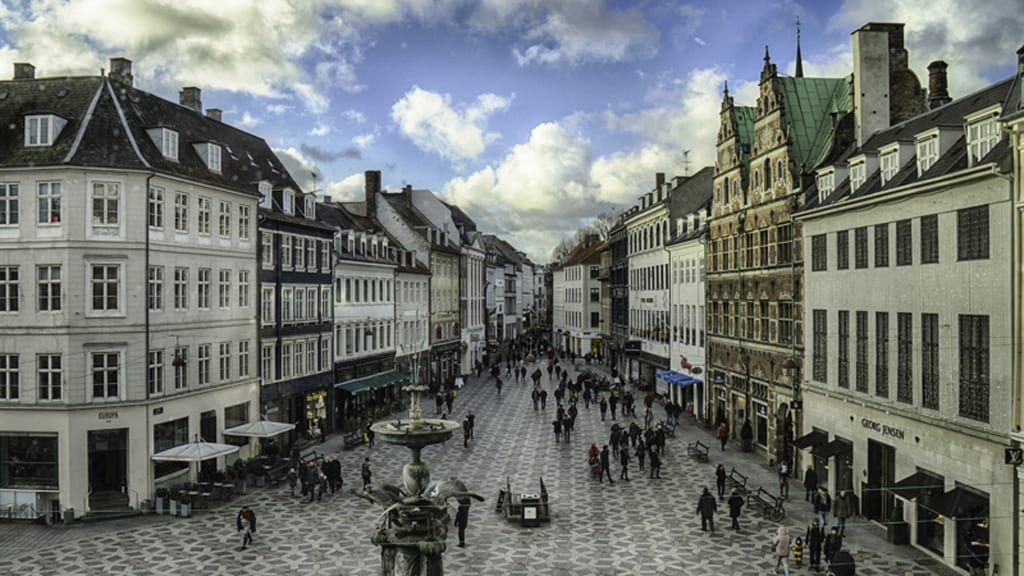 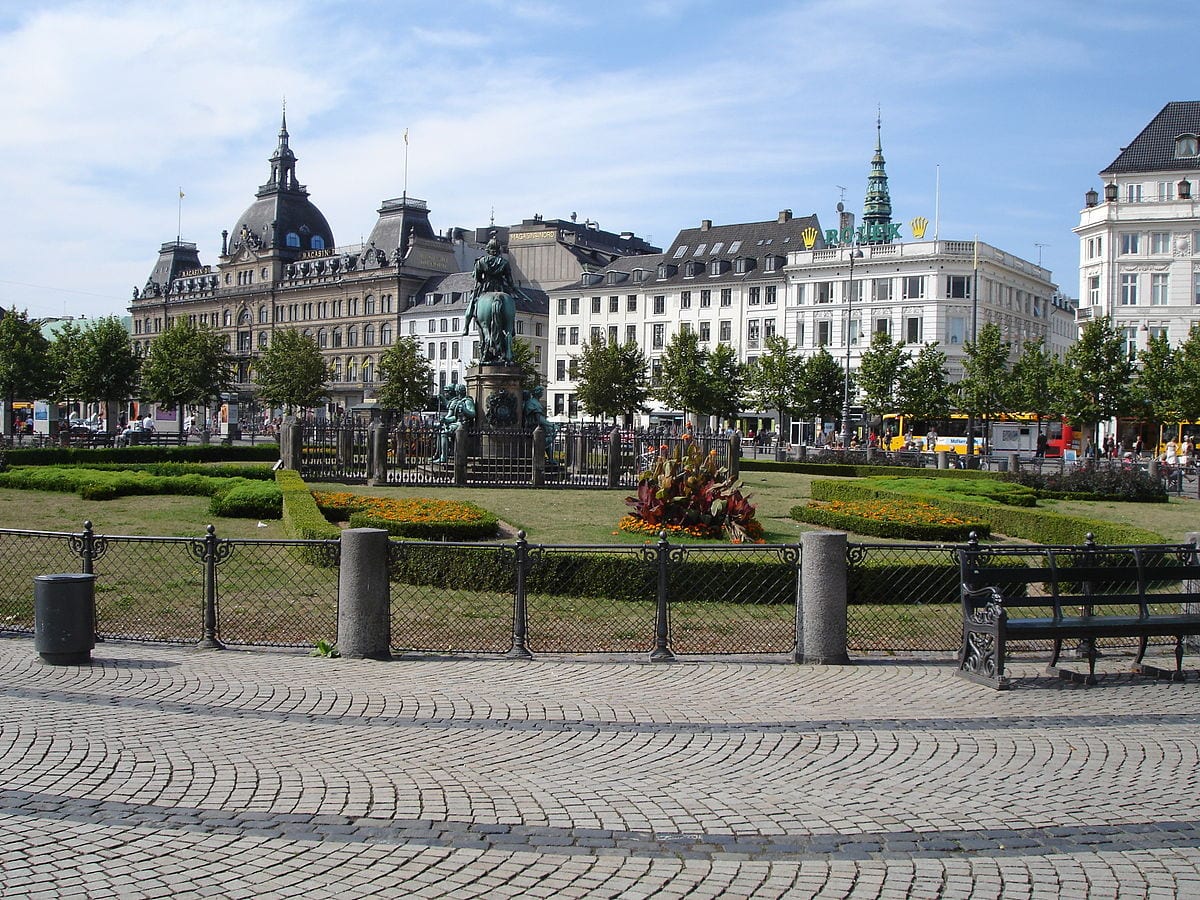 We spent most of our last day at the museum. The National Museum of Denmark, which is hosted in a beautiful building dating back from the nineteenth century and mainly showcasing Dannish history. We went for lunch in a restaurant on one of the nearby squares and back to the museum. They have this clever system where your ticket is valid for a day and as long as you don’t give it back, you can come back. Then we headed to Freetown Christiana, a self-proclaimed anarchist district within the city which is now managed by the city. I know it is a very popular tourist attraction with some cool street art… BUT… but… seeing people sell cannabis in the open was kind of off putting if you know what I mean.

We walked a lot around the city. As previously said, we saw many streets, buildings, squares and places. We had selected a few key locations to go to and decided to make the most of each. We have not seen quite a lot of the city which gives us an excuse to go back there. Amongst other options of things to do in Copenhagen: Tivoli (amusement part), Amalienborg (Queen’s castle), Rosenborg Castle, Rundetaarn, Christianshavn, Frederik’s Church, Copenhagen’s Zoo, the national aquarium, the museum of natural sciences and so many others. 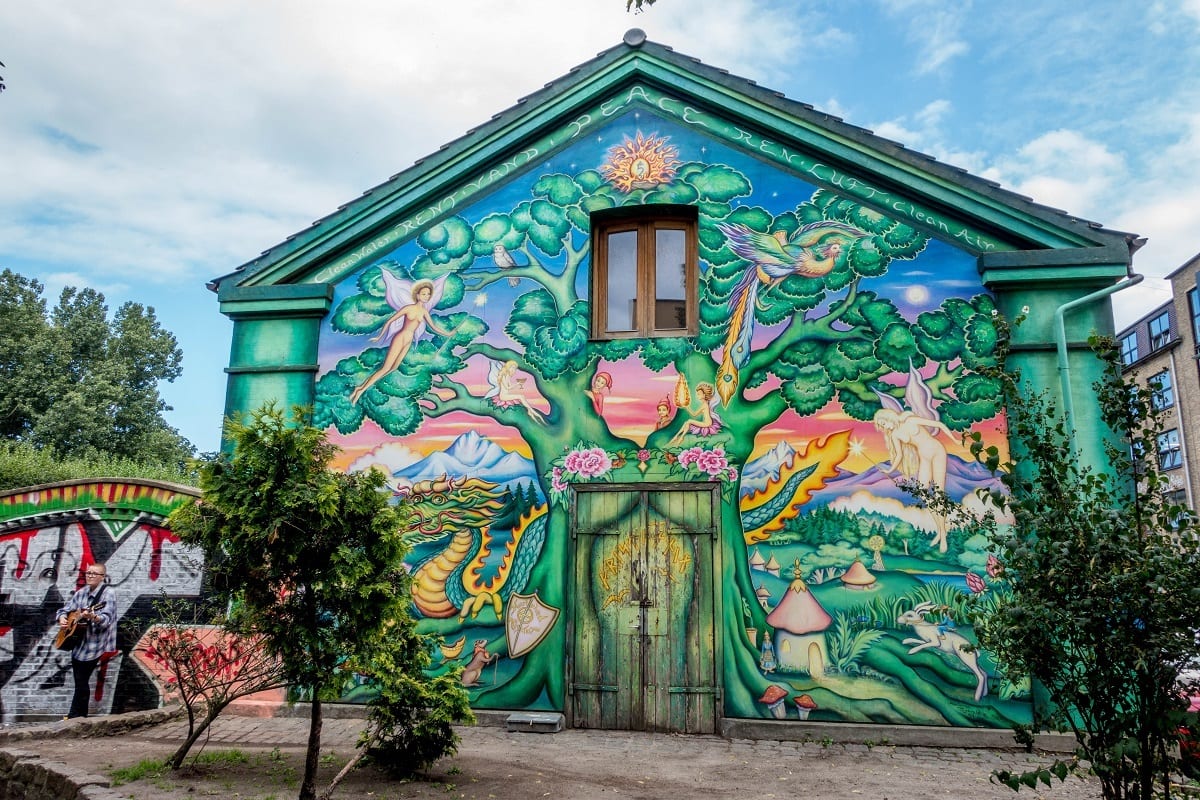 Have you been to Copenhagen before? Or anywhere in Denmark. What do you think of the city? Are you planning to go? What would you like to see? Where is your next travel destination.